High school can be hell. Especially when you throw demonic possession into the mix! 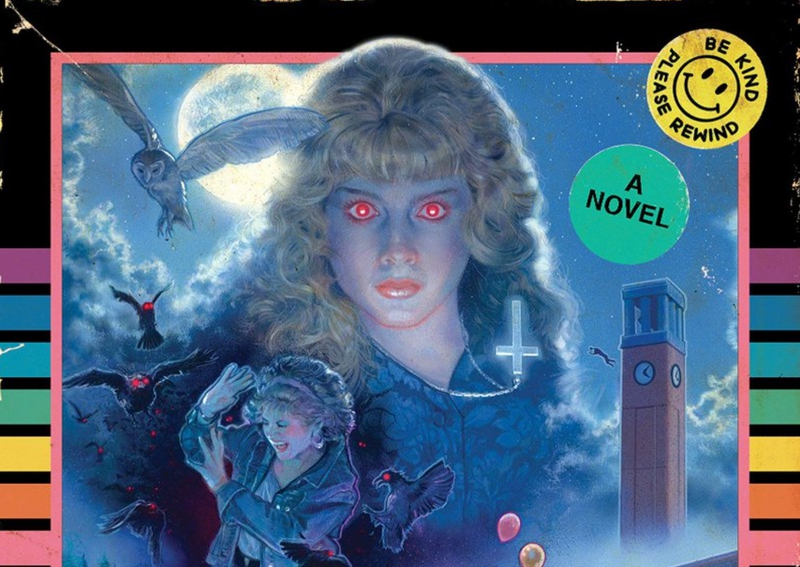 MY BEST FRIEND'S EXORCISM making the leap from book to screen.

Grady Hendrix's 2016 novel, My Best Friend's Exorcism has been adapted into a feature and will be hitting Prime this fall! Directed by Damon Thomas (Killing Eve, Penny Dreadful) and written by Jenna Lamia (Good Girls, Awkward) from Hendrix's book of the same name. The film stars Elsie Fisher (Eighth Grade, Despicable Me), Amiah Miller (The Water Man, War for the Planet of the Apes), Cathy Ang (And Just Like That..., Over the Moon), Rachel Ogechi Kanu (Cheer for Your Life), and Christopher Lowell (GLOW, Promising Young Woman). We've got a first-look at best friends Abby (Elsie Fisher) and Gretchen (Amiah Miller) in all their '80s besties glory. We've got big hair, acid washed jeans, after-school job froyo, and we are here for the whole vibe! 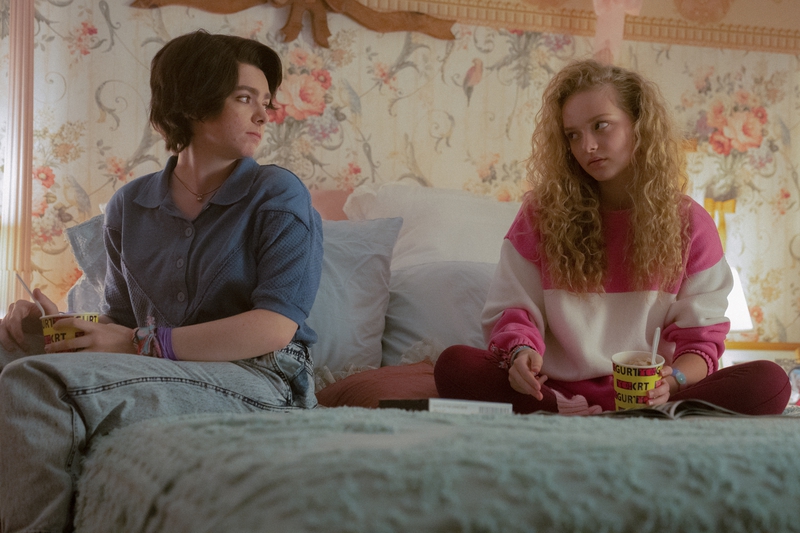 Hendrix's 2014 best-seller Horrorstör took readers by storm, and he hasn't let up since. Grady describes My Best Friend's Exorcism as, "basically Beaches meets The Exorcist " and we'd say... that's pretty damn spot on. Hendrix definitely has a penchant for uniquely blending a hell of a lot of heart, humor, and horror, and Exorcism is probably the ultimate example of this.

In an interview with FANGORIA, Hendrix has this to say about the adaptation, "I wrote My Best Friend's Exorcism back in 2015, so having it get made into a movie now feels like my kid has gone off to college and is sending me postcards – I'm psyched to hear the news, but it's out of my hands. In this case, however, it sounds like they're hanging out with the right crowd, so I feel like they're not going to die from binge-drinking or setting themselves on fire, which is very exciting."

We think this spawn of Hendrix is hanging out with precisely the right crowd. Take a look at the official synopsis below.

Surviving the teenage years isn’t easy, especially when you’re possessed by a demon. It’s 1988, and best friends Abby (Elsie Fisher) and Gretchen (Amiah Miller) are navigating boys, pop culture and a paranormal force clinging to Gretchen like a pair of neon legwarmers. With assistance from overly-confident mall exorcist Christian Lemon (Christopher Lowell), Abby is determined to compel the demon back to the pits of hell — if it doesn’t kill Gretchen first. At turns horrifying and hilarious, My Best Friend’s Exorcism pays homage to 1980s pop-culture with a totally timeless tale of terror and true friendship. Based on Grady Hendrix’s bestselling novel.

My Best Friend's Exorcism is available on Prime Video September 30, 2022.