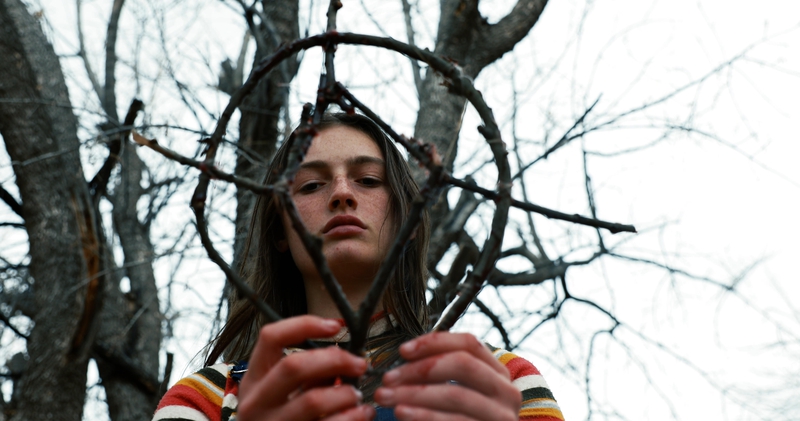 The twenty-fifth edition of the Fantasia International Film Festival came to a close last night with a sold-out in-person screening of Takashi Miike’s The Great Yokai War - The Guardians. The festival was a hybrid in-person and online event, once again allowing for virtual screenings in light of COVID-19. Winners have been announced, highlights include Hellbender, Martyrs Lane, The Sadness and Cryptozoo.

Shudder has acquired Martyrs Lane, Hellbender and The Last Thing Mary Saw from the Fantasia selection, which means we have those to look forward to!

Read below for more highlights and visit the official Fantasia Festival website for a complete list of winners.

► CHEVAL NOIR AWARD FOR FEATURE FILMS
The 2021 Cheval Noir jury was presided over by award-winning Polish filmmaker Agnieszka Smoczyńska, director of the 2016 Sundance breakout THE LURE, which was awarded a Cheval Noir Special Jury Prize at Fantasia for “being a timeless cinematic fairytale - an instant cult classic!,” and the 2018 Cannes’ Critics Week selection FUGUE.

BEST SCORE: John Adams (HELLBENDER, USA)
“The jury is thrilled to present the award for best score to a very talented family, in front of and behind the camera. The award for this nightmarishly cool music goes to John Adams for HELLBENDER.”

BEST ACTRESS: Zelda Adams (HELLBENDER, USA)
“The power in her performance and her overwhelming presence confirm the award for this young actress. The award for best actress goes to Zelda Adams, main character of HELLBENDER.”

JURY SPECIAL MENTION - RISING STAR: Sienna Sayer (MARTYRS LANE, UK)
“Her captivating performance both broke and chilled our hearts. The jury unanimously wishes to acknowledge this talent to watch with a Rising Star award for Sienna Sayer from MARTYRS LANE.”

► NEW FLESH AWARD FOR DEBUT FILM
The New Flesh jury, which awards debut feature films and their creators, was presided over by UK author, critic, and broadcaster Kim Newman and comprised of Jill Gevargizian (THE STYLIST), Gigi Saul Guerrero (Blumhouse and Hulu’s Into The Dark entry CULTURE SHOCK, upcoming BINGO HELL), Brian O'Malley (LET US PREY, THE LODGERS), and Myriam Sassine (Co-Founder of the Maskoon Fantastic Film Festival and producer of AMAL, A SON, ALL THIS VICTORY).

“We are pleased to present THE SADNESS with the New Flesh jury award! Though the jury had their jaws dropped to the floor, they were incredibly impressed with such a slickly produced rampage of gore. A wild ride that doesn’t stop! Sadists, cannibalism, lust… one could say it has been a while since a film has managed to horrify and scare them in the level this film did. THE SADNESS was not afraid to take risks and go beyond any infection film we have seen to date, touching on political themes that our world isn’t too far off of, but still maintaining thrilling entertainment for the viewer. Congratulations to the entire team of THE SADNESS!”

”BEYOND THE INFINITE TWO MINUTES receives a special jury award for its 'outstanding achievement in filmmaking'. Remarkable in both its mind-bending concept and its expert execution, the whole jury marvelled at the sheer cinematic brilliance of this magnificent contribution to the time travel genre.”

“A feast for the eyes, OFFICE ROYALE is a bonkers and hilarious debut film which we are awarding with a special jury mention. Its intensely feminine aesthetic mixed with extreme violence and gore is as thrilling as it is refreshing.”

“This film is a psychedelic paean, it is a modern and fascinating mythological painting, and it is also a strong political metaphor.”