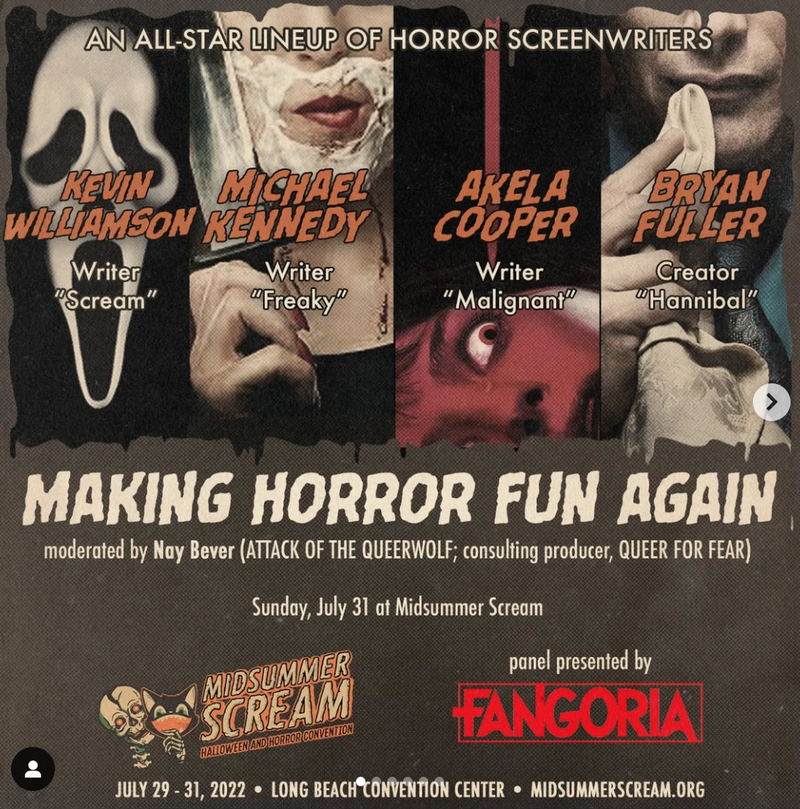 Midsummer, are you readyyyy? On Sunday, July 31, we are bringing some of horror's leading screen and TV writers together for one incredible panel: MAKING HORROR FUN AGAIN.

Lately, horror has been called a mirror. It doesn't just reflect society's attitudes and ills, but the audience itself: fans look at that mirror and see their trauma, their struggles, their fears. They see themselves. It is now a primary reason audiences seek out scares on screen. But on the heels of a wave of dark, self-serious, subtext-as-text horror films, the genre has come close to forgetting something crucial: *horror is supposed to be a blast.*

Our panel has not forgotten this, and in fact, they consider it a priority in their own genre contributions to remind viewers that this thing we love is meant to be FUN. This candid, one-hour conversation will discuss the thrills, laughs, and spectacle found in the entirety of horror, and they'll explore ways that fright films can still deeply resonate while giving the audience the time of their lives. 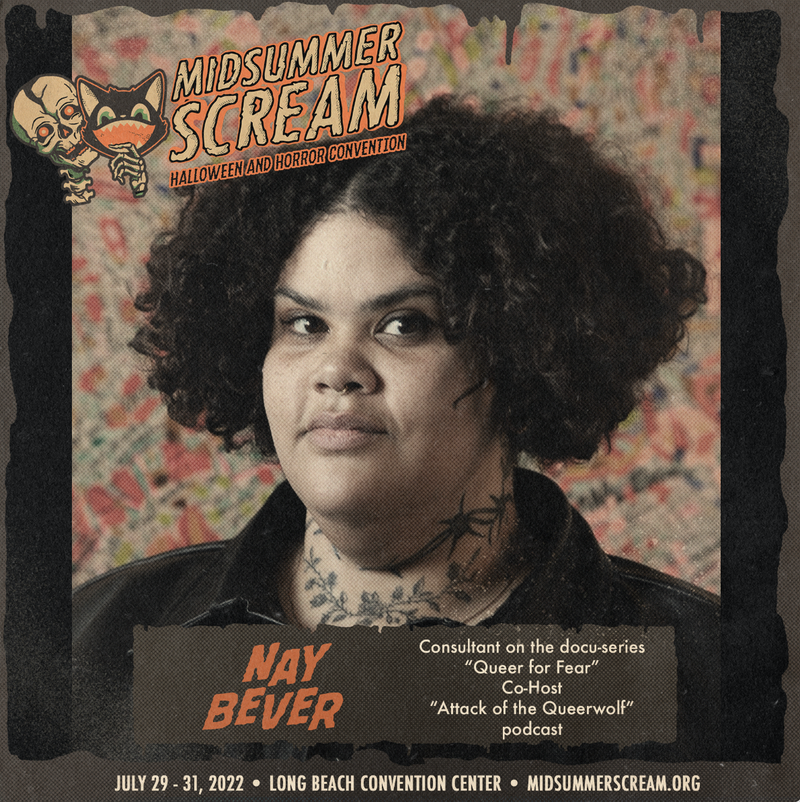 Moderated by Nay Bever @naybever, consulting producer on Queer for Fear, host of the Attack of the Queerwolf podcast, and featuring panelists an epic lineup of panelists: 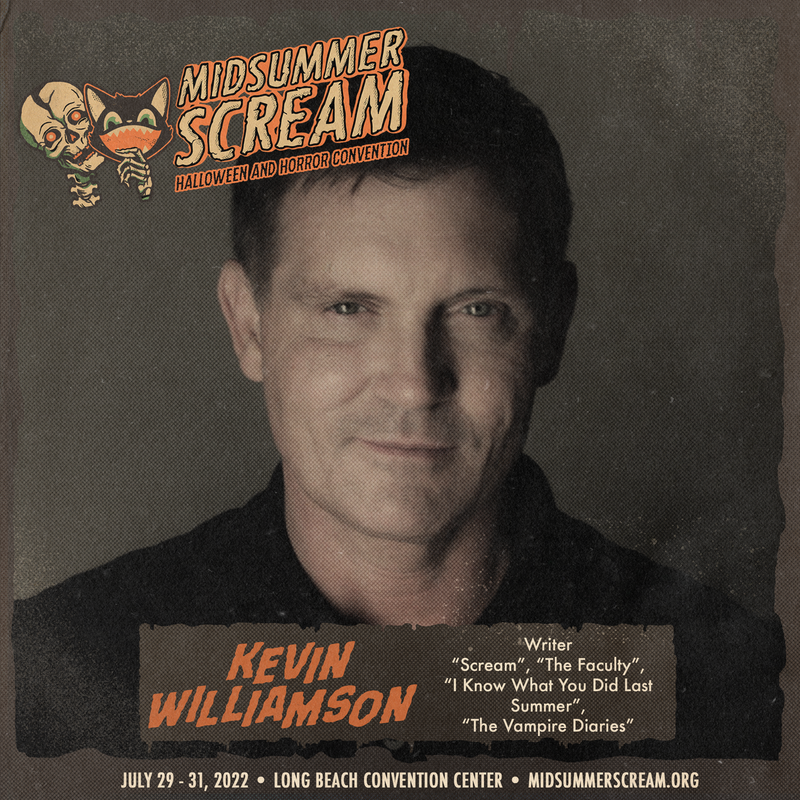 From iconic feature films to successful television series, Kevin Williamson has established himself as a major force in Hollywood for over twenty-five years. A partial list of works include I Know What You Did Last Summer, The Faculty, Halloween: H20 and critically acclaimed series Dawson's Creek and The Vampire Diaries. Williamson is currently executive producing the highly anticipated sequel to the latest installment of Scream from writer/directors Matt Bettinelli-Olpin, Tyler Gillett, and James Vanderbilt. The film is set to release in 2023. On deck, The Audition, Sick, and supernatural series Dead Day. 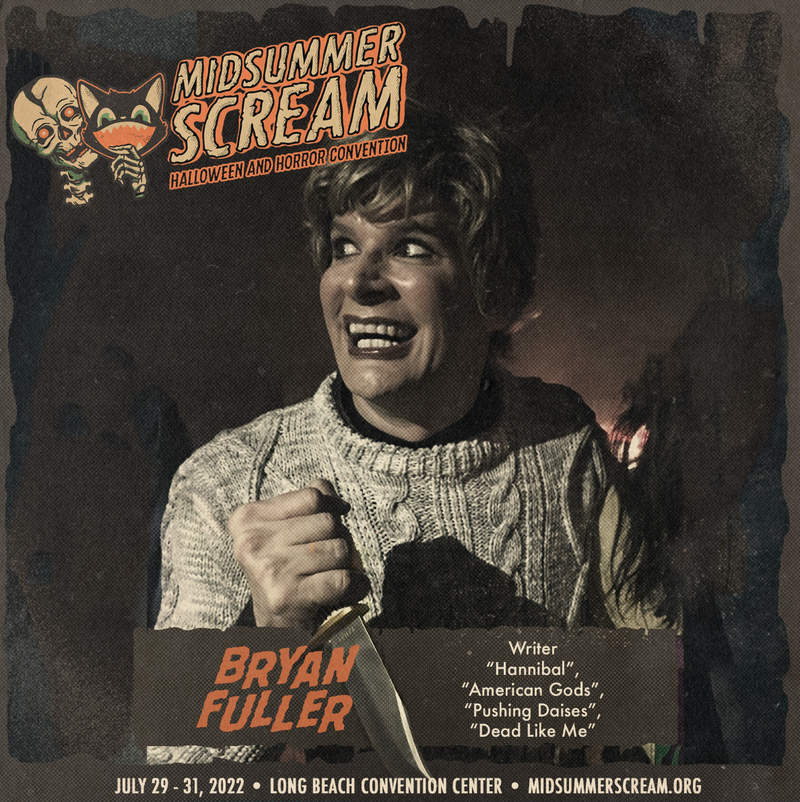 Bryan Fuller, creator of TV series Pushing Daisies, Dead Like Me, and Hannibal, based on the legendary movie villain, and American Gods based on Neil Gaiman's novel. 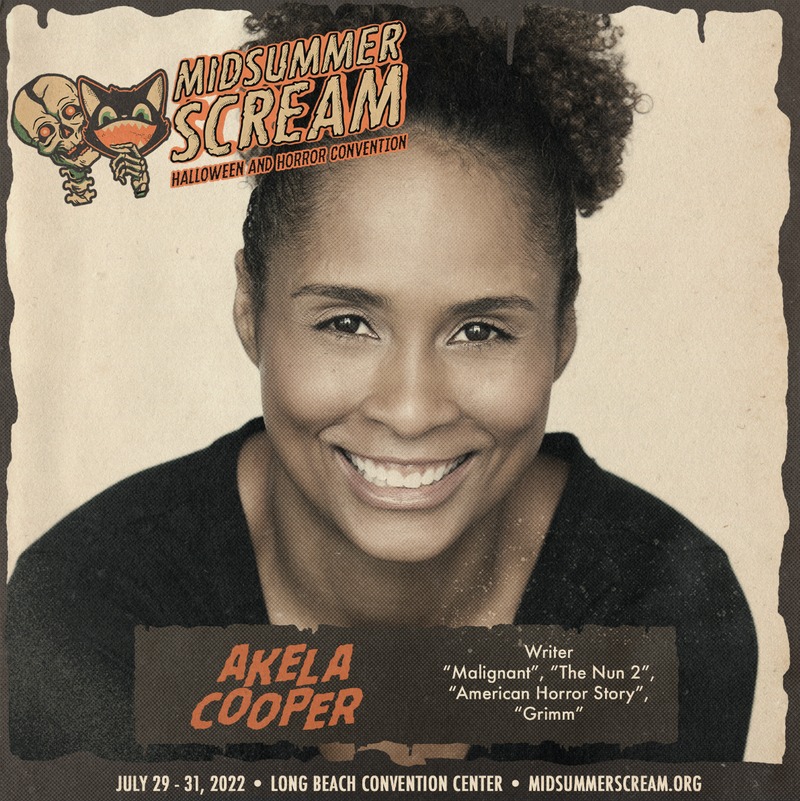 Akela Cooper, writer of Chainsaw Award-winner Malignant, the upcoming feature M3gan for Universal/Blumhouse starring Allison Williams, and The Nun 2 for New Line/Atomic Monster and The Safran Company. Akela was also an Executive Producer on Star Trek: Strange New Worlds season one and previously on Jupiter’s Legacy,  based on a comic book series by Mark Millar. 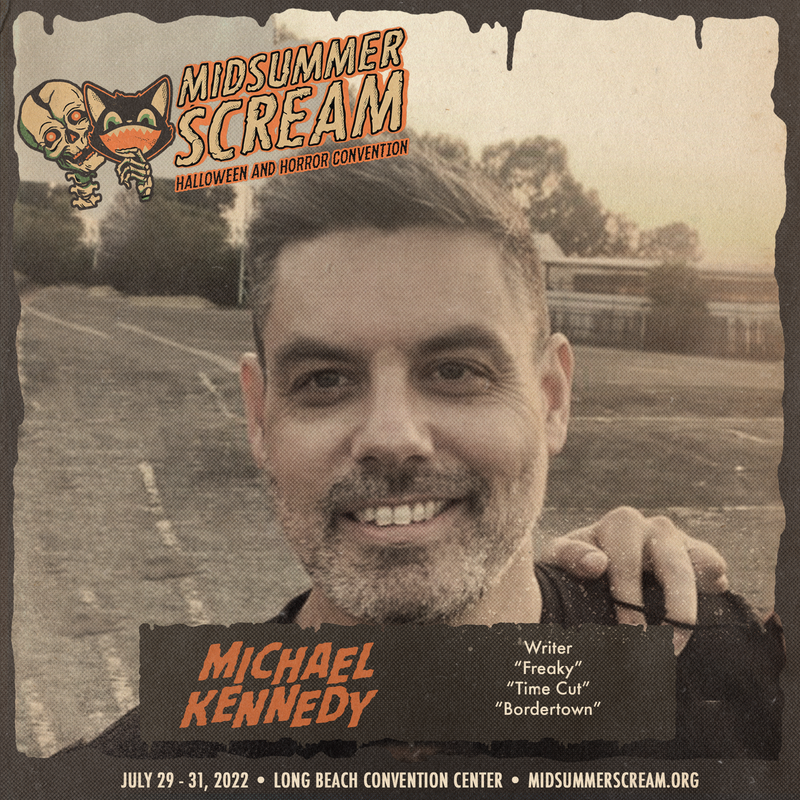 Michael Kennedy, writer of our issue #9 cover title Freaky, the upcoming YA slasher Time Cut described as Back to the Future meets Scream, and TV series Bordertown.

Midsummer Scream is happening July 29th-31st in Long Beach, CA get your tickets here. We'll see you next month!