From love story to a virus of violence. THE PURGE cannot be stopped. 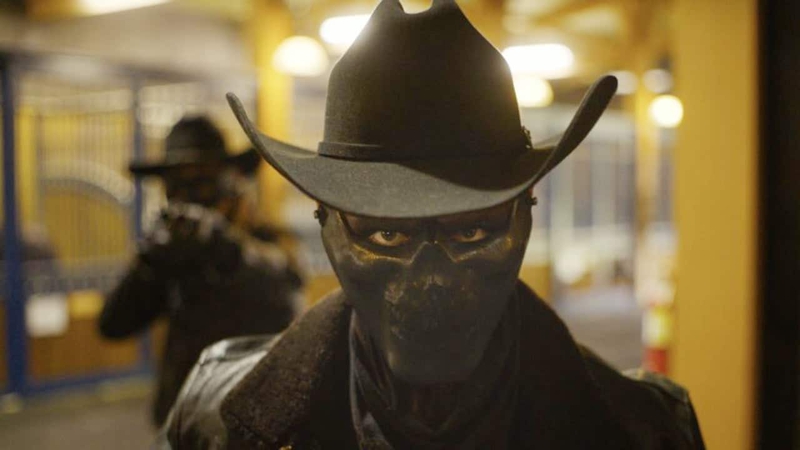 The Forever Purge is the latest, most outrageous chapter in The Purge franchise. In the film, a particular portion of the American public has decided that the Purge should be forever and start purging the wealthy and the non-white outside the hours of the Purge.

We spoke with franchise creator and writer of The Forever Purge, James DeMonaco. He spoke about love, politics, and the potential for a sixth Purge film.

Where did the idea for The Forever Purge come from?

The weirdest thing, and this is the truth - I wanted to write a love story. The studio was terrified when I said that, but I really had this thing in my head about this couple coming from Mexico, immigrating to America, seeking the American Dream, wondering if the American Dream was even alive. That was really the seed of the thought. I think [the studio] got on board when I came up with the conceit that we didn’t stop purging in this one. The Purge can no longer be contained. This virus of violence couldn’t be stopped. So they got really excited about that. But the seed of it all was really about immigrants exploring the American dream.

Was this inspired by the current socio-political climate?

Yes. I think The Purge films are inherently political. The climate at any given time informs what I write - almost too much. Then the studio and my producers keep me in check so I don’t go too far, because I always push it VERY far, politically. They are right to tell me “we don’t want to preach to the audience,” because sometimes I get quite preachy. The border crisis was happening when I wrote it, and I think it was informing everything that was coming out of my pen. Each one is informed a tad - more than a tad - by the socio-political climate of America and America’s relationship with our neighbors.

The Forever Purge seemed even more politically inclined than previous chapters. Was this because of the political climate that you wrote it in, or was that the natural direction of the franchise?

I think I was incensed by what was happening politically. Then when [director] Everado Gout came on, we were like a dastardly duo of men who were very angry about world politics. So I think putting us together pushed the politics even further. Everado is a politically passionate person, as am I. We were the studio’s nightmare! I give Universal credit for allowing us to make the movie because it’s a highly political film and sometimes studios want to veer away from those feelings. But they let us tell a very socio-political horror film. Everado, being a Mexican man, took those seeds that I had placed and let them blossom and bloom and grow. They were keeping us in check so we didn’t proselytize and preach, but I think the combination of me and Everado and what was happening in the world, it was this crazy combination that grew into the most political Purge movie.

Was it important to you to have a Mexican directing this film?

We thought about it. He came to us very early in the process. I think I only spoke to one another person about it. I really liked his movie, State of Grace, but it wasn’t like, “Oh, we HAVE to get a Mexican man to direct this film.” Although looking back, I can’t imagine anyone else doing it because he brought such an air of authenticity to the piece. I’m an Italian-American kid from New York, so all the research I do is still just research. He brings a hands-on approach, and personal knowledge of growing up in Mexico that I could never bring. Research only brings you so far. So it was part happy accident, but I’m SO happy that happened because I think he brought something to the piece. He would say, “DeMonaco, this isn’t how Mexican’s think of America! You’re writing this wrong!” It was great! This is what we need - I don’t want to be wrong. So he brought something intangibly great to the process.

Was there anything you wrote that was cut out of the film, or that couldn’t be filmed for political reasons?

[Laughing] I’m going to get myself in so much trouble. We couldn’t use the word Trump in the movie, and I understood why. The first ending of the movie took place on what I was calling the Trump Wall. I think that was more for financial reasons, but we were trying to plan this whole thing where the wall was burning and people were trying to climb the wall to get into Mexico. That got changed at some point - we allude to that, but that’s not the final sequence. Politically there was a lot, that I can’t remember now!

Where do you go after this? Is this going to be the last Purge?

I would have definitively said, one year ago, it is definitely the last Purge. But then, eight months ago, I woke up with a crazy idea and thought, “I think that’s what Purge 6 could be!” I pitched it to Jason [Blum] and Sebastien [Lemercier] and they all really loved it. And I just finished the new Purge 6.

Here’s what I can say: It’s written, I’m happy with it. It’s a crazy extension. It definitely changes the franchise in a way that is interesting, it keeps it going. We changed the template. The America we’re returning to, if we do a Purge 6, is much different than the America we are used to seeing. But I don’t know if it will happen. If we do it, I think the goal was, in the scriptwriting phase, we really have to flip it on its head and do something new. It’s also the return of Frank Grillo’s character, which could be really fun, if it happens.

The face - the map of America looks very different, and the way it’s broken down is very scary, how it’s broken down into its different tribal units. That’s where we open up. I think that’s an extension of the discord we’re feeling in society right now, taken to its furthest degree. That’s what good science fiction does: we take things really far and put a mirror up to modern society. And I think the return of Grillo would be really exciting.

For his latest project, DeMonaco directed Blumhouse’s This is the Night, which is now available on PVOD.

The Forever Purge is now streaming and will be available on Blu-ray September 28, 2021. Click below to watch now.