TOP GUN: MAVERICK flies away to fall, and the social commentary horror series moves into the July 4th weekend. 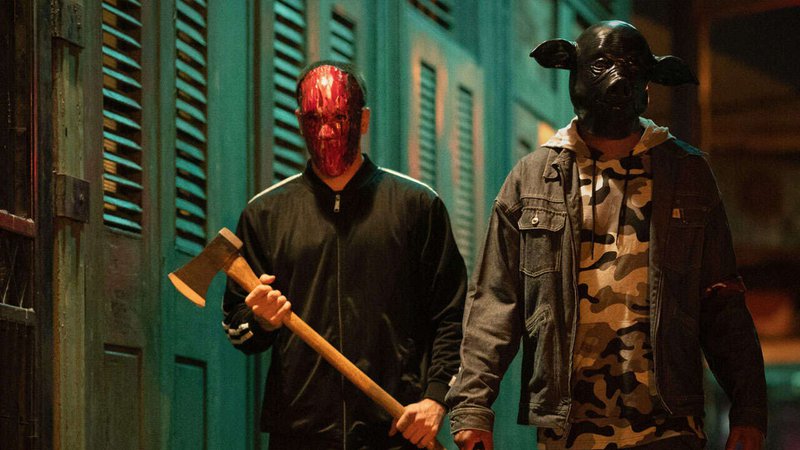 Purgin' in THE FOREVER PURGE.

Deadline reports that Tom Cruise’s Top Gun: Maverick has vacated its July 2nd opening slot and, with the insidious swiftness of a government program designed to keep people on their knees, The Forever Purge has swooped in, reclaiming the weekend on which the franchise has opened since 2016.

The Purge films are a curious aberration in that they seem to get more interesting with each sequel, so we’re keen to see what the latest entry has in store. James DeMonaco, the writer-director of the first three films in the series, pens The Forever Purge, while Everardo Gout (Days of Grace) directs. The film is set post-The Purge: Election Year in a world that has abolished the government-sanctioned Purge, and centers on a Mexican couple (Ana de la Reguera, Tenoch Huerta) fleeing a drug cartel, and who find themselves the prey of an unsanctioned purge on a remote Texas ranch.