Exclusive Interview: THE INNOCENTS Writer/Director Eskil Vogt On His Cast, The Dark Side Of Childhood, And More

Exploring the emotional violence and brutal payoffs of THE INNOCENTS. 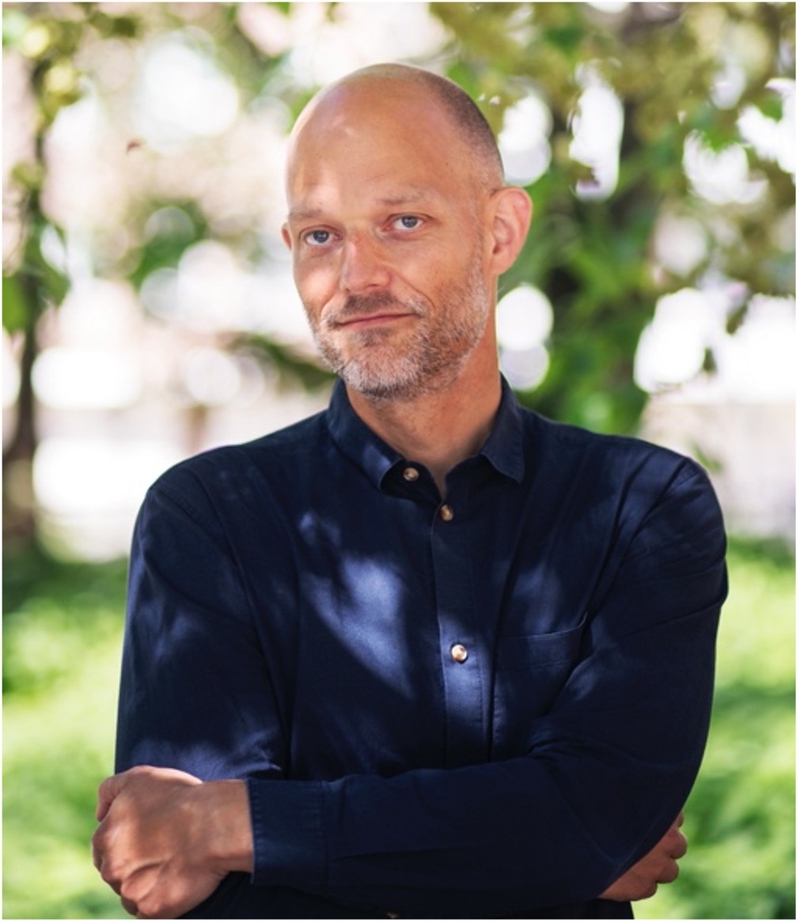 A strong contender for the year’s best horror film, Eskil Vogt’s The Innocents also takes a place among cinema history’s superior explorations of youthful cruelty and paranormal powers. Set in and around a Norwegian tower block, it centers on nine-year-old Ida (Rakel Lenora Fløttum) and her autistic, slightly older sister Anna (Alva Brynsmo Ramstad), and what happens when Ida begins discovering her latent psychic abilities. Two other children in the block, Ben (Sam Ashraf) and Aisha (Mina Yasmin Bremseth Asheim), have similar gifts, and as the four begin spending more time together, the kids’ capacity to use them for right or wrong becomes increasingly pronounced.

Eschewing the flashy visual effects that have become standard in movies about telepathic and telekinetic youths, Vogt skillfully and inexorably builds breath-stopping tension throughout The Innocents. While the payoffs are sometimes brutal, it is the emotional violence and conflicts that make the movie stand out, along with the superb performances by the four little leads (particularly Ramstad, who is not actually on the spectrum). Vogt first discussed his work with these talented youngsters here, and below goes into more detail about their casting, the inspirations and themes behind The Innocents, and more.

What childhood feelings and memories of your own did you tap into when you were making The Innocents?

In the beginning, my first idea was about the magic of childhood, to make that real—those things you believe in when you’re a kid, the way you can play something with your friends and it feels real to you. And that’s not necessarily scary, you know? That could go in another direction, a more fun, family-friendly one, but it didn’t. I guess what came early for me was, I have memories, and a lot of people I talked to have them also, of doing quite cruel things in childhood. Almost everyone I talked to, to some degree, had been cruel either to animals or other kids or younger siblings, or been treated badly by other people. So, why is that?

My own memory is, I can’t remember how old I was, I was pretty young, and I had been given an air gun to play with by my parents when we were on vacation, because we were quite isolated. I saw a seagull flying by, and I shot at it and could see that I had hit it because it kind of moved in midair. It was a big bird, and didn’t just fall down dead. But I had picked up somewhere that lead, which those bullets are made of, is poisonous, so all that day and night, I thought about this seagull dying in agony, poisoned by my lead bullet. It didn’t even occur to me to talk to my parents about this—probably because I felt guilty. That kind of stuff is what kids go around struggling with, without telling their parents. But I felt that was maybe a very useful experience for me, because that made it clear to me that you shouldn’t be cruel to animals, so I learned something that day. Of course, I knew you shouldn’t be cruel to animals, but after that day, I felt it, and it became part of my own set of values.

And I thought maybe that’s what happens during childhood: You transgress your parents’ morals, because that’s how morals start. Your parents say, “No, no, don’t do that,” or “You should always say thank you.” You have those things handed to you, and at some point you have to do some of the stuff your mother said you shouldn’t, and see how it feels. And maybe it feels bad, but then at least it’s your experience, or maybe you think that you don’t always have to say thank you, you know? You find your own set of values, your own set of morals. So it felt logical, if that magic of childhood was real, and these kids have powers, that they would try to test them, and something bad would obviously happen.

Speaking of animals, there’s a particularly cruel scene involving an animal in The Innocents’ first act. Was it placed there to put audiences on edge early on, or make them feel unsafe?

That’s a very important part of it, that if something like that happens early in the movie, the spectator will know that anything can happen; the stakes are high, and you don’t feel safe after that. I find it interesting that when you make a scary movie, you don’t have to show things all the time, you just have to make it clear that you can, and anything can happen. That means the anticipation of the horror is often much, much worse than seeing it. The Innocents is less violent in some ways than most horror films, but hopefully you feel it more than in many of those movies. The main thing for me was that it is about that testing of limits, and some of the kids find their limits later than others. And that scene is a very key moment where one of the characters finds their limit, and another character doesn’t, which is a pivotal moment for the rest of what happens in the movie. 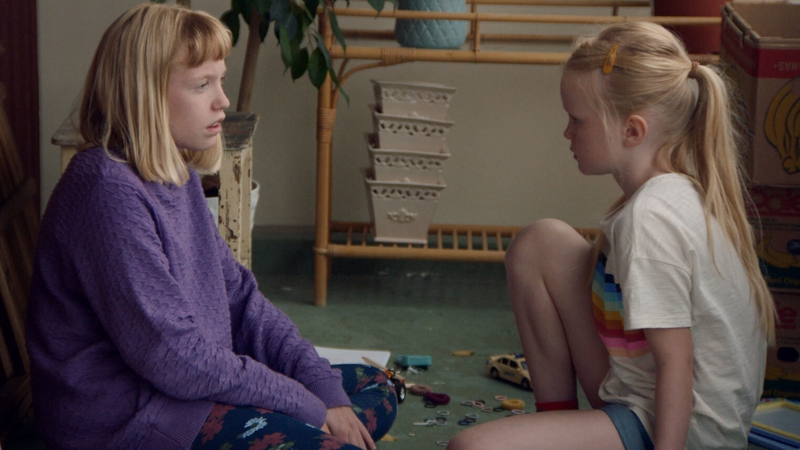 The Innocents is very subtle in the way it depicts the psychic powers; there are not many visual effects. Can you talk about that more suggestive approach?

I love supernatural powers in movies because they’re a great challenge for the filmmaker. In bad movies, people just talk about them, and you understand them through the dialogue. But in the best supernatural movies, you get it by seeing something, and the filmmakers have to invent a visual language to make you understand it. Like, how do you film telepathy? It’s a new kind of language you have to invent, and I find that fascinating, and so fun and interesting to do. What I felt about this movie was, OK, we have telepathy, and we also have telekinetic abilities, and there are so many clichés about those, and they’re so easy to do now with computer-generated effects; you can create spectacular stuff. But what interested me in this movie was that I could have a climax where the viewer knows what’s at stake, the kids know what’s at stake, but the parents and other adults can walk right past and have no idea what’s going on.

I also felt that I shouldn’t try to compete with the Marvel movies and their big effects. It was important to me that the effects I had were good, and there’s some expensive CGI with very small things moving around, and it was super-hard to do. It would have been much cheaper to have all the windows in the building explode, but if that happened, all the adults would react and take the kids home, and the scene would be over. I wanted it to be more low-key, more real, and closer to the characters.

You have a remarkable young cast in the movie; did it take a long search to find the right kids?

Yes, it did. When I write stuff, I try not to think of practical issues, because it’s very constraining. I need to be free to imagine whatever. But I’m not naive either, and when I was writing The Innocents and it was four kids and a cat, I knew I was in for a difficult shoot [laughs]. So with the producer [Maria Ekerhovd], we decided to put quite a lot of the budget into casting, and we spent about a year finding the right kids, and then some more time to work with them, and teach them the craft of acting. We even changed the roles to accommodate the four we found. The two brothers became two sisters, and we changed the ethnicity of two of them because those two were so great. So it was just open casting, to get the best kids, and then work with them, make them real collaborators, get them to understand acting.

Sometimes it was just like a gift from the movie gods: A ten-year-old girl [Ramstad] comes in and has the capacity to really act like someone on the severe autism spectrum. It was like, OK, this role was written for a fourteen-year-old boy, but the moment she stepped into the room, it was obvious that she had to do it because she was so great. That openness helped us to find some great kids, and then we just kept working with them like they were our equals, and never talked down to them, always explained everything to them, and never surprised them. They became super-professional actors.

Ramstad is so good that I thought at first she might actually be on the spectrum. How did you work with her to elicit that performance from her?

We were thinking about whether we should find someone on the spectrum, but it would have been very hard because Anna is on the severe end of the spectrum, and you can’t really work with someone who’s non-verbal; you cannot even get their permission, you don’t know if they want to be there. That’s a big thing; you have to know that people are comfortable on set, and that they have the means to communicate that, so that was off the table. Also, the character changes during the story, and that was the thing I was most concerned about. But when we found Alva, we could see that she had the capacity to just relax her face, empty her eyes, not looking at anything, leaving her mouth open. Very few kids can do that, because they’ll feel self-conscious, but Alva didn’t have that, and she was such a good actress.

Also, I’d done so much research, and watched so many documentaries, and I could show her some of that and say, “Look at how he uses his hands, that kid on the spectrum, and look at how that woman acts when she’s happy and how she moves her body.” Then the next time we would rehearse, I would give her the opportunity to use those things, and she would pick them up and do things with her hands that she hadn’t done. I was, again, so lucky to find her because looking back, I don’t see how we could have done the film with anyone else.