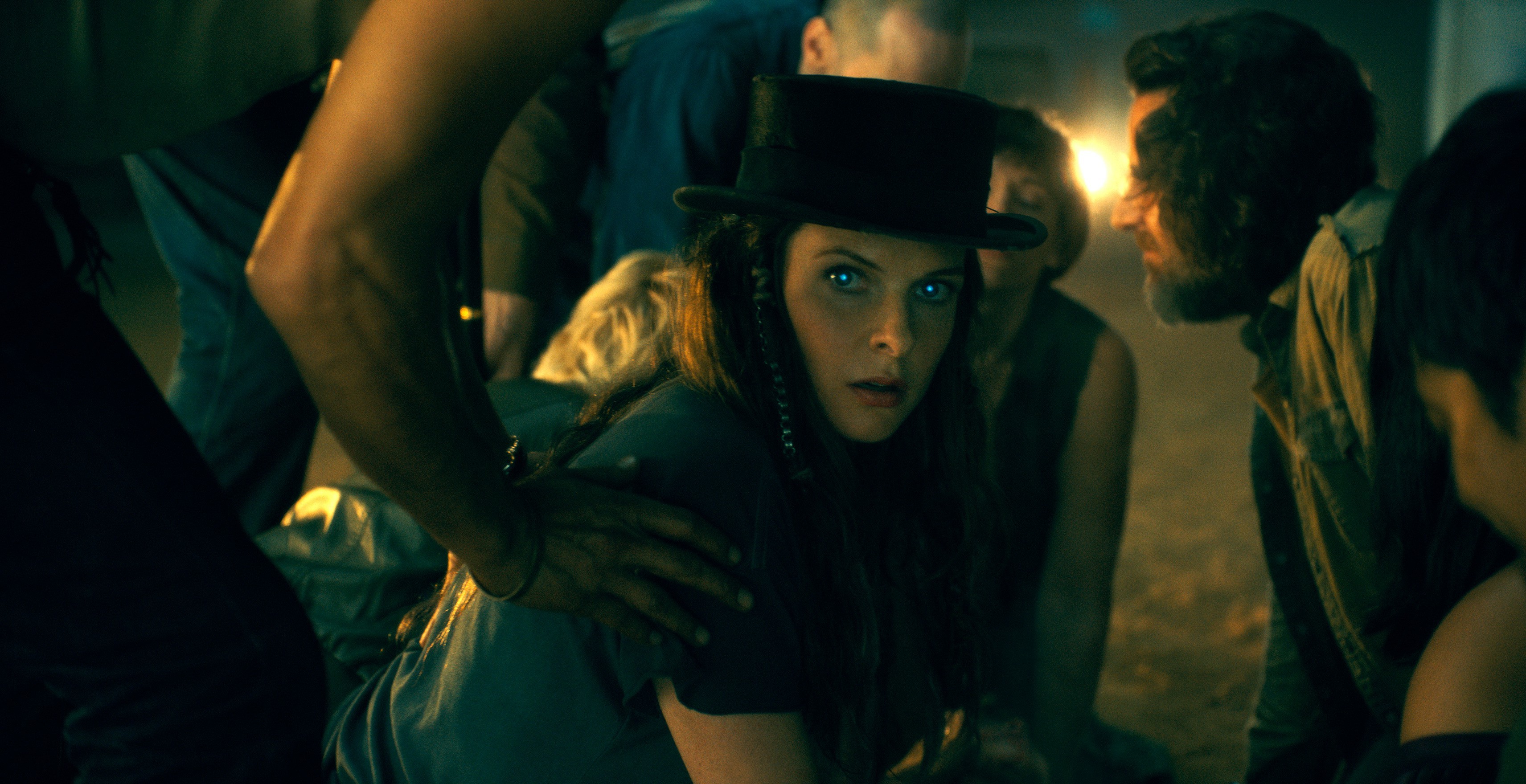 This is a continuation of our conversation with the director of the Stephen King adaptation. The first part can be read here.

FANGORIA: We’ve talked about the human performers; how about Azzie the cat?

MIKE FLANAGAN: [Laughs] I call that cat Bonkers the Death Cat, and actually everyone in post-production called it that, because that cat was bonkers! I’ve only had to work with one other cat, on Hush, and that cat we called Bitch. Cats are notoriously difficult animals, and the crucial thing here was that, and Stephen King will tell you, a cat was the reason he wrote the book. He read a story in a newspaper about a hospice that had a resident cat, and the patients there had developed this legend that the cat somehow knew when someone’s time was up. And that little kernel of a human-interest story sparked the whole book! So the cat was of critical importance to us [laughs]; we had to get that right.

We used two cats to play Azzie, because we’re with her over the course of a number of years. We meet Azzie when she’s a young cat, and by the end of the story she’s about 8-years-old. So we had to have two cats that looked like the same cat, and from what I remember, we would shoot all the hard work with Ewan McGregor and the other actors who played the patients in the hospice, and save the cat’s performances and close-ups for the end of the day. That way, for the most part, our principal actors wouldn’t have to wait around while we were staring at a cat for hours at a time, just waiting for those five or six seconds that would look like a great performance. It was the most challenging cat I’ve had to work with, but I knew it was going to be a thing; the paperback edition of the book I owned had that damn cat on the cover, so there was never a world where I wasn’t going to get stuck with it. But ultimately, I’m really happy with the cat performance, and it led to some of the most boisterous laughter I saw from Ewan on the set.

FANGORIA: Can you talk about visualizing “the steam,” and the other psychic elements of the story?

FLANAGAN: The steam was challenging in two respects. First, you’re dealing with something that’s so much more overtly fantastic than anything in The Shining. You’re dealing with the visual representation of the life force of a psychic individual. It’s supernatural and in your face where The Shining is so grounded, so the challenge was to try to ground that effect, to protect the concept of this clearly metaphysical life force, while also making it feel like something I’ve seen in this world, something that didn’t make me feel like I was watching a Marvel movie, or a special effect.

We approached it first by just looking at the behavior of vapor. I recently quit smoking, in fact, so smoke and vaping in general have been on my mind and in my life for the last year, one way or another. We started there and began looking at something that had a counterpart in the real world, in a way that shied away from the more fantastic elements in the book: There are faces in the steam that turn into children’s faces, and the steam screams and tries to run away. We eliminated those more fantastic ideas that can only really work in the imagination of the reader, and if we tried to do them visually, it would be a Harry Potter movie all of a sudden. We tried to create an effect where people would look at it and wonder if it was digital or if we somehow had accomplished it practically.

That was our philosophy for most of the effects in the film. There’s a sequence in the novel where Rose projects herself pretty much up into the Earth’s atmosphere. In moments like that, of course, I wanted to protect what was in the book, so there are some fantastic visuals unlike anything I’ve had to try to do before. But the most common ones, like the steam and a lot of the stuff involving the True Knot, we tried to make as grounded as possible.

FANGORIA: You reunited with Before I Wake’s Jacob Tremblay for the “baseball boy” sequence, which is the most horrifying part of the film. Can you talk about shooting that?

FLANAGAN: I was beside myself that Jacob wanted to do it, and I’m so glad he did, because it’s one thing to watch any child get horribly murdered, but watching Jacob is just heartbreaking, and boy, can he sell it. And I’ll tell you, he traumatized us all so much filming that; he rehearsed it for weeks before he came to set, and then he showed up and did it, and Rebecca Ferguson couldn’t talk after the first take. We were all kind of stunned into silence. And Jacob just hopped up, brushed himself off, high-fived his dad and went and got a candy bar from craft services, when the rest of us couldn’t even blink.

We played with that scene for a long time, because it’s so horrific that we were worried it would knock people out of the movie — like, physically knock them out of the theater. I was turning the dials on it for six months, trying to find that perfect level where it was disturbing enough that people would understand the stakes of the movie and hate the villain, but not so disturbing that they would leave. It was really hard to crack it. That scene scared the shit out of Stephen King; he was like, “I was with the whole movie, but that was really hard for me to watch.” And I was like, “It’s your fault! [Laughs] “You put me in a position where I had to shoot that!”