Gwendy Peterson is heading to Derry. 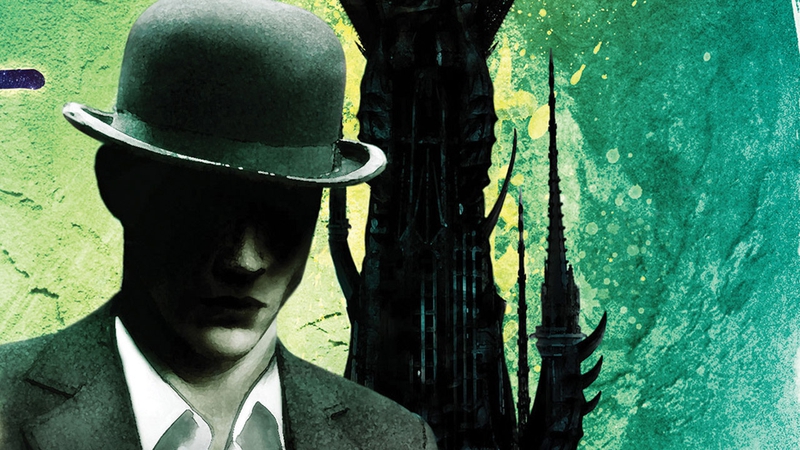 In early 2017, Richard Chizmar revealed to me that he was collaborating with Stephen King on a novella called Gwendy's Button Box. He asked if I would answer some questions about events, places and people in Castle Rock, Maine, that famous (nay infamous) fictional town that has been the setting for several King novels and numerous stories. I happily obliged.

Then, in 2019, I started getting text messages from Richard again requesting more Castle Rock details. That led to Richard's solo book, Gwendy's Magic Feather, which furthered the adventures of Gwendy Peterson and the burden placed on her by the mysterious Richard Farris. In my afterword to the limited edition of Gwendy's Magic Feather, I wondered if I'd hear from Richard again in 2020, asking for more information about Castle Rock.

I was wrong. Although I got the timing right, it was Derry he wanted me to research instead.

Four years after they began their collaboration on Gwendy's Button Box, Stephen King and Richard Chizmar were back at work on what would seem to be, based on its title, the last book in a trilogy: Gwendy's Final Task.

I had the opportunity to interview the co-authors in late 2020 about the book.

I suppose it was inevitable that one or both of you would wonder what happened to Gwendy Peterson after the events of Gwendy's Magic Feather. What was the inspiration and motivation for this new adventure?

King: I get the credit (or the blame). I just had an idea. They rarely come full-blown, beginning-middle-end, but once in a blue moon they do, and when they do, they have to be written. To not do it would be like killing a puppy.

Chizmar: Steve sent me a series of texts in June 2020, and the first one led off with: "Hey, Rich, suppose Gwendy got…?" And then he laid out in front of me the nuts and bolts of Gwendy's Final Task. We batted some additional ideas back and forth and discussed our work schedules, eventually settling on a tentative start date. And everything followed from there.

After Richard wrote the sequel to Gwendy's Button Box, what was it like collaborating on Gwendy's story again?

King: For me, it was like coming home. She's a great character. Richard actually brought the magic by putting her simultaneously in politics and literature.

Chizmar: Collaborating on Gwendy's Final Task was a joy. We did the entire thing electronically—emailing files back and forth—but if you took a peek at our texts and emails from the months that we spent working on the story, it would be pretty easy to imagine the two of us sitting side-by-side at the same messy desk with big, goofy grins on our faces. That's what it felt like to me, at least. A real partnership, and a hell of a lot of fun.

How do you prepare to write a follow-up to books written as long as four years ago?

King: Read them over, make character lists, catch the flavor.

I know you're not fans of outlining, but how much discussion did you have about the direction the book would likely take before you started working on it together? How closely did you stick to the original plan?

Chizmar: Not much! Steve knew how the story started and ended and quite a bit of what came in between. We used those story elements as a kind of roadmap, but we were both flying blind a lot of the time, which is where so much of the fun came in.

This book ventures more broadly into the "Stephen King Universe," with references to places and concepts that extend beyond Castle Rock. What inspired you to take that approach?

King: In the previous two, we never talked about where the button box came from. I thought it over, and the answer seemed obvious.

Gwendy's Final Task mentions current issues like the pandemic and the 2020 election. Things have changed since you started working on the book. How much revision did you do to take into account new information: the outcome of the election, for example, or the current state of the pandemic?

King: Richard better take this one. I mean, we knew, Rich—right? About COVID, at least. The election must not have been decided, or am I wrong?

Chizmar: COVID was front-and-center in our lives at the time we wrote Gwendy's Final Task—and the virus ended up playing a significant background role in the book—but the election had not yet been decided. Once we finished, we set the manuscript aside for about a month to let it simmer, and when we came back to do a final polish, the election was over and in the books (well, at least it was for most folks). Regardless, Trump's departure didn't really have any effect on what we had written.

Was there anything one author wrote during the creation of the first draft that took the other by surprise?

King: Back to Derry! Wow!

Chizmar: Ha! Yeah, that was my doing. All I can say is that once I sat down to write, I felt the very strong pull of Derry. It's a haunted place where a lot of bad things happen, and I knew it had an important role to play in Gwendy's story.

On the flip side of the coin (an 1891 Morgan silver dollar, of course!): If you had told me a couple of years ago that Gwendy Peterson would travel to outer space in order to save the world, I would have thought you were crazy.

Given the story's unusual primary setting, how much scientific research was required to get the details of that environment right?

King: I looked at a lot of videos. Beyond that, two words: Robin Furth. She's terrific. But we got some stuff wrong. Rich, remember the shower, and brushing teeth? Ha-ha. In the end, we needed to give the MF station a bit of gravity.

Chizmar: Ditto. Robin's a saint. She kept us on our toes and cleaned up some pretty big messes.

As you worked on the novel, did you discuss where the book was going, or was it simply a process of passing the manuscript back and forth and giving the other author free rein to do as he liked with the story?

Chizmar: Pretty much total freedom, which made the process all the more challenging and exciting.

How did you decide when it was time to hand the manuscript off to your collaborator?

Once you finished the first draft, how did you handle revising each other's sections?

Chizmar: We actually did a lot of minor revising and tweaking as we went along. Most of the time, when one of us received a new batch of pages, the first thing we did was read and revise. That helped to get us back into the flow of the narrative. Then, we picked up where the other had left off and ran with it.

Richard Farris is an intriguing figure in these books. The "RF" initials have been historically associated with aliases of Randall Flagg, that "wild card" character who has appeared in several other works. Farris, though, seems more benign than other characters who have shared those initials. Do you see him as another guise of "the dark man"?

King: I saw him as a force of evil when I first started to write about the box. By the time I realized he was a force of the White, it was too late to change the initials.

Richard -- what was it like to explore the world of Stephen's other well-known cursed city, Derry? And to dabble in the Dark Tower multiverse?

Chizmar: Amazing. Terrifying. Dreamlike. I remember walking away from my desk many days, thinking: Wow, I just spent the afternoon in Derry, Maine.

Is this the end of Gwendy's story, or could she return someday?

Bev Vincent has been a contributing editor with Cemetery Dance magazine for over two decades. His books include The Stephen King Illustrated Companion and The Road to the Dark Tower. In 2018, he co-edited the anthology Flight or Fright with Stephen King. 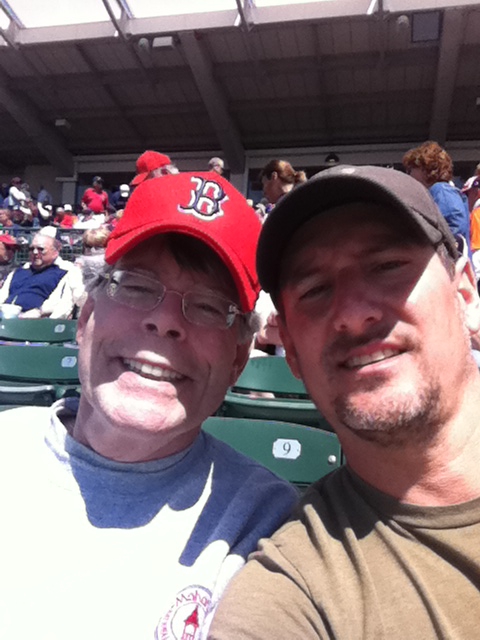 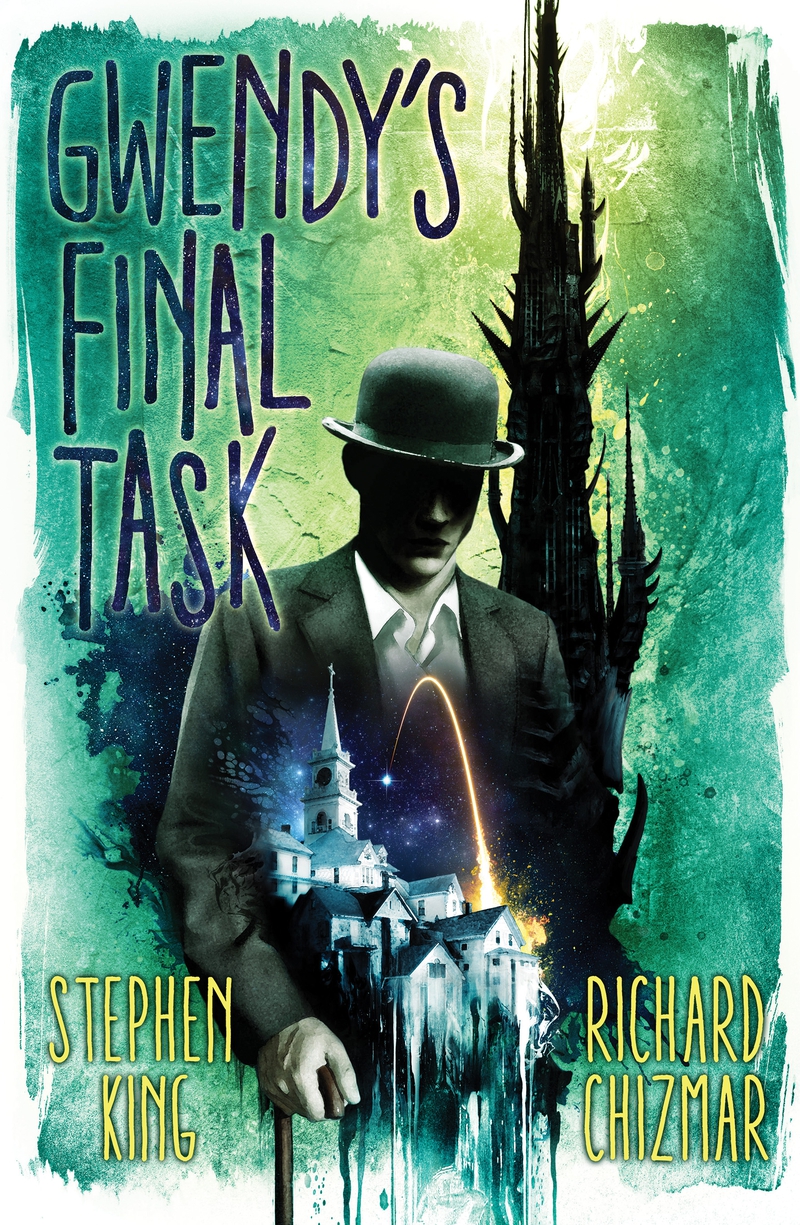