Exclusive: Christina Ricci Is Here To Get MONSTROUS, Daddy-O

Ricci's three-step guide to getting through a haunting, bringing the perspective of motherhood to horror, and more. 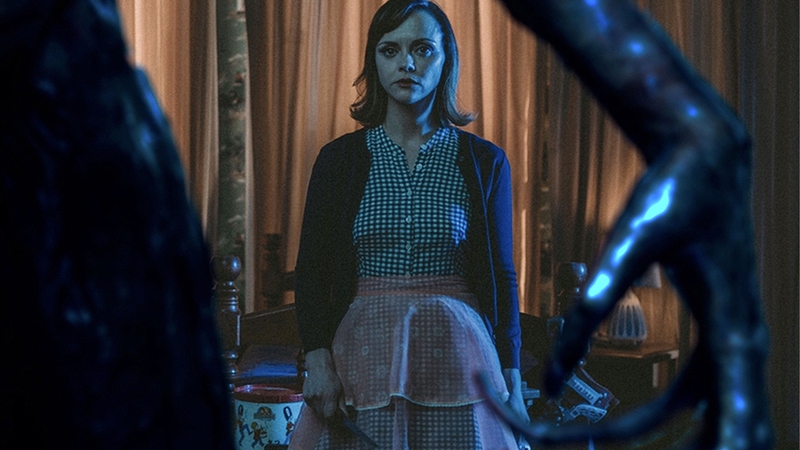 Christina Ricci is starring in Monstrous, a new psychological horror with a healthy dose of creature feature elements, in theaters and available on-demand today. Ricci sat down with us ahead of its release to talk about drawing inspiration for darker scenes, infusing fantasy into a dark reality, and perhaps most importantly... what to do when your kid sees a monster in their room.

The story follows 1950s housewife Laura (Ricci) and her seven-year-old son Cody (Santino Bernard) as they flee her abusive husband. There is an air of sunshine and the feeling of being wrapped in the warmth of that light combined with the comforting lull of familiar '50s tunes playing over the radio of Laura's sweet, classic ride. Nevertheless, there is the sense that the darkness is always lurking just beneath the surface of the perfectly coiffed exterior. The mother-son duo attempts to settle into their new life in a remote lakeside home, but as the trauma of their past resurfaces, the cracks begin to show, and their idyllic existence is threatened. 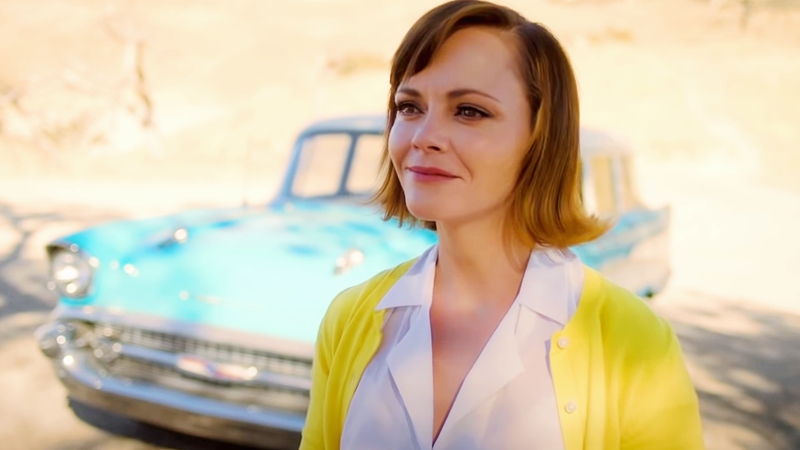 Ricci is a real-life mother of two herself, and says becoming a parent has altered the way she is able to approach roles like this in particular, "I think being a mom definitely made this role more impactful for me emotionally and also probably had to do with why I was sort of drawn to the movie. The psychological twists and turns for me were pretty interesting and just really resonated and seemed so grounded in reality in many ways. And that's not really something you can say about what is on the surface of such a fantastical sort of horror film."

The story is rooted in reality with the dark backstory of the abusive husband and father serving as the backdrop, but it's balanced with fantastical elements like a monster manifesting out of the lake and wreaking havoc in the hallways of their home —leaving a sickening trail of puddled footsteps in its wake. In regards to drawing on real experiences for the darker elements of the story, Ricci understandably prefers to keep things very separate. "As an actor, many times you actually draw on how you would feel if that thing did happen to you. And for this, I just refused. It felt dangerous to imagine that happening, to draw on it. So I just refused to do that and I used something else completely. But it's scary. It's scary to go there for sure, as a parent." 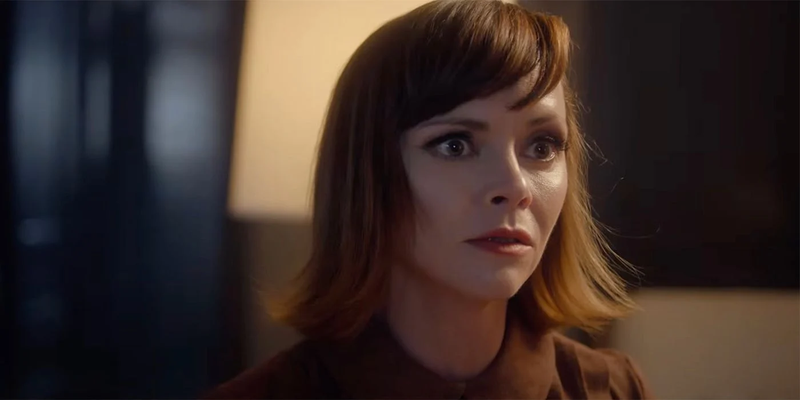 But as a parent, what do you do when your kid claims to see a monster or some sort of entity? We've all seen what happens in a horror movie when a parent refuses to believe a child who is seeing things invisible to the unwilling eyes of adults. But Ricci is no stranger to the genre, so we figured if anyone knew how to handle the uncomfortable situation of a child seeing something we can't (or won't!), we'd put our money on her. "When my son was probably like ten months old, we lived in a very old turn of the century house in Brooklyn. And in his nursery, I bounced him and rocked him, and then put him down in the crib. I am not tall. I was not tall enough to put him down in the crib with the gate there. So I would lie in the crib with him while he was going to sleep. And every single night he would point at this one corner of the room and wave and say, 'Dada,' and smile. And at that point, he said, 'Dada,' for all men. It happened pretty consistently, almost every time I was putting him to bed, and I would just have to ignore it. I'd be like, 'Yeah, not happening. He's going to fall asleep soon. I'm going to get the hell out of this room. Please stop waving at the imaginary man in the corner.'"

Like we said, our money is on Ricci when it comes to seeking advice on how to handle ghostly shit with children, and ignoring the unseen man in the corner of the room does seem like the best bet. "We just got through that and moved out of the house," Ricci adds. "What would I have done? I mean, honestly, there's nothing you can do. You're just like, 'Okay, sweet. So that happened.'" Ignore. Get through it. Move when you're able. We'd say that sounds like a pretty solid three-step process to surviving a haunting. Ricci's Three-Step Guide To Getting Through A Haunting, has kind of a nice ring to it.

Monstrous is now in theaters and on demand.