Exclusive: Check Out The Trailer And Poster For UNHUMAN

FREAKY and I KNOW WHAT YOU DID LAST SUMMER series alum are joining forces to battle some UNHUMAN entities. 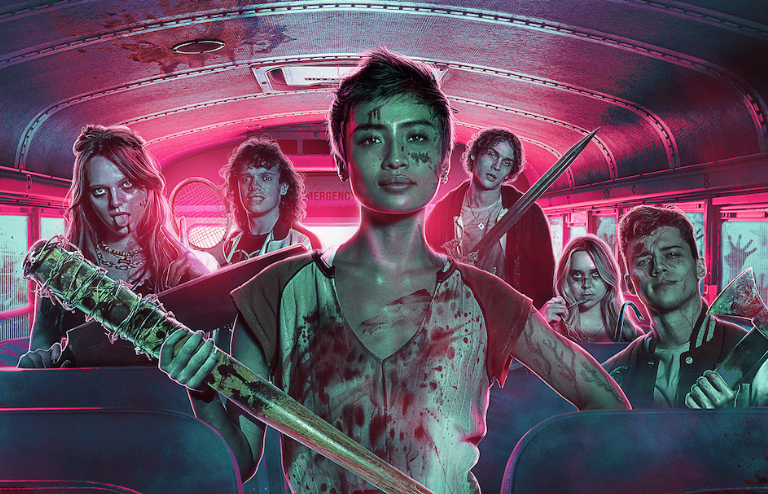 Ah, field trips. I sure do miss taking a day off school for some sort of excursion loosely tied to whatever material we were covering in class, while technically still counting for attendance. The upcoming Unhuman from Blumhouse Television and EPIX pits students against "unhuman" beings when a field trip goes awry. Directed by Marcus Dunstan (Into The Dark: Pilgrim), and written by Dunstan and Patrick Melton (Scary Stories To Tell In The Dark), Unhuman follows a group of seven misfit students as they band together against a growing gang of unhuman savages. Their trust in one another is tested in a brutal, horrifying fight to survive as they fight to take down the murderous zombie-creatures… before they kill each other first. Take a look at this sweet key art. 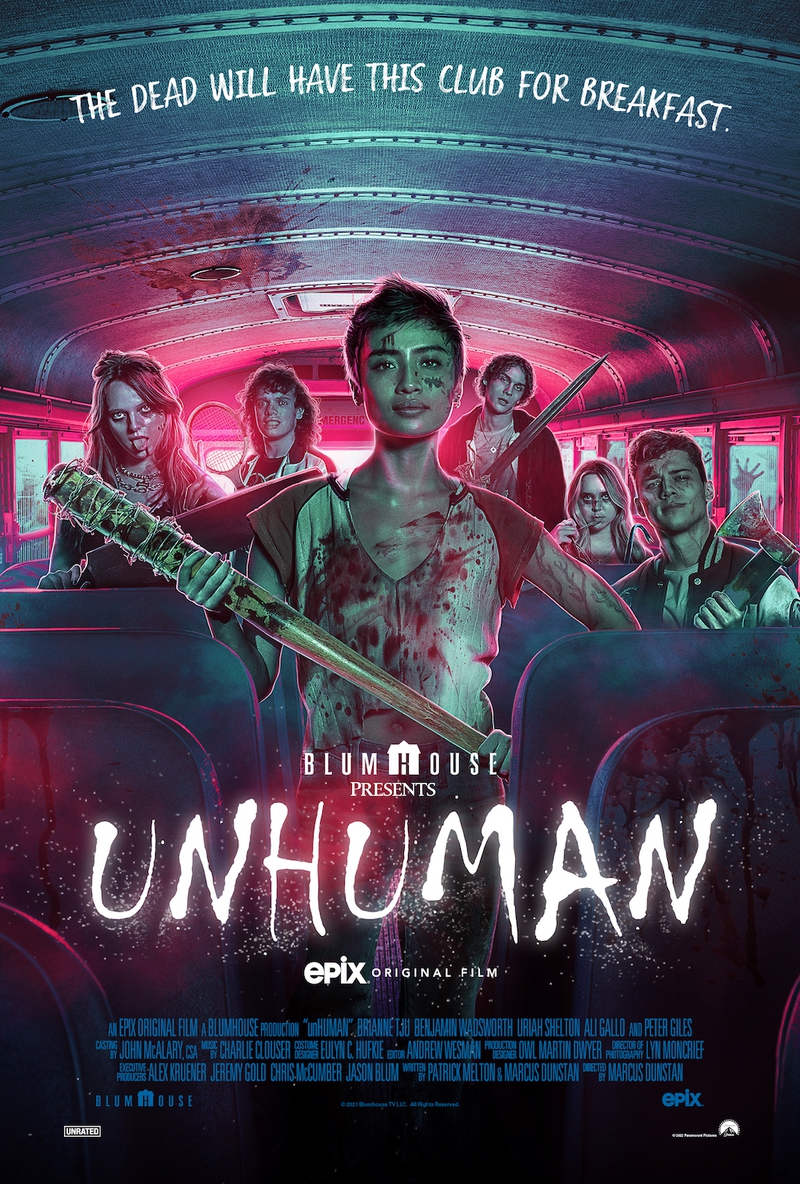 Starring Brianne Tju (I Know What You Did Last Summer), Benjamin Wadsworth (Deadly Class), Uriah Shelton (Freaky), Ali Gallo (The Sex Lives of College Girls), Peter Giles (Into The Dark: Pilgrim). This trailer is giving us teachers making terrible puns, a bloody bus ride, and a mad dash to survive. Will you be voted Most Likely To Die First, or Most Likely To Survive in the class of 2022 yearbook? We've got fire and blacklights, and... well, just check out the trailer for yourself.

Unhuman will be available On Digital June 3, 2022.