Exclusive ALTER Premiere: PIECES OF ME 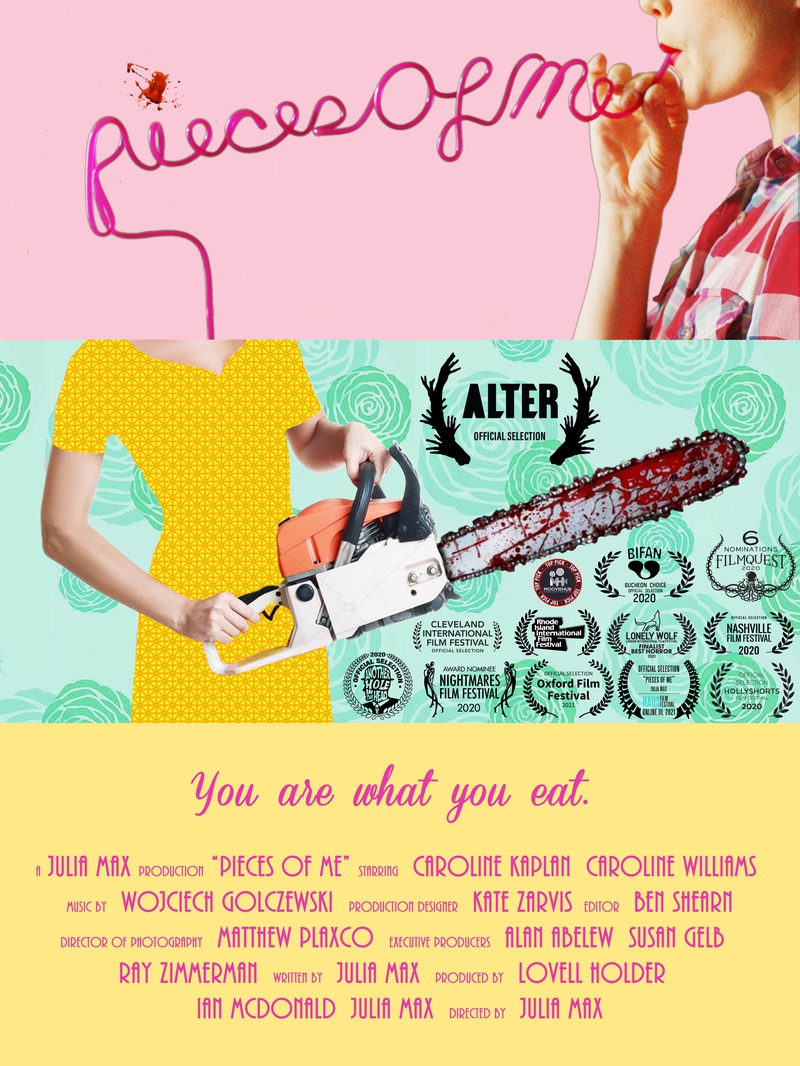 Today we have an exclusive premiere of Julia Max's Pieces of Me ahead of its ALTER debut. In this short film, "a struggling young starlet uncovers a deadly secret which may be the key to the fame and fortune she so desperately craves." Max says this "was heavily inspired by my years as an actor. I see this film as an exploration of the relentless pursuit of unachievable beauty standards, and the extreme lengths people have to go to in order to 'make it'".

Genre favorite Caroline Williams (The Texas Chainsaw Massacre Part 2) co-stars, when we asked Max what is was like working with a horror genre legend, she said, "Caroline Williams is an absolute blast to work with! She is bold and daring, and will do anything it takes to make the movie better. I feel so lucky I got to work with her on this project. I was having a really hard time finding someone for that role, and started asking everyone I knew if they had any recommendations. Luckily, my friend Chase Williamson had just done Greenlight with Caroline. He said she was really fun and definitely not squeamish about guts and gore. He put the two of us in touch and the rest is history."

Guts and gore are pretty standard fare for Williams, and Pieces of Me offers up plenty in that department. As a matter of fact, Max has one of the prosthetics from the film, currently sitting on a mannequin head in her office, "I absolutely love it, but I have to admit I get some very strange looks from people during zoom calls." This makes a lot of sense for someone who went to a screening of The Texas Chainsaw Massacre 2 immediately after getting engaged. We can't think of a better way to celebrate a proposal than with a little Sawyer family shindig.

The film stars two Carolines, Max speaks highly of them both, "Caroline Kaplan was also amazing to work with. She went to grad school with our producers Lovell Holder and Ian MacAllister McDonald. We were very lucky to get her for this project since she was just finishing up The Plot Against America. She is incredibly talented and spectacularly disturbing in this piece."

And now, enjoy Pieces of Me, and check out ALTER for more great horror shorts.