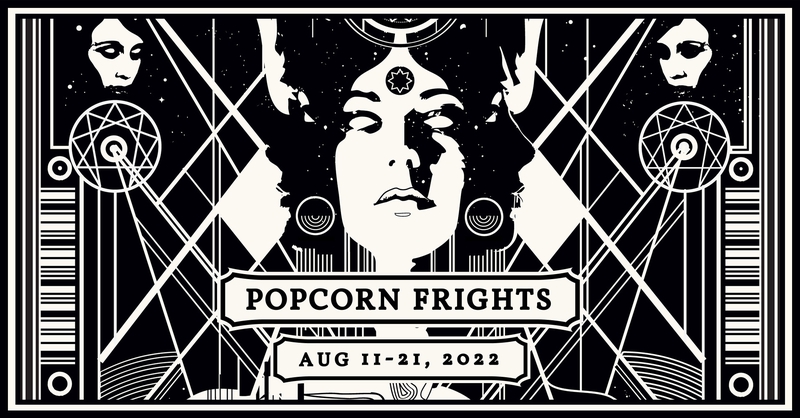 Ready your retinas, creeps! Popcorn Frights returns this August to Florida (and your living room) for a hybrid festival experience. Tyler Cornack’s Tiny Cinema will open up this year's festival, a twisted anthology follow-up to his feature debut, Butt Boy. This first wave announcement includes six feature film World Premieres — Living With Chucky (yes, that Chucky) a documentary celebrating our favorite freckled, red-headed terror and the beloved humans who brought the franchise to life, Loneliest Boy In the World described as "a Tim Burtonesque fairy tale with zombies", Final Summer which will take us into slasher territory with She Came From The Woods in a Night at Camp Frights double bill. 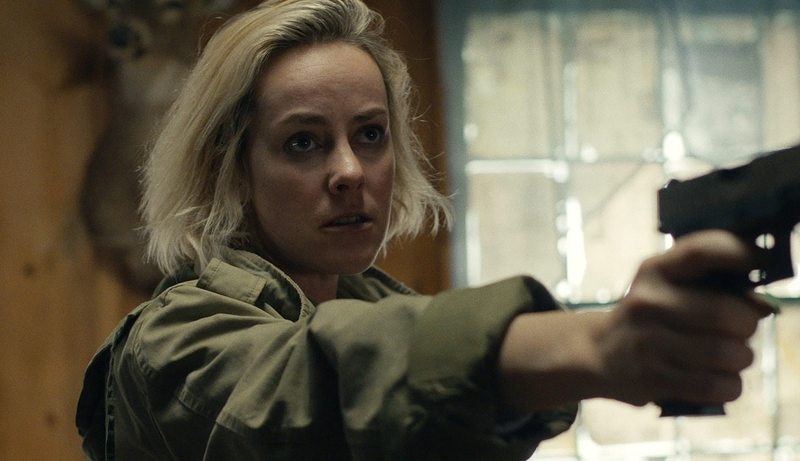 You can also catch Carter Smith's Swallowed and The Ruins, the former reuniting Smith and Jena Malone and also starring Nightmare on Elm Street 2’s Mark Patton. The festival will also celebrate the centennial anniversary of Nosferatu with a showing accompanied by a live performance of an original score composed by Miami artist Richard Vergez. 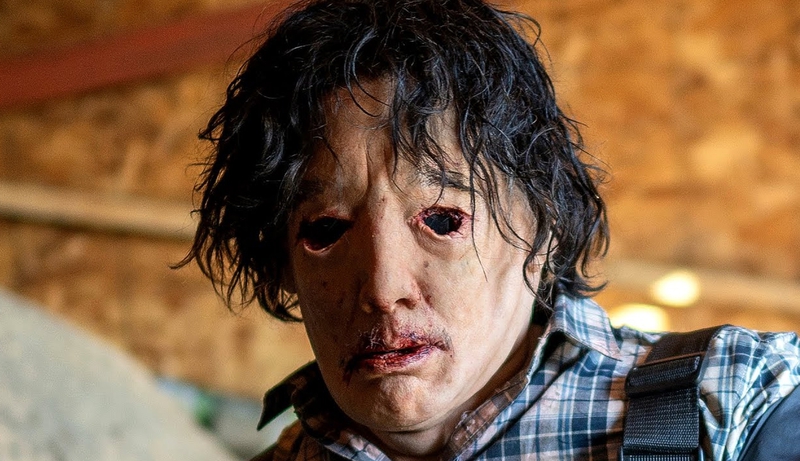 The festival is also serving up some hefty gore with Argentinean Pussycake, an alien invasion in the indigenous Canadian Slash/Back, and the North American Premiere of Florida filmmaker Sylvia Caminer’s Follow Her. The eighth annual Popcorn Frights Film Festival takes place in Fort Lauderdale, South Beach, and virtually August 11-21. Get your tickets here, and take a look at the first wave lineup below. 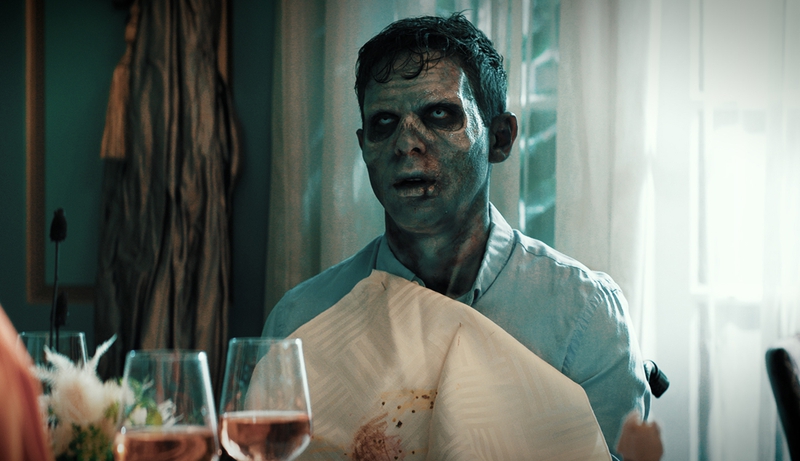 A mysterious stranger tells the twisted tale of seemingly unconnected strangers whose lives will change in incredible and bizarre ways forever.

Final Summer
World Premiere
United States | 2022 | 90 Min. | Dir. John Isberg
*Director John Isberg expected in person
*Available in-theater and virtually
In the wake of a tragedy during the summer of 1991, a group of camp counselors find themselves fighting for their lives against a masked killer.

Living with Chucky
World Premiere
United States | 2022 | 95 Min. | Dir. Kyra Gardner
*Director Kyra Gardner and special effects designer Tony Gardner expected in person
*Available in-theater and virtually
A filmmaker who grew up alongside the Chucky doll, and whose father helped bring it to life, finally meets the other families surrounding the Chucky franchise.

The Loneliest Boy in the World
World Premiere
United Kingdom | 2022 | 95 Min. | Dir. Martin Owen
After the tragic loss of his mother, a boy is threatened with state custody unless he can find a new family. And he does just that… He digs one up at the local cemetery.

PussyCake
Florida Premiere
Argentina | 2022 | 95 Min. | Dir. Pablo Parés
*Available in-theater and virtually
A struggling all-girl rock band kicks off a new tour, hoping to rekindle their popularity. But when they catch the attention of horrors from beyond our reality, the band realizes that being forgotten by their fans is the least of their problems.

The Ruins
Special Presentation
United States | 2008 | 95 Min. | Dir. Carter Smith
*Director Carter Smith expected in person
A leisurely Mexican holiday takes a turn for the worse when a group of friends and a fellow tourist embark on a remote archaeological dig in the jungle, where something evil lives among the ruins.

She Came from the Woods
WIP Presentation
United States | 2022 | 101 Min. | Dir. Erik Bloomquist
*Director Erik Bloomquist and writer Carson Bloomquist expected in person
In this contemporary ode to ‘80s summer horror, a group of counselors accidentally unleash a decades-old evil on the last night of camp. As the mayhem and madness turn bloody, the staff of Camp Briarbrook is forced to confront what stories are worth telling and what secrets worth keeping.

Slash/Back
Florida Premiere
Canada | 2022 | 86 Min. | Dir. Nyla Innuksuk
Something sinister from outer space lands a stone’s throw from the Arctic Circle, and humanity’s first line of defense proves to be a group of Inuit girls armed with nothing but their wits and a bunch of traditional hunting and fishing tools, and strategies they picked up from their favorite horror movies.

The Creeping
Southeast US Premiere
UK | 2022 | 94 Min. | Dir. Jamie Hooper
A concerned young woman moves home to look after her ailing grandmother and soon finds herself fighting a malevolent presence with a dark secret.

Distress Signals
World Premiere
United States | 2022 | 80 Min. | Dirs. Terence Krey, Christine Nyland
When a fall down a steep rock face separates her from her friends, a woman finds herself stranded. Now, alone and with a dislocated shoulder, she must make her way out of the woods — and contend with how she got there.

The Leech
Florida Premiere
United States | 2022 | 82 Min. | Dir. Eric Pennycoff
A devout priest welcomes a struggling couple into his house at Christmas time. What begins as a simple act of kindness quickly becomes the ultimate test of faith once the sanctity of his home is jeopardized.

The Third Saturday in October
Florida Premiere
United States | 2022 | 102 Min. | Dir. Jay Burleson
When a psycho goes on a murderous rampage after surviving a botched execution, only two survivors of his initial attack can stop him.

The Third Saturday in October Part V
Florida Premiere
United States | 2022 | 89 Min. | Dir. Jay Burleson
In this sequel, an unstoppable killer stalks and butchers the occupants of multiple homes across the stretch of one lone country road as the residents prepare to watch the yearly college football game.

They Wait in the Dark
World Premiere
United States | 2022 | 84 Min. | Dir. Patrick Rea
A young woman and her adopted son are on the run from her abusive ex until a supernatural force from her dark past begins haunting them.

Virtual Reality Experience
Popcorn Frights’ Virtual Reality world experience is created in partnership with the O Cinema, an independent non-profit based in Miami. Hosted on AltSpaceVR, the Virtual Reality environment will feature live events and an exclusive selection of short films that will receive their premieres in this unique digital space. The AltSpaceVR platform will be free to all audiences and available through Quest or STEAM headsets or on PCs.