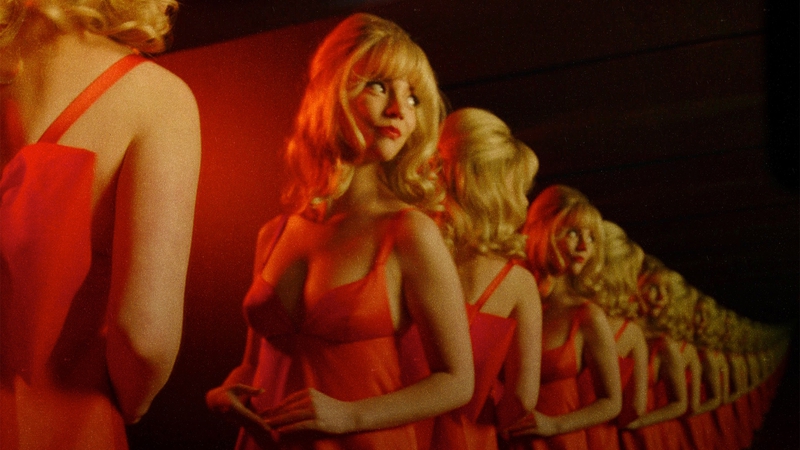 We haven't stopped thinking about Edgar Wright's Last Night In Soho since catching it at the Fantastic Fest secret screening. Wright introduced the movie and discussed the importance of the music during the post-screening Q&A. The music is so imperative in setting the scene that it's a character unto itself. Now as a little treat, Edgar Wright has curated a playlist consisting of sixty songs from the '60s that inspired him during the making of Last Night In Soho. We know what we'll be listening to this weekend! Here's a link to the complete playlist, slightly more portable than a suitcase full of vinyls. Enjoy!

In acclaimed director Edgar Wright’s psychological thriller, Eloise (Thomasin Harcourt McKenzie), an aspiring fashion designer, is mysteriously able to enter the 1960s where she encounters a dazzling wannabe singer, Sandie (Anya Taylor-Joy). But the glamour is not all it appears to be and the dreams of the past start to crack and splinter into something far darker.