Each New M3GAN Trailer Is More Bonkers Than The Last

Wait'll you see THIS one. 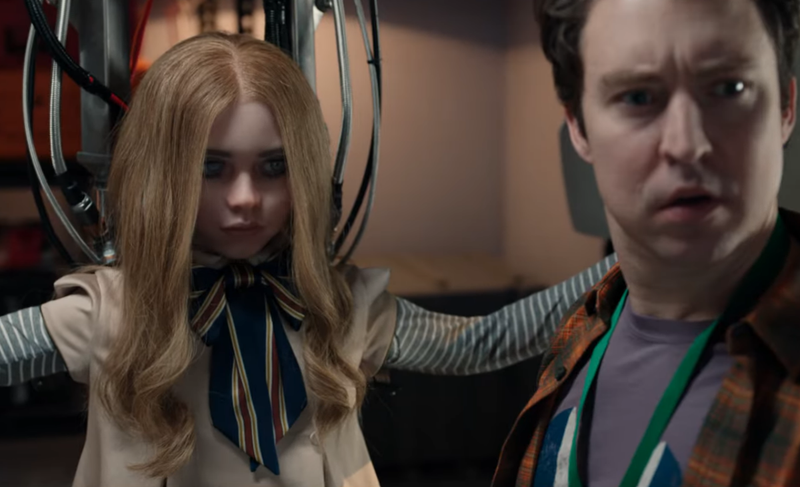 Write up news and trailers for a living, chances are you're gonna end up covering some movies more often than others. Marketing campaigns now stretch on for months, new bits of moderately-interesting information are doled out like precious resources, teaser posters beget posters which beget teaser trailers which beget full trailers which beget TV spots which beget ... oh, you get the idea. The point is, sometimes it can all feel like a bit much. Sometimes, in the worst scenarios, you're bored with the damn movie before it even arrives.

This is decidedly not the case with the forthcoming M3GAN.

Ever since we heard about this one (and, crucially, that it was scripted by Akela Cooper, who delivered the screenplay for last year's jaw-droppingly entertaining Malignant), we've been dying to know more, and every step of the way our curiosity has been rewarded. Quite literally every photo, poster, teaser and trailer that we've seen for Gerard Johnstone's M3GAN has filled us with absolute glee, and the just-released second trailer for the film is certainly no exception.

For real, this may be the most bonkers M3GAN trailer yet:

Listen, at this point, I'm not even sure what to say to you if you're not onboard the M3GAN train. It looks creepy, funny, and - best of all - knowing, as though both Cooper and Johnstone knew full well what kind of movie we wanted here and decided to provide us with that and then some. Even as we speak, everyone on Twitter is yammering about next weekend's Avatar: The Way of Water, and I'm sure that'll be an absolute spectacle that makes a bazillion dollars, but right now all I wanna talk about is M3GAN.

The good news is, we won't be waiting much longer for this one. Johnstone's film hits theaters on January 6th (an early frontrunner for next year's Oscars, perhaps?), and we will be there with bells on. Stay tuned for more on M3GAN as further updates become available ... and you just know they will.