The new series emerges from the snow, wielding nostalgia as both weapon and tool. 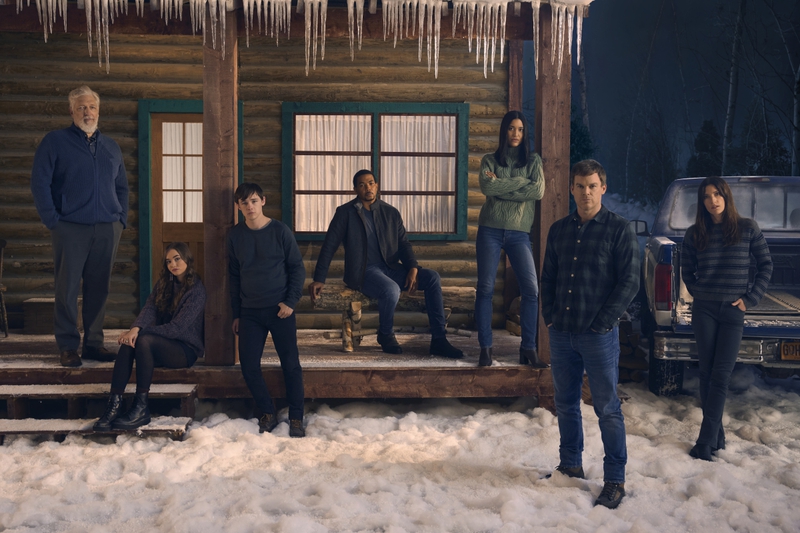 Spoilers for Dexter and Dexter: New Blood are in this article. Proceed with caution.

In a time when blood-splattered villainous narratives seem to be more popular than ever with the likes of You Season 3 and the bloodbath that is Squid Game, there's no better time for Showtime's classic Dexter character to re-emerge into pop culture once again.

For those unfamiliar, Dexter is a television series that started in October 2006 and reached its divisive finale in September of 2013. The series follows Dexter Morgan (Michael C. Hall), a forensic analyst at the Miami PD, as he wrestles with his "Dark Passenger," an inner-desire to murder those who have gotten away with vicious crimes. Torn between his responsibilities at the police department and his desire to kill, Dexter finds himself in the middle of a host of nail-biting scenarios.

Dexter's infamous series finale is certainly not looked upon very fondly by fans, and has even received a fair share of criticism from its stars themselves. After losing his sister Deb (Jennifer Carpenter) to a gunshot wound and narrowly escaping the pursuit of the police by faking his death in a hurricane, Dexter Morgan takes up residence in a sleepy lumberjack town. As the episode reaches its conclusion, Dexter stands silently in a cabin, free of his "Dark Passenger" and taking on a brand new identity.

With enough water under the bridge since the rough resolution of "America's Favorite Serial Killer," original showrunner Clyde Phillips and star Michal C. Hall have resurrected Dexter Morgan, taking place ten years after the events of the finale. Living out a double-life in a tiny, absolutely freezing town, Dexter now goes by Jim Lindsay (a reference to Dexter book series author Jeff Lindsay), has a brand new girlfriend, and a lovely job at the local hunting shop.

Dexter isn't the first pop-culture show to be rebooted as of late, with iconic series such as Gossip Girl and even Unsolved Mysteries getting new installments. What makes Dexter: New Blood stand out is how it weaponizes and uses fan nostalgia to connect with audiences and emphasize Dexter Morgan's new character arc.

Like all iconic TV shows, Dexter has a series of elements that simply must be present for it to be…well, Dexter. Most notably, the iconic intro jingle and hilarious sequence of Dexter's morbid morning routine are a necessity. Surprisingly New Blood doesn't give in to this easy opportunity for nostalgia, opting for a stylistically different approach to the intro sequence. Gone is the morbid opening number replaced with something much more modern and intense.

Much like Dexter's character as a whole, the show itself has taken on a new identity, leaving out many of its recognizable main elements. Later in the episode, Dexter begins preparing a meal in a much similar manner to how he used to do it in the show's original intro sequence. This time around, Dexter's cooking preparations are played off like normal scene elements, not opting to be emphasized in a way that fans are accustomed to. This is one of many moments in New Blood's premiere that tease fans with nostalgia. Dexter's past and the original show's DNA creep in, yet the character of Dexter has committed to the role of Jim Lindsay, preventing these expected elements from playing a part in the narrative. 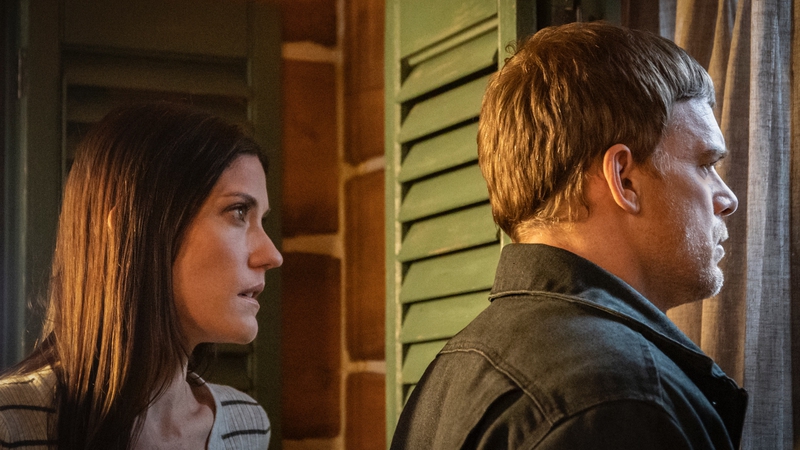 Another signature element of the original Dexter was Hall's darkly comedic inner-monologues. Almost every scene featured entertaining commentary from Dexter himself, often filling the audial space during moments of minimal dialogue. Much like the final seconds of the original finale, Dexter's monologue is entirely absent for the majority of New Blood's pilot. Without his "Dark Passenger," there is no one to narrate the events of Dexter's day-to-day…until the shocking resolution of the episode when Dexter finally indulges in his first human kill in ten years. Within seconds, his famous monologue re-emerges, accompanied by the legendary quote, "Tonight's the night." As Dexter indulges in something from his past, the floodgates of nostalgia break wide-open, bringing Dexter closer to his original show aesthetic and exciting fans of the long-term series. As if that wasn't enough, a familiar musical theme plays over the episode's closing credits, adding even more nostalgia to the blood-splattered resolution.

The character of Dexter in New Blood could be seen as a representation of the resistance towards relying on nostalgia when rebooting well-renowned series. As Dexter tries to keep his past buried, so do the creatives on the show, tempting audiences with only hints of iconic staples from its original run. Adding to the list of diversions is the revival show's drastically different setting. The original Dexter took place in sunny Miami, showcasing a bright and relaxed visual aesthetic contrasting greatly with Dexter's dark inner desires. Gone are the sunny skies of Miami, replaced with the cold-blue aesthetic of New York's small-town Iron Lake. Iron Lake's dark, isolated atmosphere serves as a much more fitting setting for an infamous serial killer to get to work, yet this happens to be the place where Dexter has decided to live a murder-free life. It's a complete reversal of the original show's DNA. 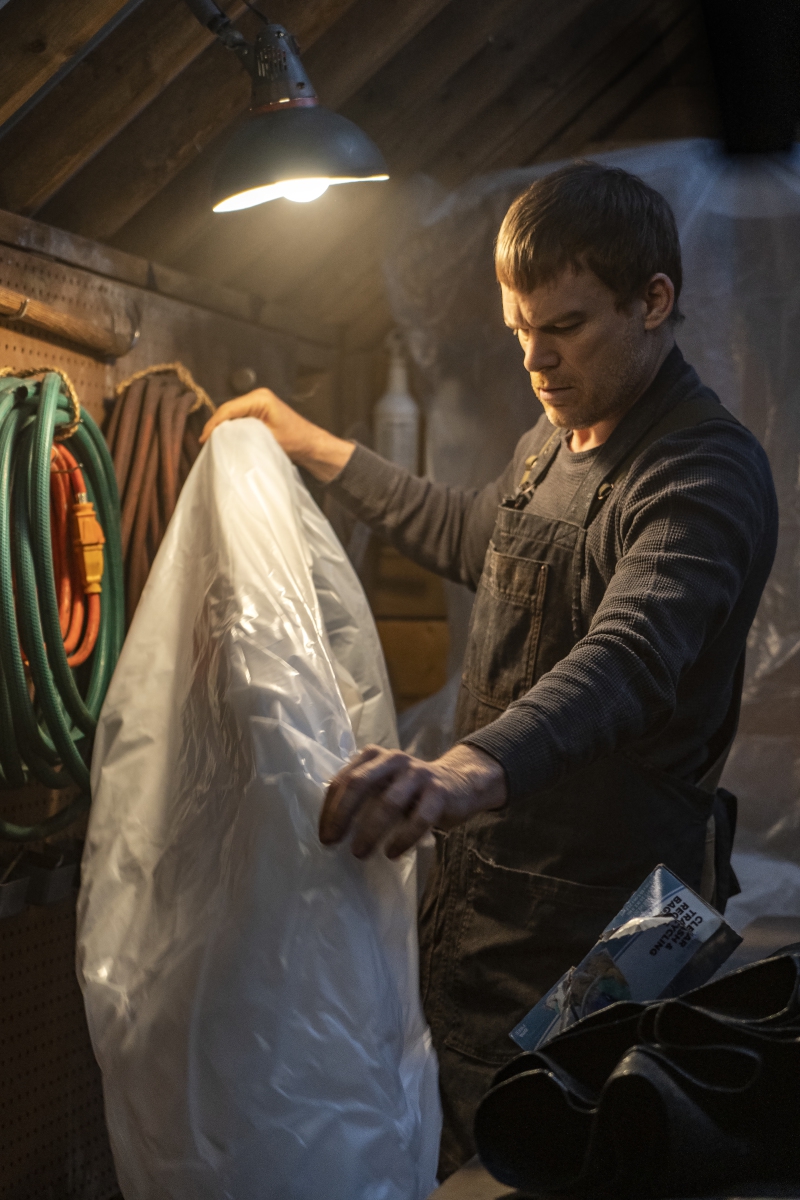 Plot-wise, New Blood's narrative beats also convey the message of resisting nostalgia and pushing away the past. Dexter is completely shocked when the son he abandoned in the original series — Harrison — shows up in his isolated cabin home, now a teenager. Dexter is quick to dismiss Harrison's claims of him being his son, insisting on keeping his past dead and buried. Harrison not only tempts Dexter as a character but also the audience itself, providing a key connective tissue to the events of the original series. By the end of the episode, as Dexter's original world comes crashing back down, he seeks out Harrison and confirms his claims about their relationship. The last moments of New Blood's pilot fully embrace Dexter's past, rewarding fans after nearly thirty-five minutes of constant teasing of the original show's iconic elements. 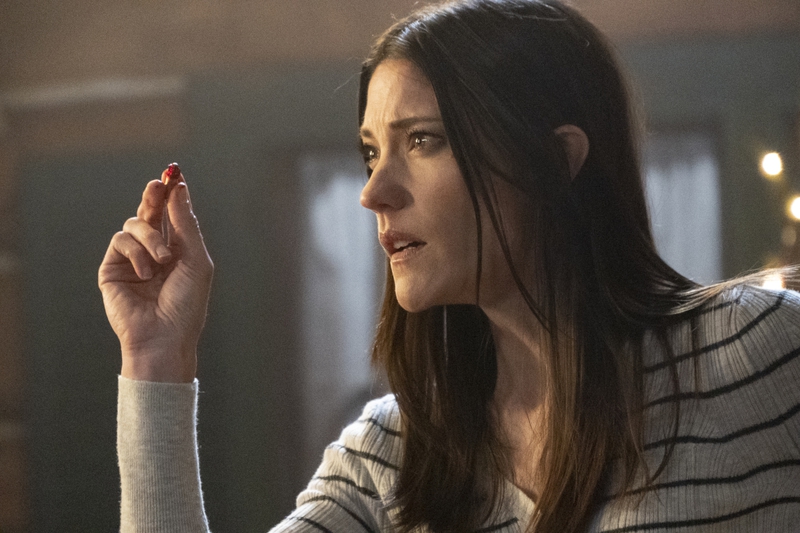 Lastly, one huge reversal of the original show is the imaginary mentor Dexter frequently converses with in New Blood. The original series often had Dexter receiving advice from his deceased father Harry (James Remar), the man responsible for teaching Dexter his serial killing "code." Harrison's guiding hallucination is long-gone in New Blood, this time replaced by none other than Dexter's step sister, Debra Morgan. Haunted by the death of someone he once loved, Dexter frequently bickers with Deb about his conflicted past. Whereas Harry influenced Dexter's desire to kill, Deb's apparition continues to do whatever it takes to stop Dexter from indulging in his dark tendencies. When Harrison shows up in Dexter's cabin, a ghostly Deb stands nearby, gripping her fatal bullet wound from the last season. She warns Dexter that everyone he loves gets hurt, in a last-ditch plea to prevent him from allowing Harrison back into his life.

Dexter: New Blood shows restraint in its ability to give longtime fans the nostalgic excitement of the original series, while making sure to explore a refreshing approach to Dexter's ongoing macabre adventures.

For more Dexter, check out our list of the series' top ten killers. Dexter: New Blood is now streaming on Showtime, with new episodes every Sunday. Click below to get caught up now: