The rising-star director from the Philippines takes on the murky world of Internet censorship. 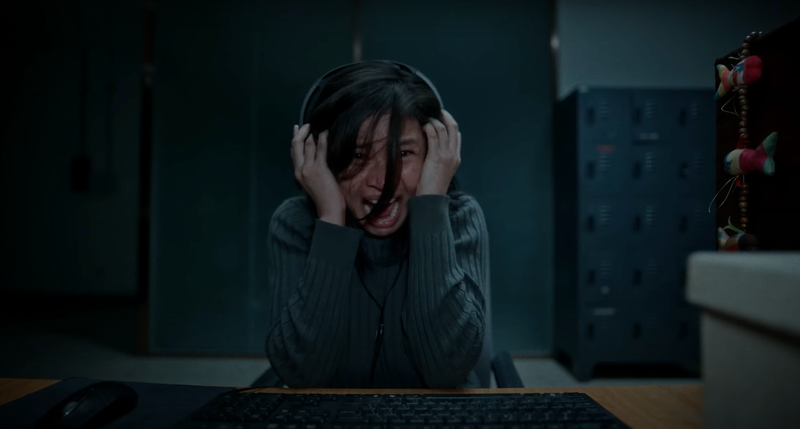 Deleter looks at the world of censorship and content moderation.

Variety have today revealed the trailer for Filipino director Mikhail Red’s new techno-horror Deleter. The award-winning director already has a couple of horrors under his belt including 2019’s Eerie, and 2020’s Block Z. Red’s thriller Dead Kids was Netflix’s first ever original feature from the Philippines.

According to Variety, Deleter’s plot synopsis reads as follows:

“…the film follows Lyra, who works shifts at a shadowy online content moderation office where employees, known as deleters, are tasked with the process of filtering graphic uploads from reaching social media platforms. The responsibility of censorship proves bearable for Lyra, whom her co-workers, as well as her boss Simon, observe as a cold person unfazed by the disturbing imagery she sees on a daily basis. What they do not know is that Lyra hides a deep trauma. Lyra’s attempt to erase and forget her past has forced her to don an apathetic face to the horrors of the world.”

In an interview with Variety, Red explained his inspiration for Deleter and the disturbing real-life circumstances surrounding it:

“[The Philippines] is now known as the content moderation capital of the world […] Moderators work in clandestine or shadowy operations and are often exposed to the filth of society, watching countless videos and images with disturbing and graphic content, which can lead to lasting trauma, as well as psychological and emotional distress all for a low wage.

Most of them do not have proper access to proper work benefits, mental health support and counseling. This genre film attempts to unlock the dark secrets and consequences of their world, especially in a world where the truth is filtered and distortion is prevalent."

The Internet has long been a source of inspiration for horror films, from Kiyoshi Kurosawa’s dread-filled J-horror Pulse, to just this year with Jane Schoenbrun’s creepypasta-inspired We’re All Going To The World’s Fair. From the teaser trailer, Deleter looks like a worthy entry into the world of terrifying tech: