From THE GREAT BRITISH BAKE OFF to a 4K release: It's a big week for Argento's buggy murder mystery. 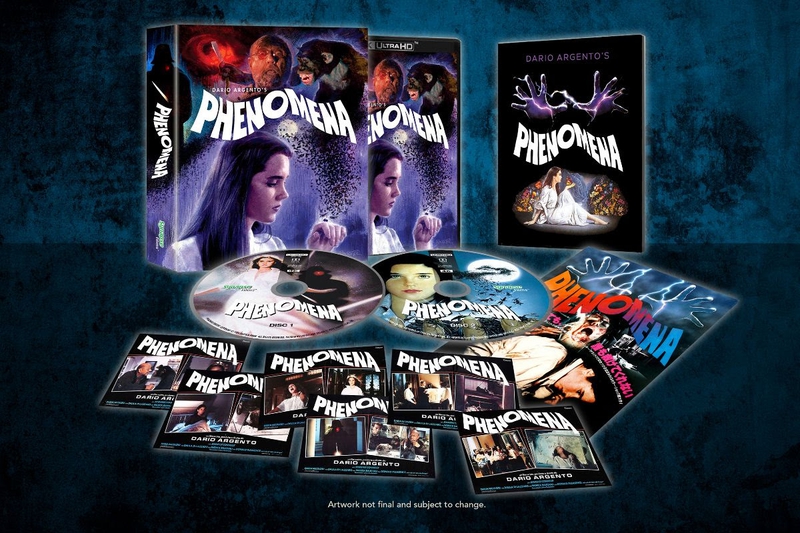 As if we weren't excited enough for the recent appearance of Noel Fielding's fantastic Phenomena shirt on The Great British Bake Off, we also woke up to news of an upcoming Phenomena 4K limited edition set from Arrow and Synapse Films.

Dario Argento's Phenomena stars Jennifer Connelly as Jennifer Corvino, studying abroad at a private Swiss academy. It's Argento, after all which means there's a killer on the loose, but luckily Jennifer discovers she can communicate with bugs. With the help of Donald Pleasence's Dr. John McGregor and his trusty chimpanzee caretaker, Jennifer's telepathic bug powers are unleashed and used to hunt the killer. It's absolutely wild, with a killer soundtrack including frequent Argento collaborators Goblin, along with Motörhead, Iron Maiden, Andi Sex Gang, Bill Wyman and Simon Boswell.

English subtitles for the Italian soundtrack

Audio commentary by Troy Howarth, author of Murder by Design: The Unsane Cinema of Dario Argento

Optional English subtitles for the deaf and hard of hearing

The 116-minute Italian cut features approximately six minutes of footage for which English audio does not exist. In these instances, the hybrid track reverts to Italian audio with English subtitles

The Phenomena limited edition set is expected to be available March 8, 2022.