Creatures Of The Night: DRAGULA LIVE Bites Into The Georgia Peach

Celebrating Pride with The Boulet Brothers and Friends. 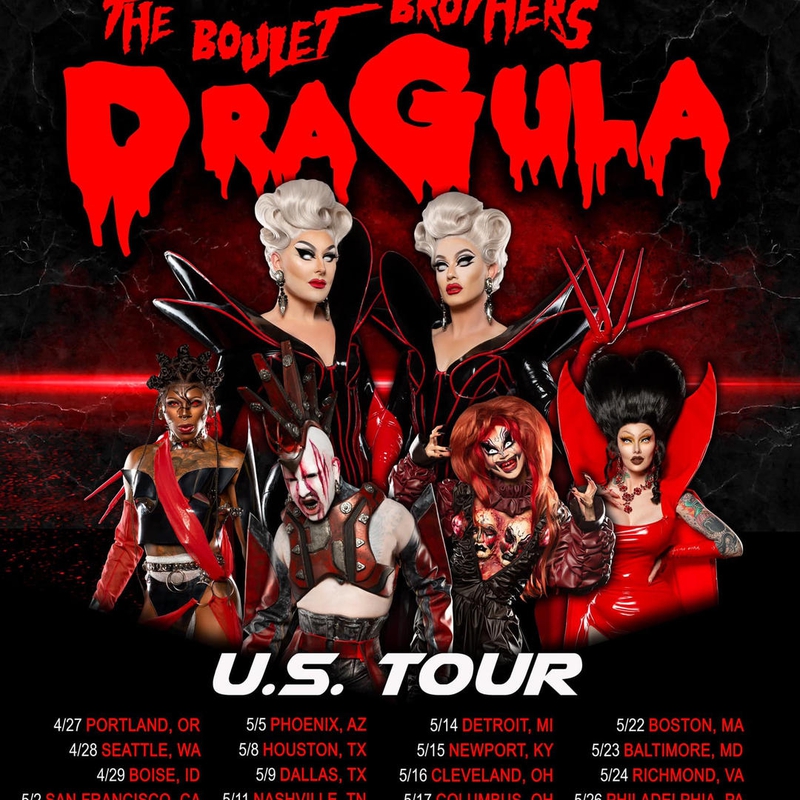 Social media made it hard to miss the chatter around season four of The Boulet Brothers' Dragula. Whether you are a horror fan, a drag fan, or both, the series has only grown in popularity after premiering in 2016. Following the end of the latest season, the duo and the top four contestants traveled worldwide on a massive international tour, showcasing their well-known talents for drag, filth, horror, and glamour. The show finally ended on June 2 in Atlanta, GA, and luckily I managed to snag a ticket for this once-in-a-lifetime experience. After all, there's no better way to celebrate an early birthday and the beginning of pride than with Drac, Swan, fantastic talent, and a passionate crowd in an intimate setting.

Taking place at The Loft in Midtown, I arrived early for the eight o'clock show and waited with a crowd outside until they let us inside the venue. Despite getting there an hour before, the show already had a long line which only increased as it got closer to show time. The inside of The Loft greeted me with its personable space, two bars, and the central stage in the front of the venue. The room never felt claustrophobic, but crowds of people congested the front leaving pockets of space for the brave to travel through. Much like their diverse fandom on social media, a variety of fans showed up for Dragula Live to engage in this communal experience.

After the crowd settled and found their spots, the venue's lights dimmed, and the show began. The stage lights came to life as the familiar tv show soundtrack blasted through the speakers, and projected graphics appeared on the stage screen. The live show became the perfect blend of drag performances and a multimedia experience. Following the intro, Drac and Swan appeared on stage and greeted the crowd. After years of experience, hosting is second nature, and their presence provided an electric response. My cheers and yells became engulfed by the energetic communal screams. After their introduction, the show officially kicked off. Despite each audience member having their favorite contestant, it never felt like we were arguing or debating about who was the better drag performer but instead celebrating their skills and performances. 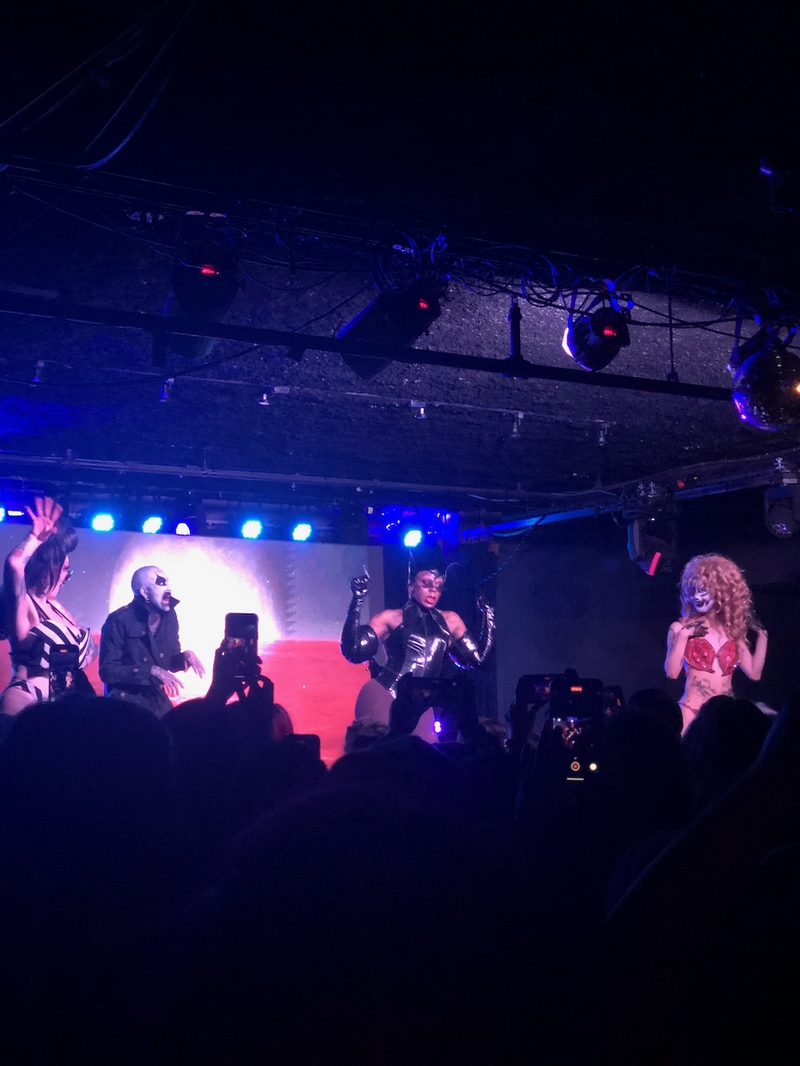 Each performer brought their A-game to the live show; highlights included Sigourney Beaver eating an artificial heart on stage, HoSo Terra Toma's take on the werewolf, Saint blurring the line between morbid and glamour as Leatherface, and this season's winner Dahli as a horror cowboy clown. My favorite had to be the four performers during the beach party act as they danced to The Vampire Beach Babes' "Gothic Surf-A-Rama." More impressively, though, is how each of them interpreted what drag can be. There's a personal quality to their outfits and performances, perfectly tailored to their personas. Despite the polish, the punk nature of the program lies in the performers acting as a counterbalance to mainstream drag depictions in the media. The Boulet Brothers' performances served as bookends for the show, where following their take on mummies and ancient Egypt, the program went on an intermission.

The Boulet Brothers promote an extraordinarily positive and inclusive environment for first-timers and drag club veterans alike. Outside of drag being their career, the performers have a fantastic time while performing, which rubs off on the audience. While recharging before the second half, most had smiles and discussed the acts so far. Instead of simply watching Dragula on a screen, we were experiencing the program in a much more personal way.

Before the performers appeared for a second time, The Boulet Brothers and their producer Ian Devoglaer held a live recording of their podcast, Creatures of the Night. Their trademark camp and humor felt a bit surreal to experience in person. As a special treat, they held the floor open to audience questions ranging from how to be a contestant on the show to the difficulties of being on the road for a long time. The Kingcast was even mentioned when a kid asked them about the camping story they told on the podcast.

At the show's end, I felt overwhelmed in the best possible way. I had a giant smile as I left the venue and waited for my ride. Especially in the current climate, with LGBTQ+ legislation and discussion across the country, the show served as a nice moment of joy and a reminder of the importance of a community. Drag and horror make a perfect combo not only thanks to camp but also in regards to transgressing heteronormativity. Being around so many queer and queer-friendly horror fans in person felt refreshing. Despite different sexuality and gender identities, everyone has a seat at The Boulet Brothers' table. After buying a Boulet Brothers shirt from the show, I always wear it. Not only as a queer horror fan but as a reminder that I am a fellow creature of the night.

The US & UK legs of the S4 World Tour are now complete! Thank you to everyone for coming & for feeding us unbridled, incredible energy at every stop. We are so proud of our top 4 monsters @SaintTheCreator #Dahli @BeaverSigourney @hosoterratoma and can’t wait for what’s next 😉🇦🇺 pic.twitter.com/BLPoEgCZgk

Tickets are now on sale for Australia and New Zealand dates. 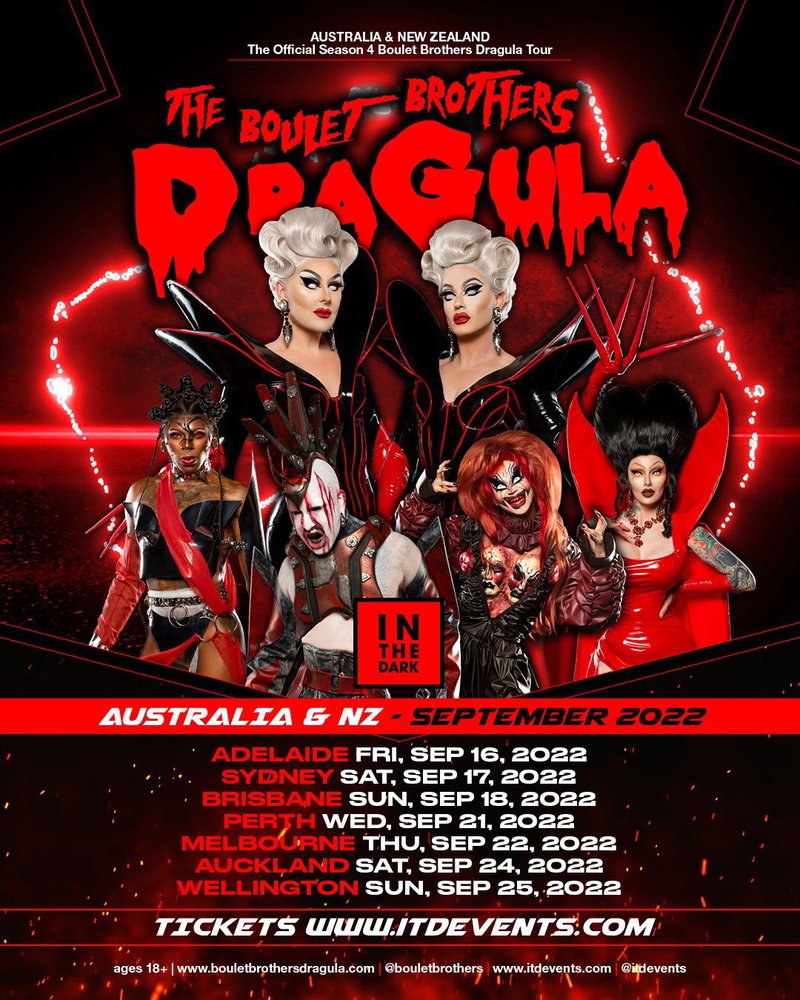