Check Out The Cover For NIGHT FEVER, A New Thriller From Ed Brubaker And Image

Image Comics has revealed the cover art for NIGHT FEVER, an original graphic novel set to hit shelves this summer. 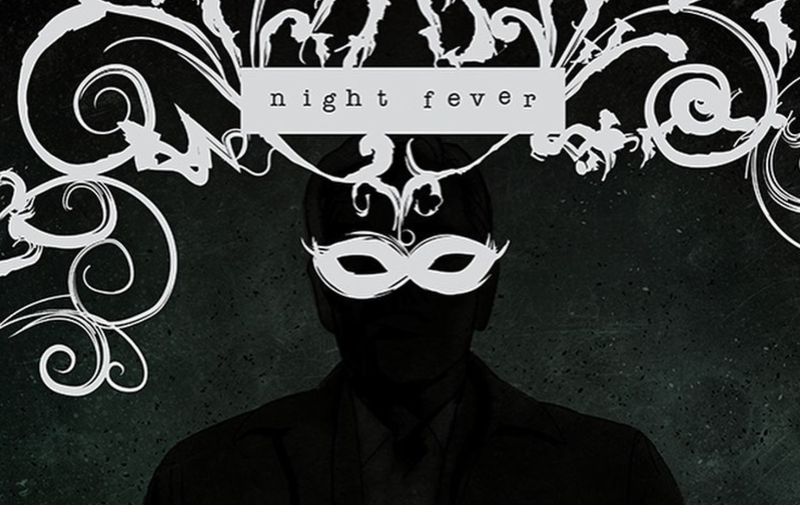 Image Comics is set to deliver a brand new, original thriller graphic novel this summer in the form of Night Fever. The title hails from an all-star creative team led by writer/artist duo Ed Brubaker and Sean Phillips (Criminal, Reckless), with Jacob Phillips (That Texas Blood) handling colors. Today, we have a new glimpse at the book in the form of some brand new cover art by Phillips. And, for my money, it's pretty compelling stuff. Have a gander for yourself below.

The cover is foreboding, with some beauty in the darkness going on here. We've got a mysterious figure bathed in black, with a touch of lovely white making up the mask and the top of the cover. There's also the fact that he's holding a knife and looks very prepared to use it. It doesn't say much, but it sure as hell grabs the eye. 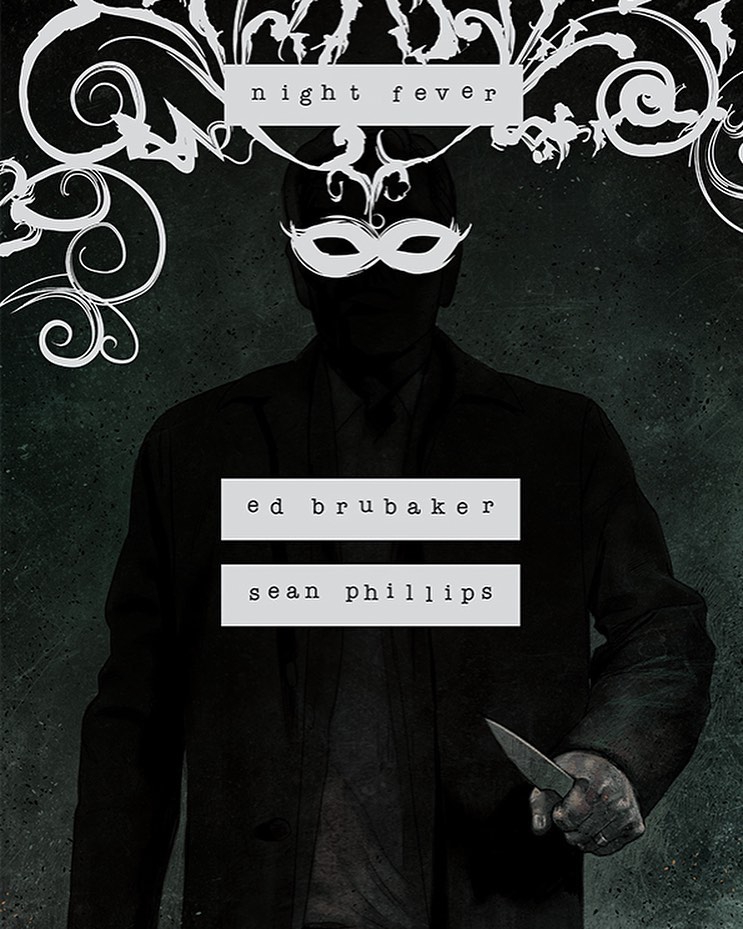 Brubaker had very kind words for the art, saying the following:

"Just when I thought I couldn't get more excited about this new book, Sean decided to do a completely different cover and surprised me with it in my inbox this morning. This book already has the best art he and Jake have done so far together, and now he's designed and painted this enigmatic cover that perfectly fits the tone of the book: Beautiful darkness. I can't wait for it to hit the shelves."

Phillips, for his part, says, "Just when I thought I'd finished drawing this book, the next day I had an idea for a new cover." As for what to expect? Image describes this one as a Jekyll-and-Hyde story inside of a noir thriller. To get a little more specific, here is the official synopsis:

"In Europe on a business trip, Jonathan Webb can't sleep. Instead, he finds himself wandering the night in a strange foreign city, with his new friend, the mysterious and violent Rainer as his guide. Rainer shows Jonathan the hidden world of the night, a world without rules or limits. But when the fun turns dangerous, Jonathan may find himself trapped in the dark... And the question is, what will he do to get home?"

Brubaker is very much known for his work in Marvel Comics, particularly for his runs on Captain America and Daredevil. Damn fine work, if I do say so myself. But he and Phillips have done lots of work in the genre space as well, with Kill or Be Killed serving as a great example. All of this to say, this is very much something worth putting on your radar for this summer. In addition to the new cover, we've also got several pages worth of preview art, which you can check out below.

Night Fever hits shelves on June 14 at local comic book shops and on June 20 everywhere else. 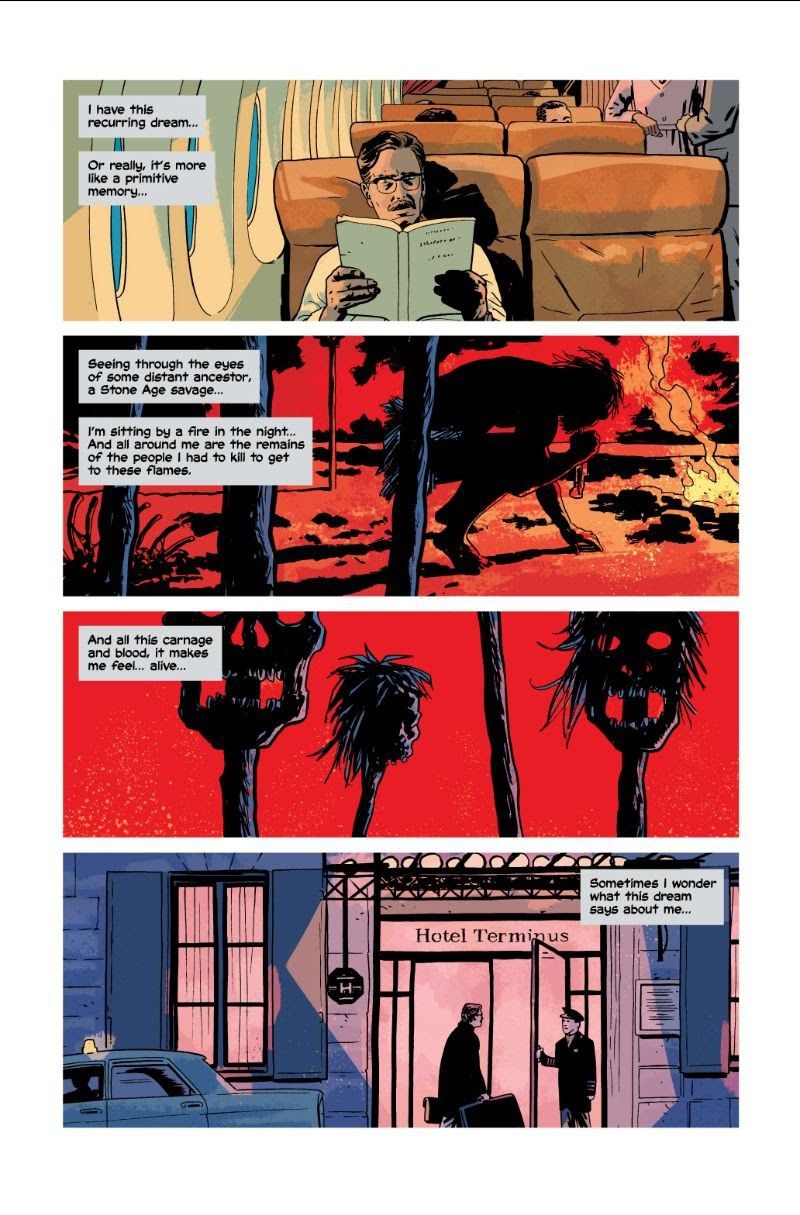 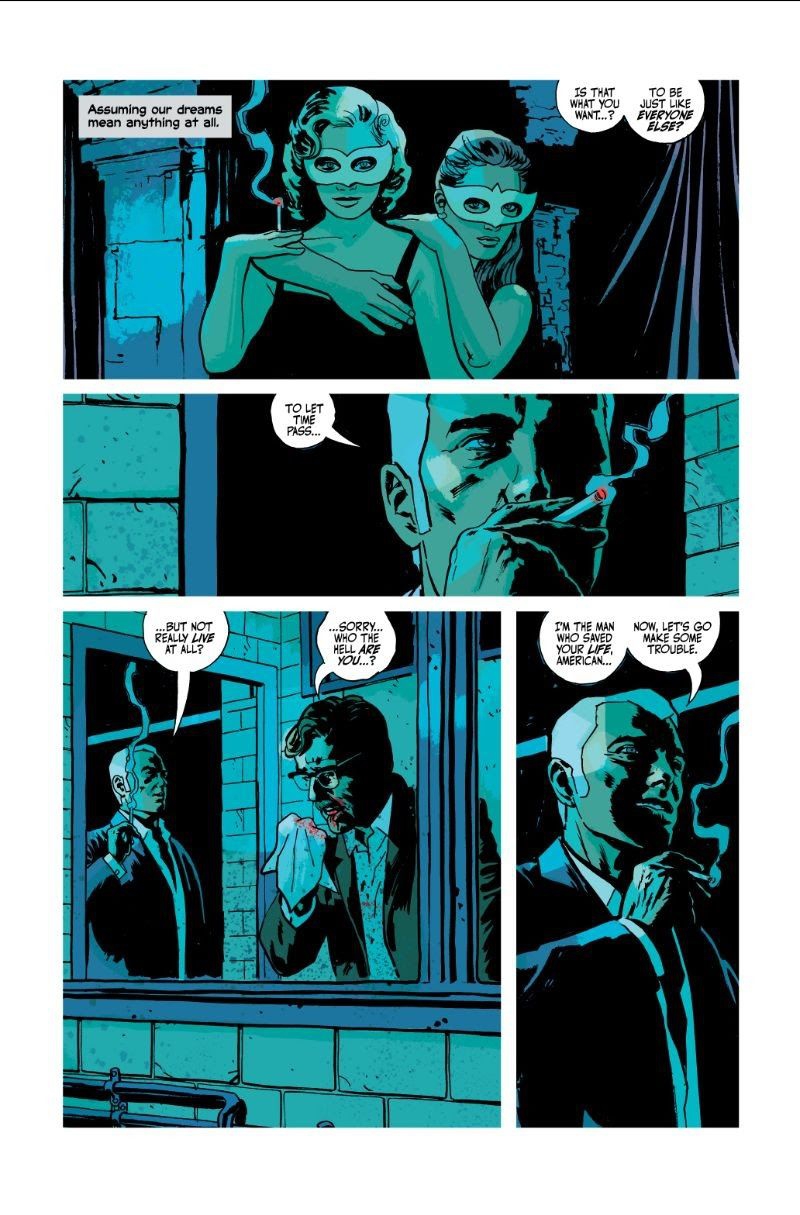 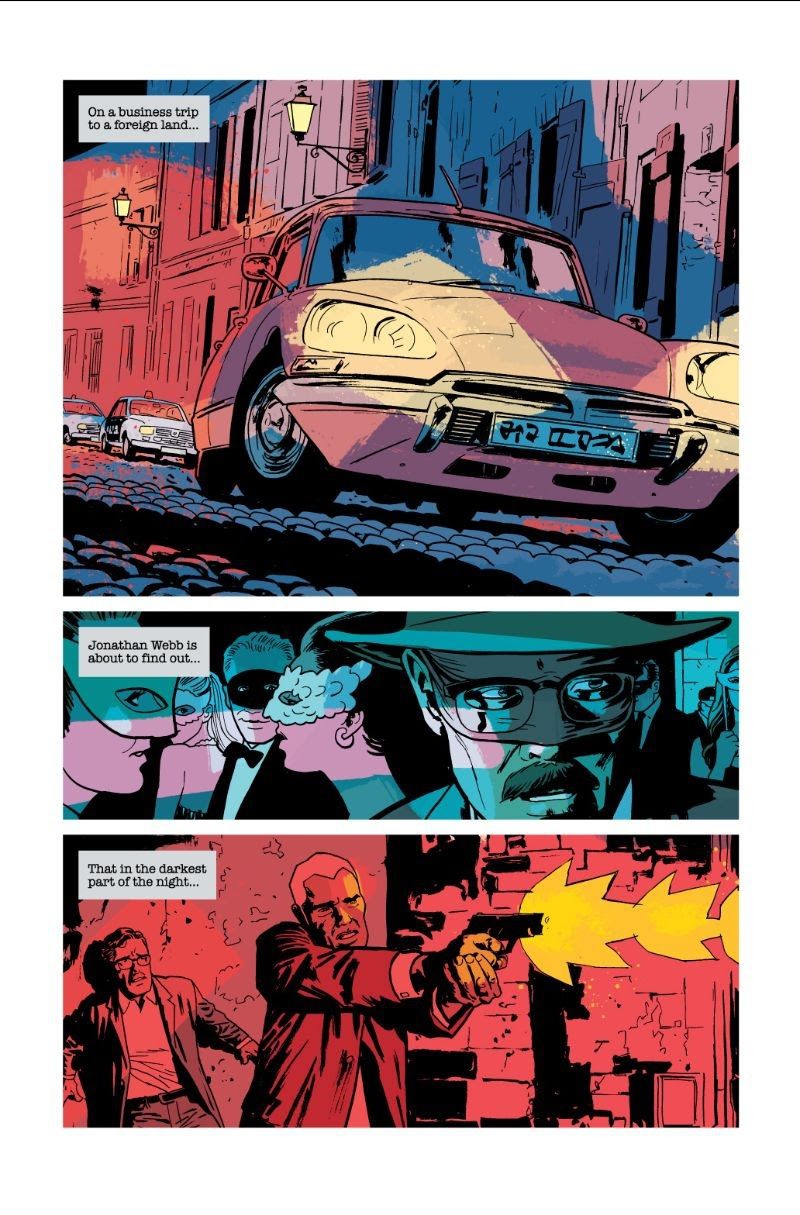 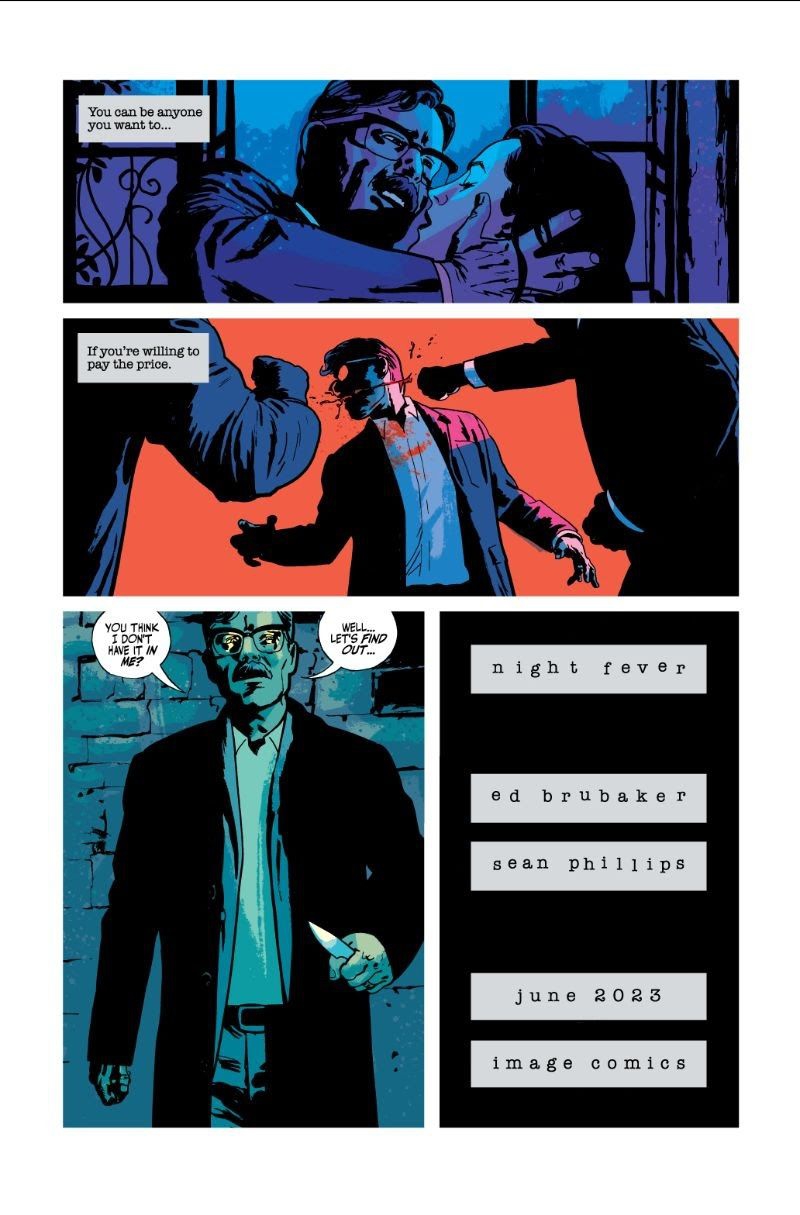