From director Óscar Martin comes a brand-new twist on the WHATEVER HAPPENED TO BABY JANE? formula. 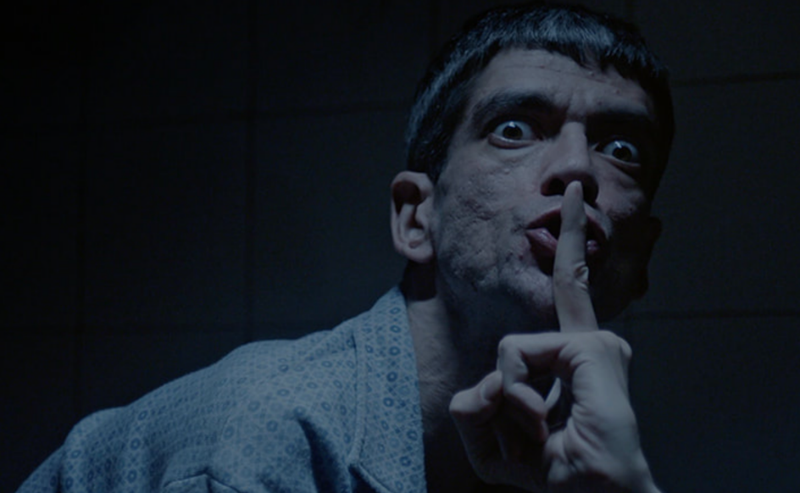 According to a press release which just landed in our inbox, Óscar Martin's Amigo - which screened to a strong response at both Fantastic Fest and the Sitges Film Festival - is headed to North American theaters on December 2nd.

The thriller, which stars Javier Botet (IT, Crimson Peak, Scary Stories to Tell in the Dark) and David Pareja, is said to be in the vein of horror classics Misery and Whatever Happened to Baby Jane?, influences one can easily imagine while reading over the film's official plot synopsis:

After a violent accident, the good-natured David (Pareja) decides to accommodate and care for his best friend, Javi (Botet). But as the two of them begin arguing, the truth about their toxic, homicidal relationship bubbles to the surface - and madness soon takes hold.

An intense cinematic journey that echoes MISERY and WHATEVER HAPPENED TO BABY JANE?, AMIGO is a journey to the heart of deep, dark, gothic Spain that offers a radical twist to the amazing chemistry that Botet and Pareja have previously displayed in their comedy sketches together.

But, wait! There's more! In addition to the announcement of the film's release, distributors Raven Banner and Dekanalog also sent over an exclusive trailer for Martin's film. Let's take a look...

Yup, we'll definitely be checking this one out! As previously mentioned, Amigo will hit North American theaters on December 2nd (that's just around the corner, so check theater listings in your area to see if it's headed your way) before arriving on digital in early 2023. We recommend seeing it with one of your ... well, y'know.