All of those words are good, you gotta admit. 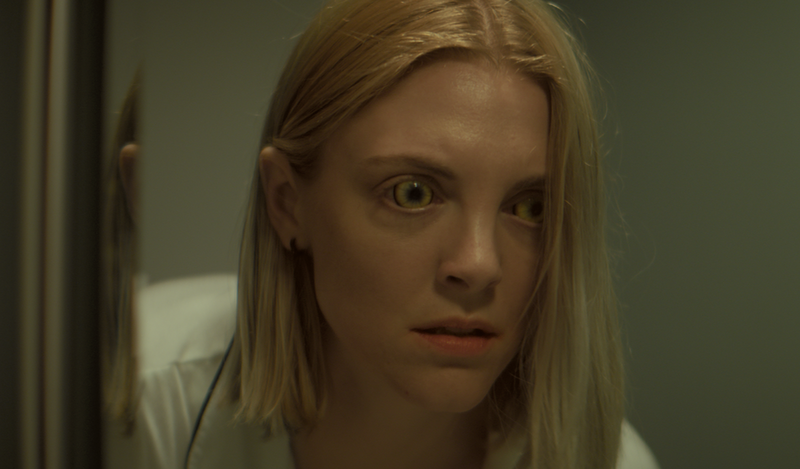 I had a chance to see Bloodthirsty out of Telluride Horror Show last year, and it's definitely one you should keep on your radar. It's a queer, female-forward werewolf picture, written, directed and produced by women and featuring original music by Lowell, featured as the lead character Grey (Lauren Beatty) plays an indie musician who discovers some deeper, darker roots lurking beneath her talent. All very cool, no? And today we have a new clip from the film!

Bloodthirsty is directed by Amelia Moses, co-written by mother-daughter team Wendy Hill-Tout and Lowell, and produced by Hill-Tout and Michael Peterson. Beatty co-stars with Greg Bryk and Katharine King So, both present in the clip alongside Beatty. Oh yeah, and Michael Ironside shows up in the film! Always a joy to see that mug. Read on for the synopsis:

Grey, an indie singer, whose first album was a smash hit, gets an invitation to work with notorious music producer Vaughn Daniels at his remote studio in the woods. Together with her girlfriend/lover Charlie, they arrive at his mansion, and the work begins. But Grey is having visions that she is a wolf, and as her work with the emotionally demanding Vaughn deepens, the vegan singer begins to hunger for meat and the hunt. As Grey starts to transform into a werewolf, she begins to find out who she really is, and begins to discover the family she never knew. What will it take to become a great artist and at what cost to her humanity?

It's all very contained and atmospheric, and I think you guys will dig it. Check out the trailer and poster below! 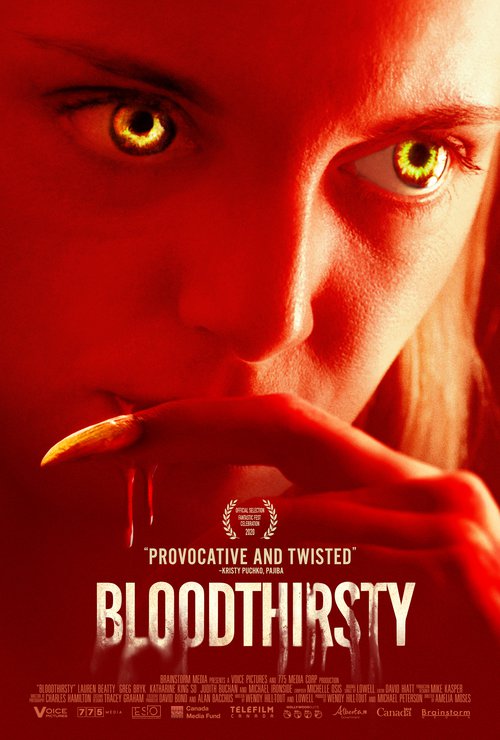 Bloodthirsty is available on demand starting TOMORROW. Get on it!