The adaptation of Jeremy C. Shipp's horror novella will be the first film out of the duo's new production company. 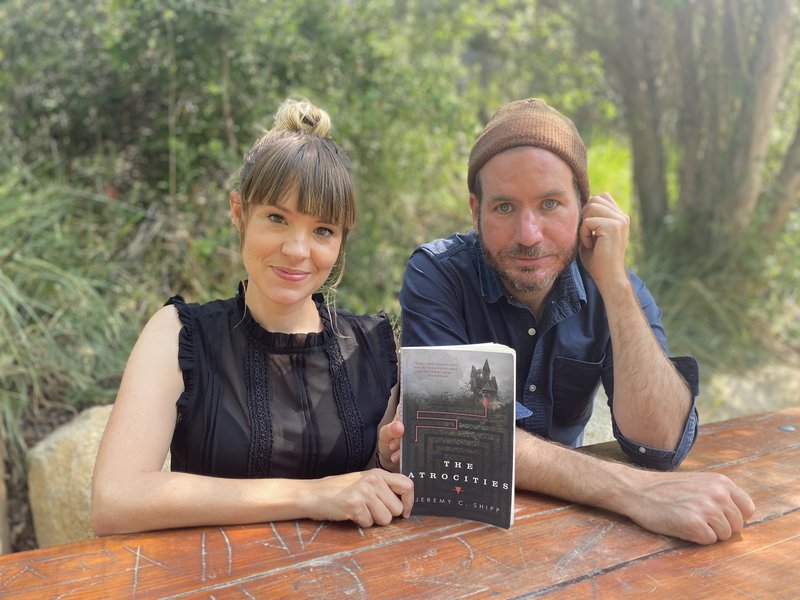 We're thrilled to exclusively announce that Squirrel Park, the new production company led by filmmakers Brea Grant (12 Hour Shift, Lucky, Best Friends Forever) and Ed Dougherty (Paint it Black, Faceless, 7 Witches), will be launching with an adaptation of Jeremy C. Shipp's acclaimed horror novella The Atrocities! Grant and Dougherty will co-write the script, with Grant set to direct and with both producing.

Shipp is a Bram Stoker- and Shirley Jackson Award-nominated author who has this to say about his novella:

"My goal when writing the book was to create a modern-day ghost story that utilizes certain tropes of the genre while simultaneously turning these devices on their head. I wanted to explore the dissonance created by colliding the supernatural and the rational, the modern and the archaic. I also wanted to construct a nightmarescape of a house that's both grotesquely beautiful and beautifully grotesque."

Grant says of optioning the book, "I have been a fan of Jeremy’s work for a number of years and am excited to bring this new take on the Gothic novel to life on screen." Adds Dougherty, "I immediately knew this was the perfect project to collaborate on. It has one of the greatest all time premises I’ve ever seen in a horror novel and I think it’ll make an unforgettable film."

More Gothic horror, please! It's a subgenre that's long been misunderstood and under-utilized in the modern horror landscape, and it's thrilling news that Grant and Dougherty are launching their new venture by visiting those shadowy corridors.

Read on for the synopsis of The Atrocities, and stay tuned for more news from Squirrel Park!

Danna is a modern day governess who works for the elite. When she is summoned to Stockton House to tutor Isabella Evers, things are not as promised. There is no girl to tutor. She died a few months before but her parents insist her ghost is in need of an education.