Sequels BETTER WATCH OUT, INITIATION, and THE TOY MAKER are coming to Blu-Ray and Digital this December! 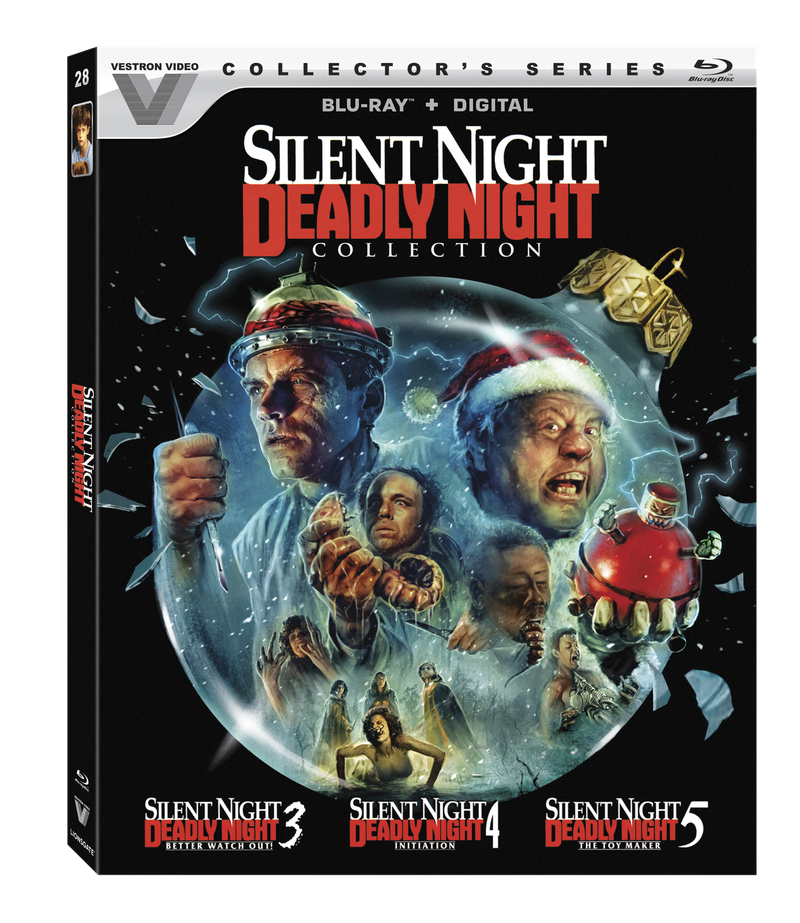 Tis (nearly) the season for killer Santas and Christmas horrors! We must have been good little ghouls this year because Lionsgate is dropping the Silent Night, Deadly Night Collection on Blu-ray for the first time! Well done, creeps! The collection arrives December 13 on Blu-ray + Digital, featuring Bill Moseley's brains, Mickey Rooney in a horror movie, and all-new special features.

In Better Watch Out!, it’s a very bloody Christmas after Ricky Caldwell, the notorious “Killer Santa Claus,” awakens from a six-year coma with one thing on his mind: murder. In Initiation, a reporter’s investigation into a mysterious death leads her into the clutches of a cult that’s chosen her as its new queen, and The Toy Maker stars Academy Award nominee Mickey Rooney as a toy maker whose creations display some very human – and deadly – tendencies. Like a Geppetto-type situation, but make it mad bonkers.

Aside from Academy Award nominees in the mix, we've also got genre legends Bill Moseley (The Devil’s Rejects, House of 1000 Corpses, Night of the Living Dead) sporting some iconic headwear, Clint Howard (Ice Cream Man, 3 From Hell) assisting a she-demon cult to really get into the holiday spirit, and Brian Yuzna writing and directing for Initiation. I mean come on!

This collection is a guaranteed blast if you like fun and holiday horror, and maybe a bit of witchy shit. Take a look below for a breakdown of those special features.