This short film is taking us to the '80s via a hallucinogenic hell port. 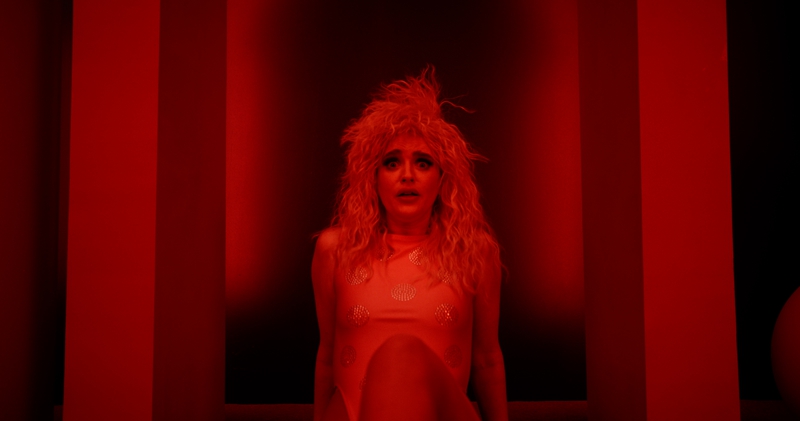 An accidental bad trip goes heinously awry into the land of neon and spandex in this short film from Sam Fox and Candice Molayem. A very Heathers-esque accidental ingestion turns the neon assault of a teen girl's bedroom into a fluorescent (well-toned) hellscape in Bad Acid.

Sam Fox and Candice Molayem have collaborated many times, starting with a promotional party video in 2019. They are a team, a dynamic duo. Fox writes, directs and produces while Candice handles all things visual from production design to set design, wardrobe and prop styling. Their styles complement each other and they vow to never utter the words “that’s too much”, instead they cry out for “MORE”! 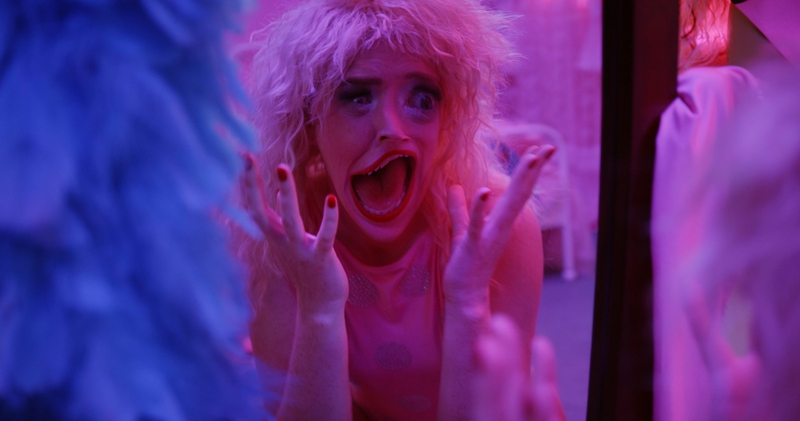 Sam Fox lets us in on how cults and home fitness inspired the short, "In early 2021 Candice and I began talking about sharing executive producing roles and making a Foxy Films & Animal Crackers collaboration. At the time, I was heavily inspired by the NXIVM documentary series on HBO and the copious amounts of at-home pilates videos I was working out to. Candice wanted to redirect her latest collection for her company Animal Crackers Clothing, from party wear to pandemic wear. It was a current craze that was happening in the fashion world but instead of making sweatsuits, she designed '80s-inspired aerobic wear."

The promotional concept video quickly evolved into a full-blown short, "Immediately I was inspired to make a Fonda-esque aerobics video to showcase this new collection. But that concept grew from a workout video into a short film. I went to work and started religiously watching cheesy aerobics videos while Candice began conceptualizing the set design. I brought many of the Foxy Films team in to assist, Alex Knell to choreograph, edit, and creative produce, Desiree Staples and Brooklyn Wilde to produce, William Perls to DP, Chase Levy to AD, and DJ Harvey to compose an original score."

Musicians and comedians Kate Hollowell (Number One Pop Star) and Branden Wilbarger (Bonavega) star, featuring the dancing and acting talents of Caileigh Knapp and Willie Larson playing Stacy and Tracy. Take a look at the absolutely unhinged trailer below.

"The title of the clothing collection, Bad Acid, informed the storyline. I knew we had to use aerobics as the central focus. I love dark comedy, satire, and thrillers and enjoy mixing those genres with highly stylized imagery and music. Candice and I crafted the story together using inspiration from bodybuilders, workout enthusiasts, cult leaders, the endless pursuit for perfection while putting emphasis on the title and the 'trip' that our main character, Sheila, must go on."

Bad Acid premiered at Fantasia Film Festival in July, nominated for Best International Short, and also screened at Beyond Fest among others. The film is still in the midst of its festival runs with upcoming festivals Phenomena in Sao Paulo and Monster Fest in Melbourne this December, with more TBA in 2023. Follow FOXY FILMS on Instagram or the official website for updates. 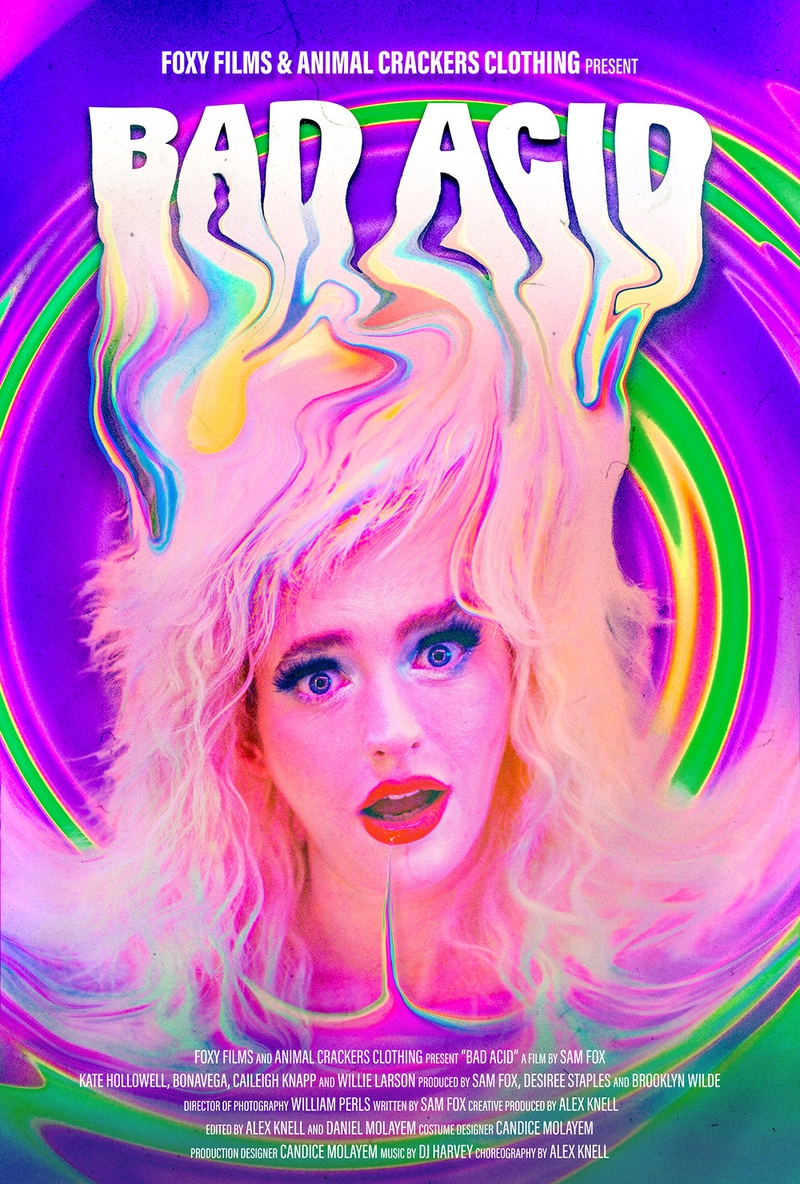