Archie Comics is looking to spoil horror fans this Halloween season with not one but four new comic books releasing as part of the publisher's inaugural "Archie's Month of Mayhem" initiative.

Since the Afterlife With Archie became a surprise hit back in 2013, Archie Comics have embraced the darker side of their universe, venturing deeper and deeper into teen horror territory through comics, graphic novels, and Netflix series like Chilling Adventures of Sabrina. At this point, it's safe to say Riverdale and Greendale will be haunted for the foreseeable future.

The four titles that will debut this Fall are a stand-alone one-shot issue and three new anthologies that dive into the paranormal, the satanic, and the downright weird. The lineup boasts a roster of top industry artists and writers like Frank Tieri, Cullen Bunn, Eliot Rahal, Magdalene Visaggio, Corin Howell, and other rising talents. 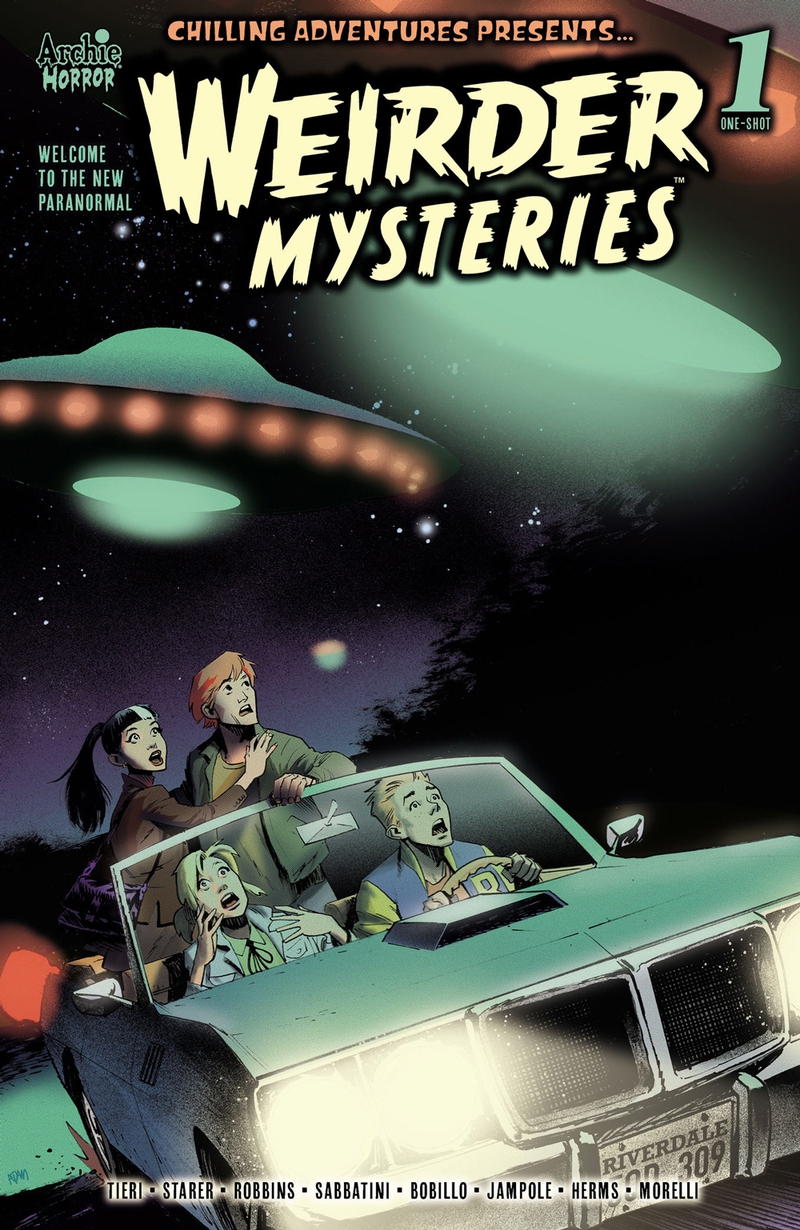 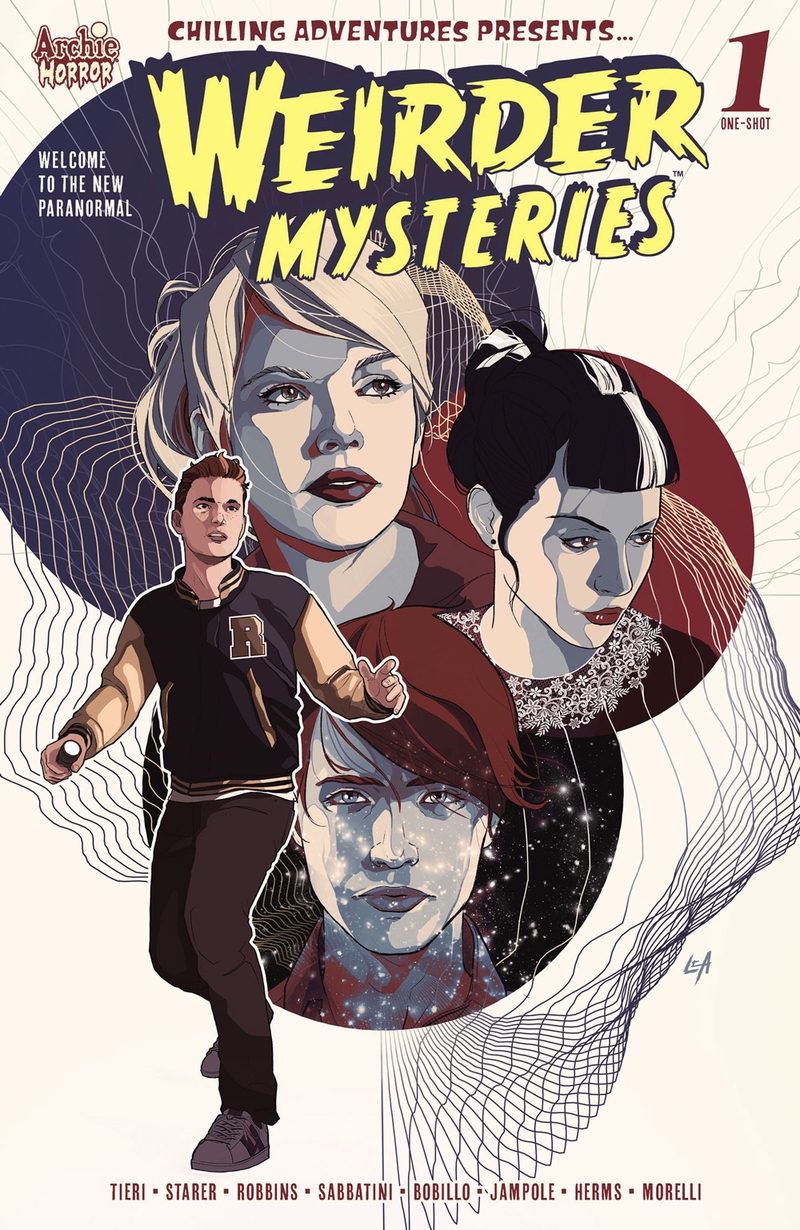 Beginning with Chilling Adventures Presents… Weirder Mysteries in late September, the remaining three books will be released through the end of October 2022, including Chilling Adventures of Salem, Return Of Chilling Adventures In Sorcery, and Fear The Funhouse. With these titles drawing upon influences that range from Ari Aster's Hereditary to R.L. Stine's Goosebumps, they're taking a broad and ambitious "something for everyone" approach, looking to tap every subgenre nook and cranny.

"We've had the idea to do a full horror-themed month for quite some time," said Jamie L. Rotante, Archie Comics Senior Director of Editorial. "The 'Month of Mayhem' name came about internally; we wanted it to be reminiscent of horror film festivals that showcase different subgenres within horror, just as we plan to do this month with our comics (and with all future horror releases)."

Rotante's genuine passion for horror became more evident as she continued, "Whoever thought Archie Comics and horror would go so well together? We did—but it definitely took a lot of other folks by surprise! Since Afterlife with Archie's debut way back in 2013, we've been consistently delivering on unique horror stories featuring our cast, and we have no plans on stopping that any time soon! We're so excited to bring everyone 'Archie's Month of Mayhem'."

Offering a more in-depth look at each series, Rotante kicked things off by discussing Weirder Mysteries, saying, "We wanted to lean into the scarier side of sci-fi. Think Black Mirror and Twilight Zone, with a dash of Stranger Things." Writer Frank Tieri added, regarding his story, "We'll find the fan-favorite werewolf hunter, Betty Cooper, trade in her silver bullets for a UFO detector as she tries to uncover a mystery that's not of this world." 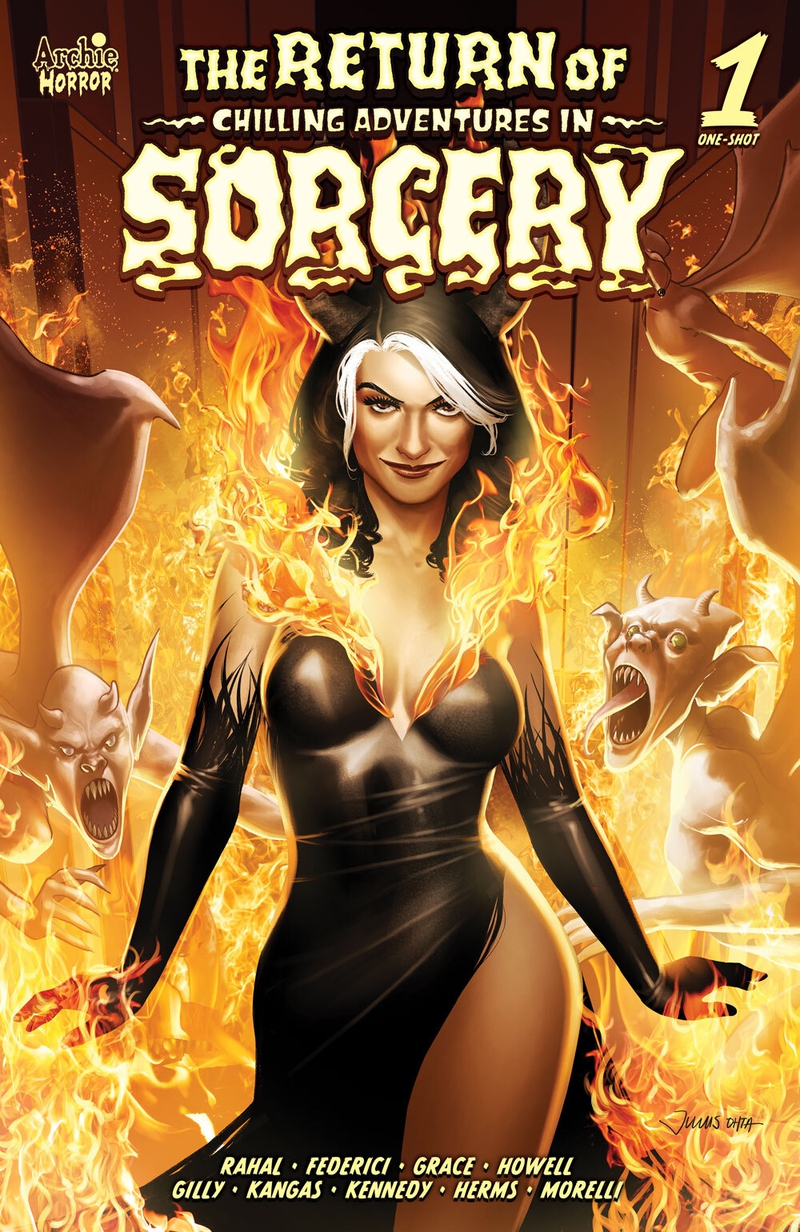 Speaking about Chilling Adventures in Sorcery, Rotante explained, "Last year's Chilling Adventures in Sorcery one-shot comic was special for me on a lot of levels. It was the first title I worked on as Senior Director of Editorial, and one I had wanted to do for quite some time. The overwhelmingly positive response to it meant the world to me, and we knew from day one that we'd return for a sequel. I'm so incredibly excited to see what happens next now that Madam Satan is back on Earth and back at Baxter High. We're thrilled to have the team of Eliot Rahal and Vincenzo Federici back to tell her story, joined with two brand new teams of Sina Grace and Corin Howell and Casey Gilly and Liana Kangas." 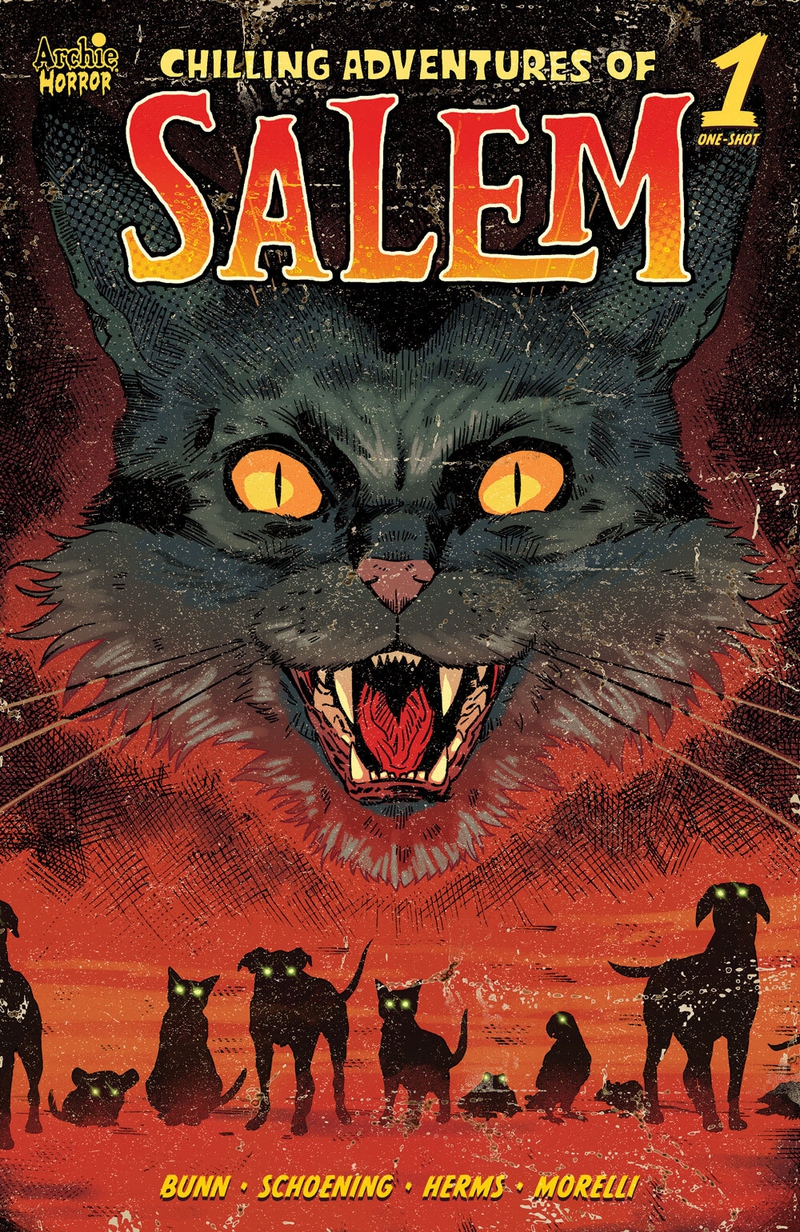 Knowing the Archie fanbase's love for Sabrina's infamous cat, Salem, the team wanted to focus on his point-of-view exclusively for the Chilling Adventures of Salem title, "Who doesn't want to see what goes on in the daily life of Sabrina's familiar, Salem?" Rotante asked, "But it's not all carefree cat life and snark—things get dark and disturbing when Salem discovers an evil warlock harming other animal familiars, with a story from horror master Cullen Bunn and beautiful art by Dan Schoening." (Take a peek at some of Schoening's beautiful art below.) 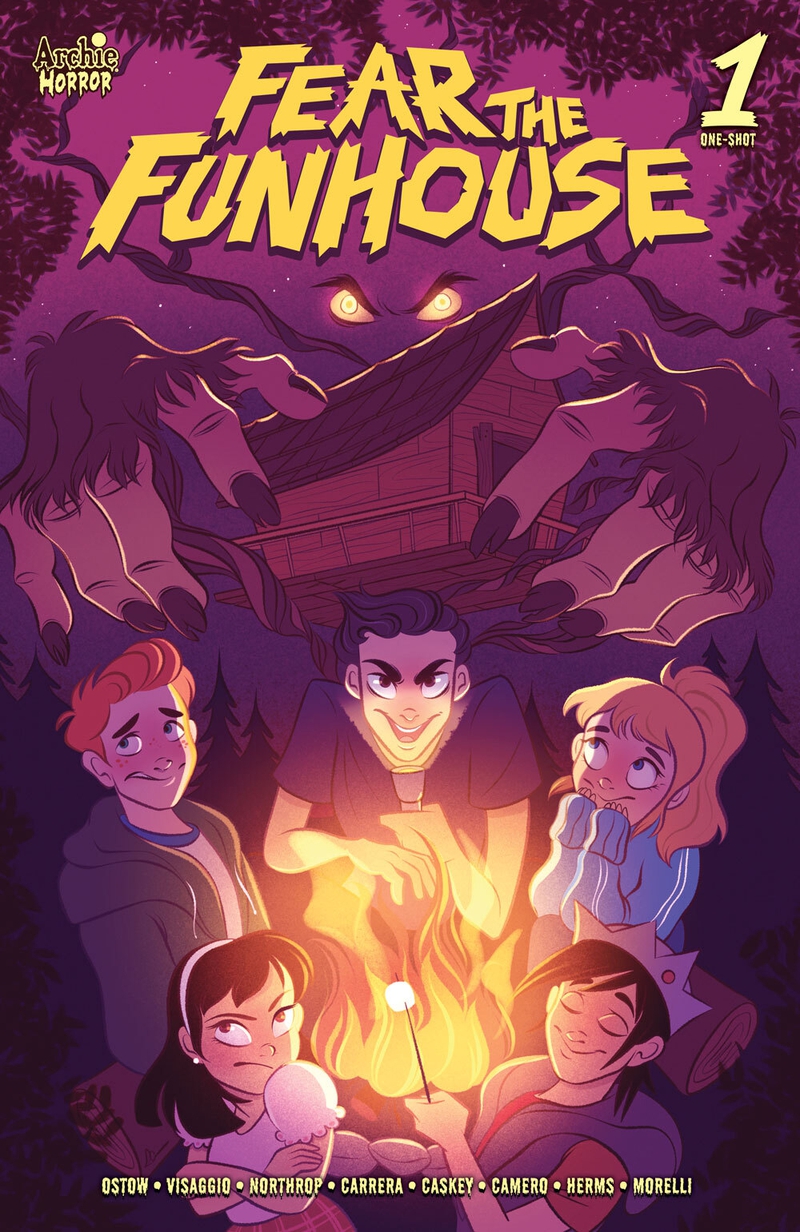 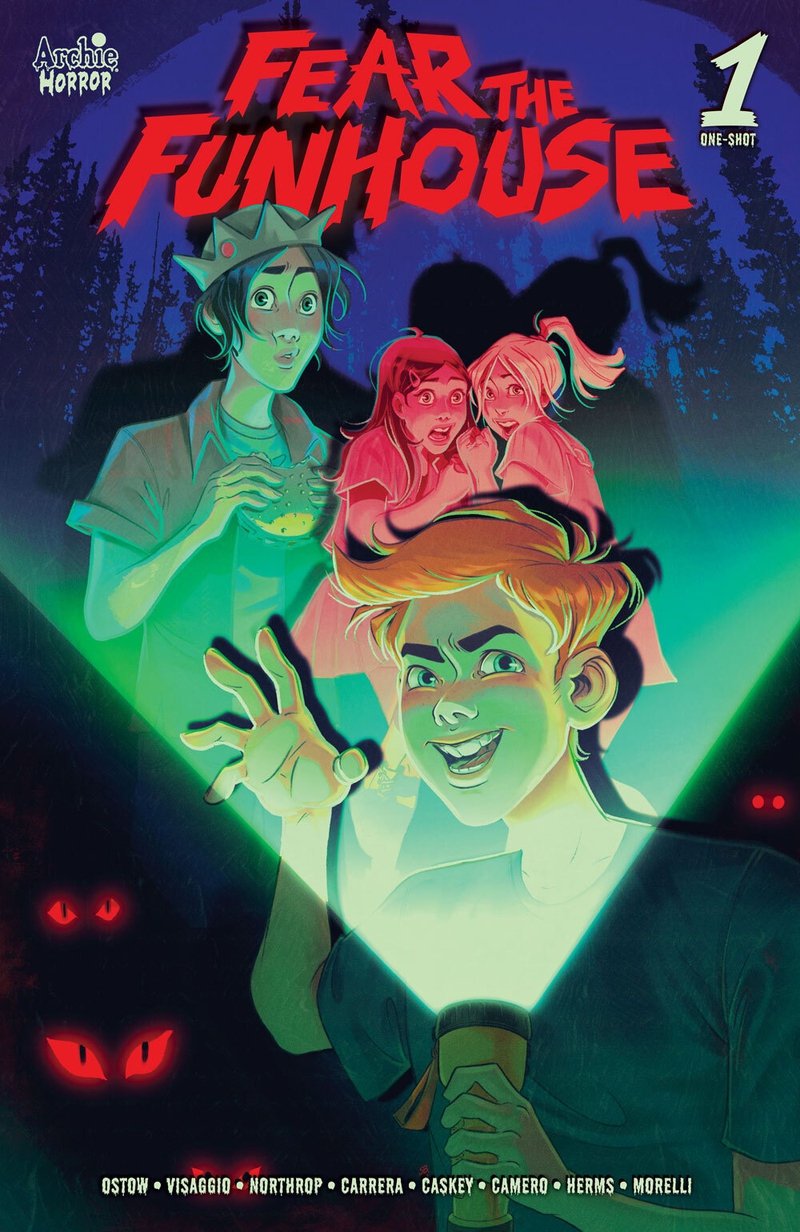 And lastly comes Fear the Funhouse, Which the Senior Director said, "brings horror to a younger audience, with spooky campfire tales told by Archie and friends in the spirit of series like Goosebumps and Are You Afraid of the Dark?"

For more details on Archie's 'Month of Mayhem, ' check out the series synopses, cover art, and creative teams below, each of which will be available for pre-order from your local comic book shop. 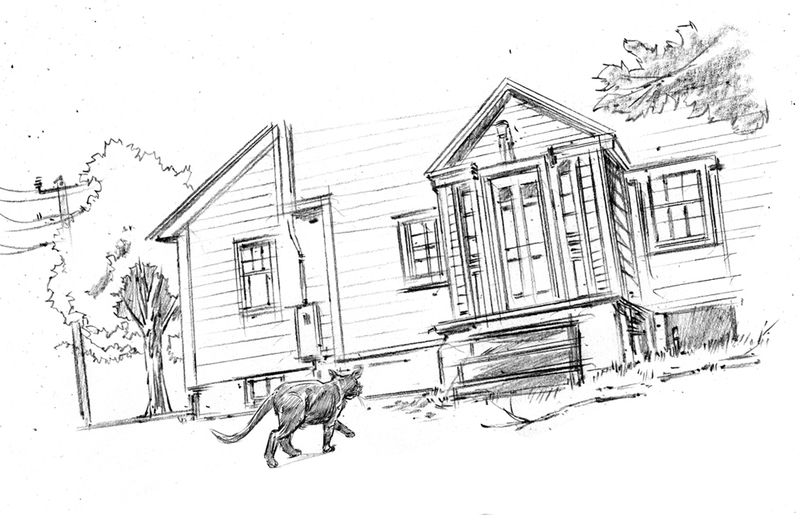 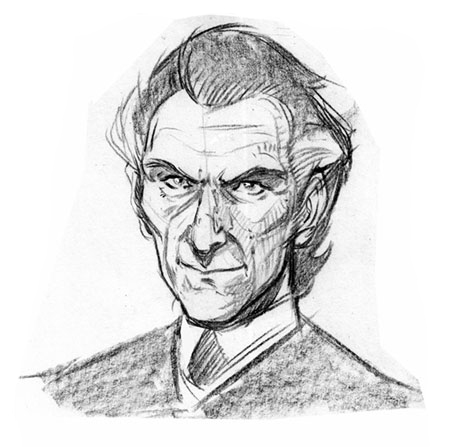 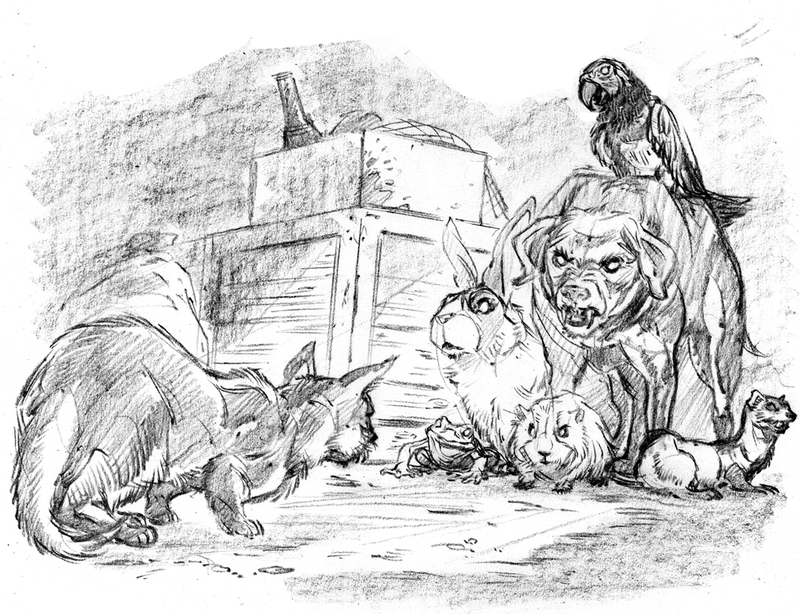 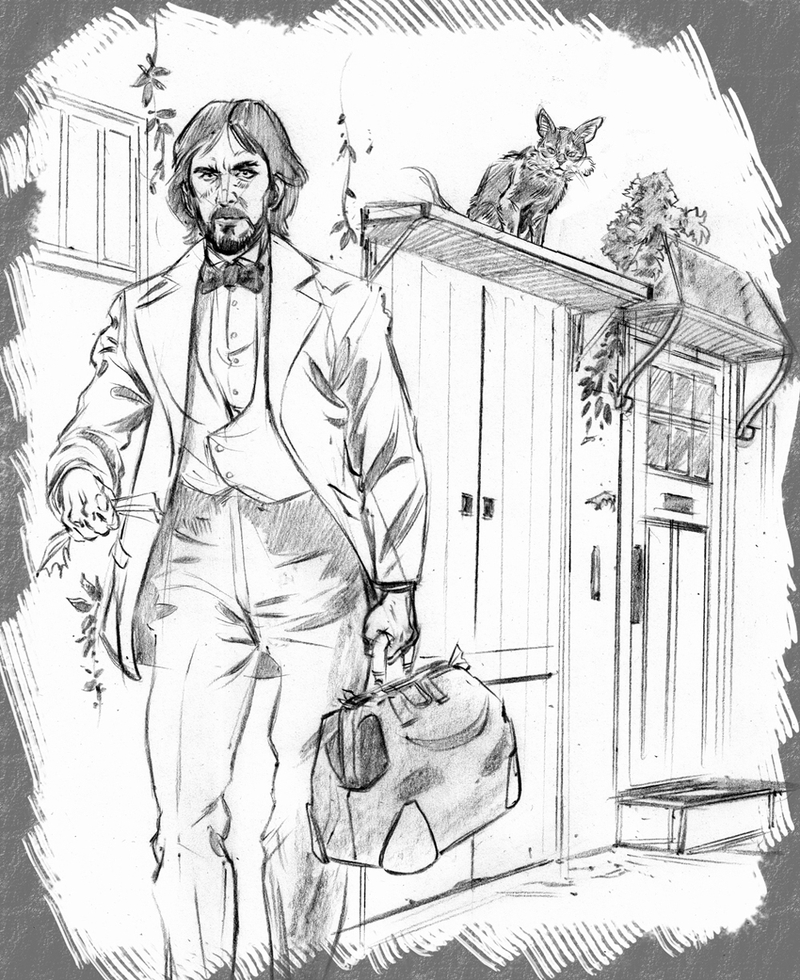 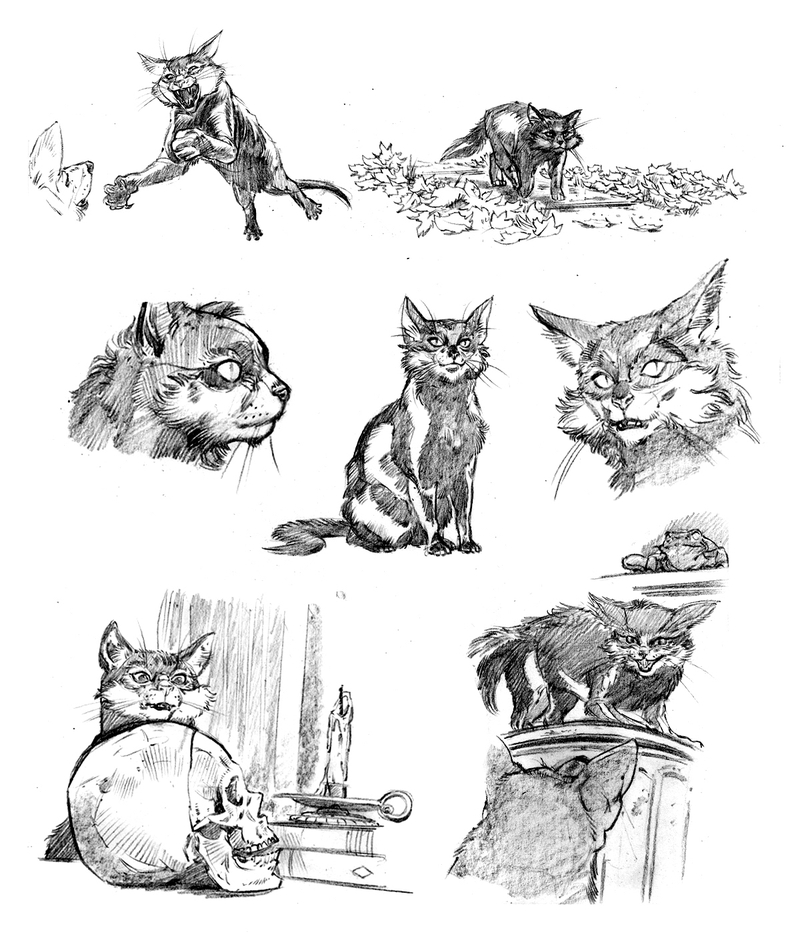 CHILLING ADVENTURES OF SALEM (ONE-SHOT)
Salem the Cat has always been known as Sabrina's familiar, but what happens when Sabrina's not around to protect him (or, as is more the case, when he doesn't have to protect her)? This special one-shot explores a different side of Salem's life, one in which he acts as an anti-hero enacting vigilante justice on those who hurt others like him… animals, in a horror story that's equal parts Pet Sematary and Hereditary.

RETURN OF CHILLING ADVENTURES IN SORCERY (ONE-SHOT)
Madam Satan escaped Hell a fugitive and hated woman by Satan and his thralls. She's now principal of Baxter high and Hell has come to Earth. With each classroom acting as a portal to the different circles in Hell, Madam Satan must recruit similar tortured souls if she has any chance of survival… all leading up to a Madam Satan and her army vs. Satan and his in this highly-anticipated follow-up to last year's hit Chilling Adventures in Sorcery!

FEAR THE FUNHOUSE (ONE-SHOT)
A night camping at the treehouse in the woods leads the pre-teen Archie and his friends to do what any kid their age would do in that scenario: tell scary stories! But each story grows creepier and creepier as the kids realize that maybe, just maybe, there is some truth to these tall tales in an anthology that's equal parts Are You Afraid of the Dark? and Goosebumps.