James Wan has partnered with Christopher Landon for a new take on ARACHNOPHOBIA for Amblin. 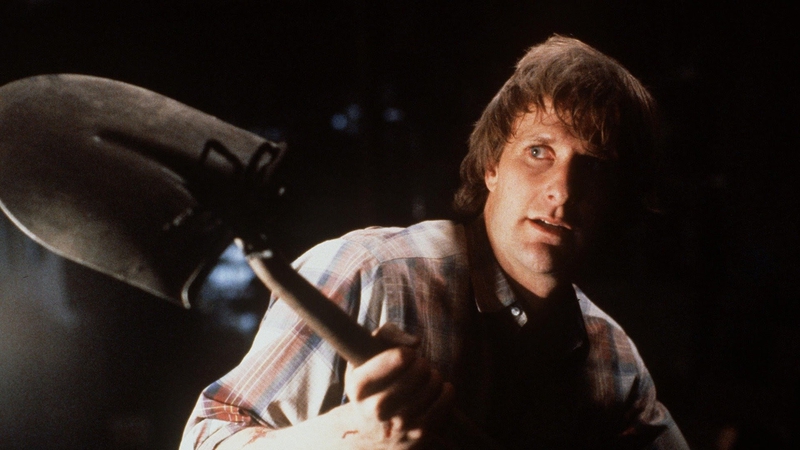 The long-gestating remake of Arachnophobia has suddenly come to very promising life. As per The Hollywood Reporter, Christopher Landon (Freaky, Happy Death Day) has landed the gig as both writer and director of the film, with The Conjuring universe architect James Wan on board to produce through his Atomic Monster production company. The project is set up at Amblin, which was responsible for the original 1990 classic.

Few specific details have been revealed at this time, but this has been percolating for some time, with Wan boarding the project several years back. Frank Marshall, who made his feature directorial debut with the original, is returning to executive produce this new incarnation. Meanwhile, Amblin’s president of production, Jeb Brody, is set to oversee the project on behalf of the studio. Taking to Twitter following the news, Landon had this to say:

“I’m either the most qualified or the absolute worst person for this job since I am DEATHLY AFRAID OF SPIDERS. So Excited to work with Amblin and James Wan.”

Christopher Landon Writing-Directing ‘Arachnophobia’ Remake for Amblin – The Hollywood Reporter I’m either the most qualified or the absolute worst person for this job since I am DEATHLY AFRAID OF SPIDERS. So Excited to work with Amblin and James Wan. https://t.co/0pvQtxvoja

The original film centers on a small, unsuspecting town that is overrun by a species of very deadly arachnid, with Jeff Daniels leading the cast, not to mention an incredibly memorable performance from John Goodman. There is no word yet on who is being eyed to star this time or around or how far along Landon is in the process. The filmmaker did, however, reveal some concept posters to go along with the news.

Since the cat (or spider in this case) is officially out of the bag, here’s some cool concept movie poster art from the always-amazing @creepyduckart pic.twitter.com/VvnP2Rojig

Landon has been a prominent voice in horror over the last decade and change, having penned not one but four of the Paranormal Activity movies, including last year’s Paranormal Activity: Next of Kin. He helmed 2014’s installment of the franchise, The Marked Ones. As a director, he is best known as the guy behind the time-looping horror-comedy Happy Death Day films, having directed the original and 2019’s sequel, Happy Death Day 2U. Unfortunately, a third installment has yet to materialize. Landon also directed 2020’s body-swapping Freaky, which stars Vince Vaughn and Kathryn Newton. He is currently in post-production on his latest effort, We Have a Ghost.

Needless to say, Landon has been busy, but he also seems qualified for the job. Remakes can be tricky business but in the right hands, they can be some of the best the genre world has to offer. After all, let us never forget that John Carpenter’s The Thing was a remake. That is but one example, and there are many. At the very least, some talented people are on board to make this one happen.

The Arachnophobia remake does not yet have a release date.