All Is Well: Life And Death In BUBBA HO-TEP

20 years later, this heartfelt horror gem is still the King. 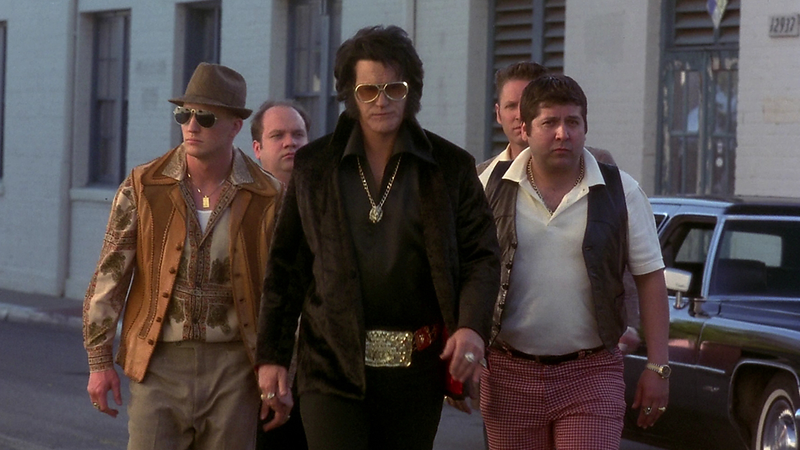 My heartbeat terrifies me.

I'm not sure when this fear first revealed itself, but believe me when I say it complicates things. Take sleeping, for instance. Many nights, as I attempt to grab some z's, I hear in the silence of my room the sound of that mass of muscle pumping away in my chest. And as that rhythm raps on and on, one thought will inevitably leap into my mind, ripping me from the edge of slumber: "Someday, it's going to stop."

These bursts of existential dread don't confine themselves to my evenings either. No, sir. It doesn't matter whether it's a moment that feels heartfelt (playing with my son, sharing a laugh with my wife) or trivial (waiting in line at the bank, working out at the gym). They seem to erupt indiscriminately and without warning. It's like my brain has been programmed to snap me to attention whenever I get too comfortable and remind me that my days are numbered (as if I could forget).

Don Coscarelli's Bubba Ho-tep is a film about learning to embrace life while the realities of your own mortality lurk around every corner. Adapted from the fantastic Joe R. Lansdale short story of the same name, it's that rare breed of horror movie that can make you laugh and cry in equal measure. It tells a tale that's brimming with heart and has the potential to maybe, just maybe, make a person look at things a little differently. Not bad for a flick featuring an elderly Elvis Presley as its hero and a mummy who sucks souls out of people's butts. 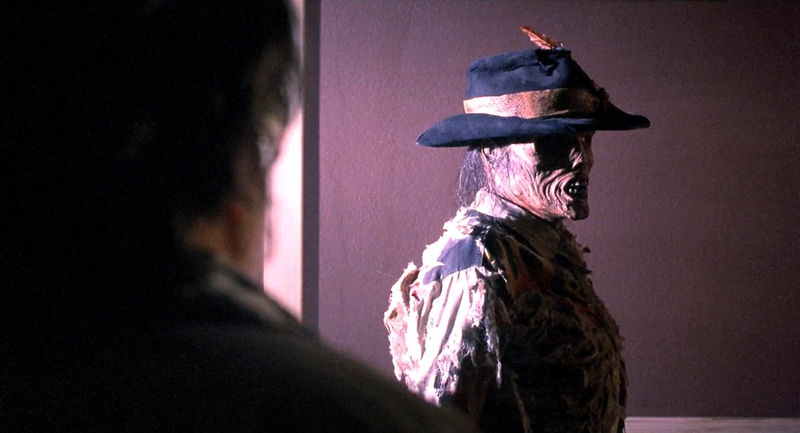 When we first meet Mr. Presley (Bruce Campbell), he's in pretty rough shape. Once a symbol of youthful rebellion and sexuality, he's now barely able to walk and sports a cancerous growth on his pecker. As if his once famous pelvis betraying him isn't bad enough, nobody at the East Texas rest home he now resides in believes that he was once the King of Rock & Roll (you know, because he's supposed to be dead and all). So, stripped of his name and privilege, his days are spent wrestling with regret and wondering where it all went wrong.

Then one night, everything changes. Presley is attacked by a giant scarab beetle, and after doing battle with the bloodthirsty bugger he discovers that an evil mummy has been sneaking in at night and feasting on the essences of his fellow senior citizens. He also learns that he's not alone in this knowledge. His acquaintance Jack (Ossie Davis), who swears he's former president John F. Kennedy, is well aware of the evil stalking their halls at night. Soon the two join forces and attempt to end this undead nightmare before it turns their retirement home into a soul buffet.

I've gotten some strange looks in the past when I've used words like "profound" and "poignant" to describe Bubba Ho-tep to the uninitiated. The funny thing is, those same folks always tend to agree with me after they finally sit down to watch it. Part of that is due to the way the film is executed. Bruce Campbell's performance as Presley is one of the best of his career. He's effortlessly funny yet quietly sad in an unexpectedly effective way. The same goes for Ossie Davis's J.F.K., who has some of the film's best gag lines ("I'm thinking with sand here!") and most touching moments (the look he gives Presley as the singer shows off a picture of his daughter hits like a punch to the gut). Together the two have a tremendous amount of chemistry, and their blossoming bromance is the film's heartbeat. 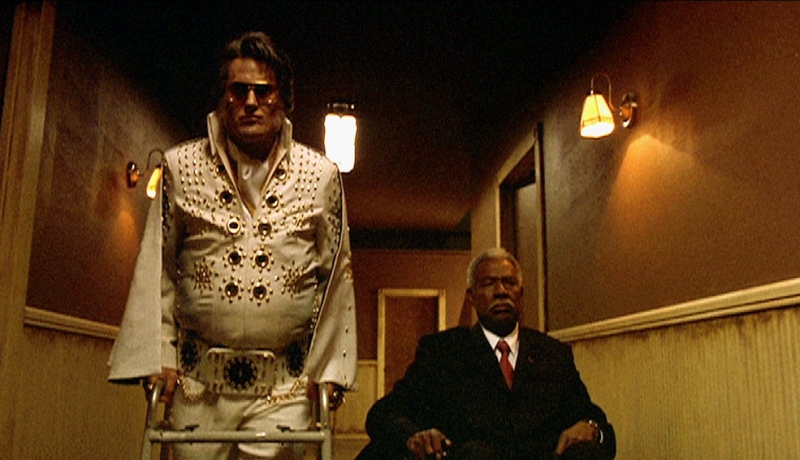 Coupled with this is the always deft direction of Don Coscarelli. From the beginning, it's obvious that he understands what makes Lansdale's original story such a joy to read, and he does an excellent job of capturing its oddball charm and translating it to the big screen. What's more, Bubba might not have seen the light of day if it wasn't for Coscarelli taking a huge risk and distributing the movie himself, a saga he recounts in the pages of his fantastic memoir True Indie. Independent filmmaking is often a gamble, but in this case, he really put it all on the line for his art.

But it's more than those elements that make Bubba Ho-tep so memorable. Underneath its admittedly silly premise and odd sense of humor is a universal humanity. We all know what it's like to be lonely; to have regrets about the choices we've made in life; to fear the moment when we'll draw our last breath and move on to whatever's next.

These are the things Elvis is struggling with, and as the film unfolds, he's able to shed them one by one. In Jack, he finds a friend and fellow weirdo. Through their bond, he remembers what it's like to have fun again and rejoins the world in the process. This leads to him slowly regaining his confidence, and that newfound mojo helps Presley come to terms with his past and let go of the guilt he's held onto for so long. In these instances of connection and clarity, Elvis does more living than he probably has in years. And strangely, they also prepare him for his final moments on Earth. 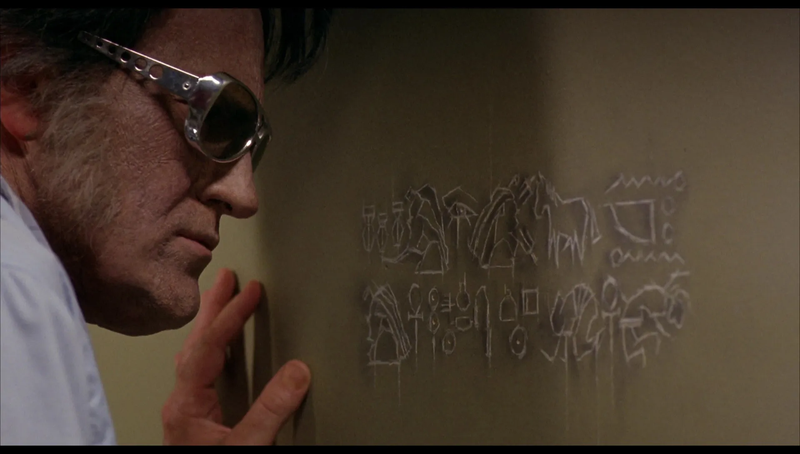 I think a lot about the last few minutes of Bubba Ho-tep. I'm convinced it's one of the best endings in genre filmmaking, and it always makes me cry. Every damn time.

Having vanquished the mummy, the King lays bleeding out in a patch of overgrown grass. He's happy, knowing that he's saved the souls of his retirement home brethren, but he's also visibly terrified. After finally remembering what it feels like to be alive, Presley has been left to face his death all alone.

As he stares up into the vast night sky, some force of nature moves the stars above him to form three shimmering hieroglyphics, which translate to one simple message: "All is well." A sly grin spreads across his face. "Thank you. Thank you very much," he says to the cosmos before he drifts away into oblivion.

I've watched Bubba with enough people now to know that something very personal happens to them when its ending plays out. For those who believe in a higher power, what Elvis sees in his final seconds of consciousness is a celestial embrace sent out by the universe to let him know that he's not alone. And for folks whose faith is in the finite, it's a comforting wave of euphoria washing over Presley as the synapses in his brain begin to fizzle out. One last eruption of fireworks before it all fades to black.

Both takes are beautiful in their own way. I've fallen on either side of the fence at different points over the years but regardless of what I'm subscribing to at the time, "all is well" has become a sort of mantra of mine. On the nights when my heartbeat fills my ears, and that familiar fear begins to bubble up, I focus on those words and am reminded of two truths: dwelling on the end won't stop it from coming, and we might as well enjoy our time here while we have it. Life is filled with so much to be excited for, whether its unexpected friendships or impromptu adventures, and it's up to us to wring out as much from it as we can.