While nothing is remotely set in stone, James Wan reveals that he has the larger world of MALIGNANT mapped out. 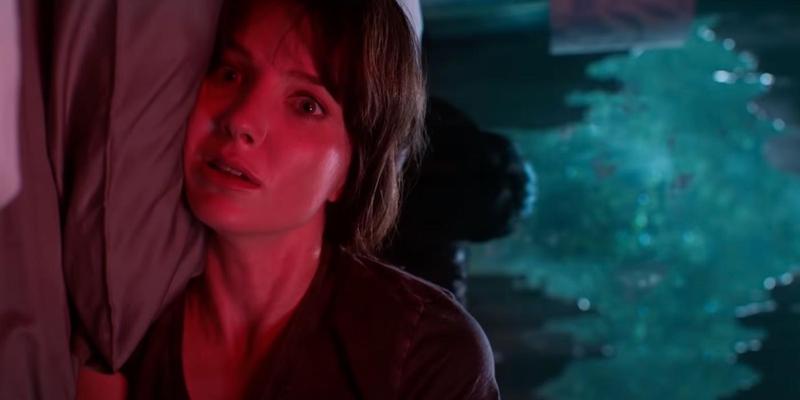 James Wan returned to the world of horror last year for the first time since The Conjuring 2 with the absolutely wild Malignant. The movie was not as outright successful as some of his previous efforts, such as Saw or Insidious, but it sure seemed to find its audience, and those who loved what Wan was selling here truly loved it. It even won Best Wide-Release movie at this year's Chainsaw Awards. So, what about a sequel? Wan has some words of encouragement for those holding out hope.

Wan recently spoke with Comicbook.com and when the subject of a Malignant sequel came up, he explained that he was kind of keeping one in mind when he made the first film. Sort of. The filmmaker explained that part of his philosophy in making any movie is building out the larger world, which opens up the potential for more stories down the road, should the audience wish to see them.

"That's pretty much what I do from the very start, and not so much thinking that, 'Oh, there'll be a sequel for this,' but I try to, with all my films, I try to have an idea of what the bigger world would look like, the umbrella universe, if you will. That way, when I make this particular film, I know what is happening at every moment of the film, at every moment of the storytelling, if you will. Because I know the bigger world that the story takes place in, there are potentially other stories to tell, and that usually is dictated by what the audience wants. If they want more stories, then I have more stories to pull into it. That's my approach, even all the way back to my first film with Saw, I do know the bigger world, like [writer] Leigh [Whannell] and I knew the bigger world, and if we were fortunate enough to tell other stories, we have stories ready to tell."

That could be interpreted as dancing around the point, but it does at the very least mean that a sequel is not off the table entirely. To that end, star Annabelle Wallis spoke with Screen Rant last year and said, "There's plenty of ideas swirling around. We were very, very flattered by the reception and I think taken aback by the reception. So yeah, there's lots of conversations happening," regarding another cinematic ride with Malignant's Gabriel.

Now, let's set some expectations here. For one, Warner Bros. has not weighed in on this officially, and for what it's worth, it did not appear that the film performed all that well commercially. Malignant made just shy of $34 million at the box office against a reported $40 million budget. Granted, the movie was released on HBO Max the same day that it hit theaters, and it may well have brought in a large audience on streaming. Even so, this wasn't an outright commercial hit by typical standards, and that could make a follow-up complicated. Not to mention that Wan is a very busy guy who is currently finishing next year's Aquaman and the Lost Kingdom. But hey, stranger things have happened. Fingers crossed for Malignant 2: Gabriel's Boogaloo, you know we'd love to see it.