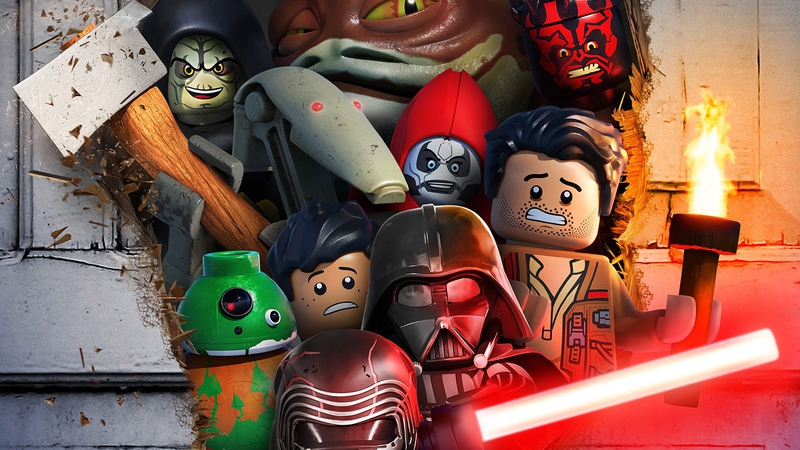 It's spooky season, and Disney+ dropped their new animated LEGO Star Wars Halloween special. After the winter holiday special, this new Halloween special is spooky and chock full of horror movie Easter eggs. It clocks in at a nice 44 minutes, and fans of Star Wars and horror will have a fun romp watching it.

Everything below is spoilers, so if you plan to watch it, you should do so before reading so you can be surprised by the references.

Ok, you've been warned. Now on to the Easter eggs.

Now, this could be a coincidence, but I would like to think this line references John Hammond in Jurassic Park, always mentioning "spared no expense" when talking about the park he built. 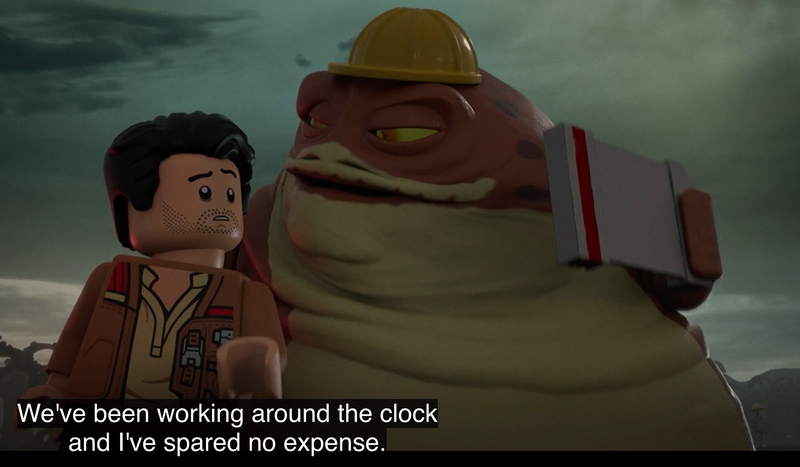 There are multiple The Lost Boys references in The Lost Boy, the first story told in Terrifying Tales. 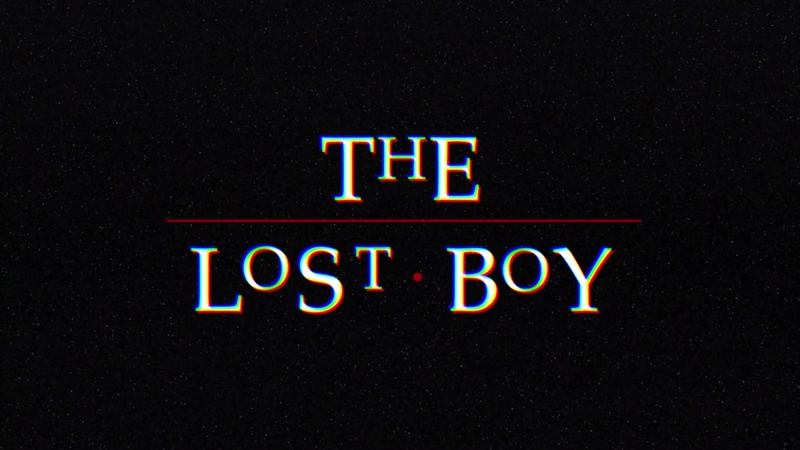 In this segment, we are quickly introduced to Ren (voiced by Christian Slater), the leader of The Knights of Ren, an obvious reference to David, leader of the Santa Carla vampires. He even says some lines that are very close to those in The Lost Boys. 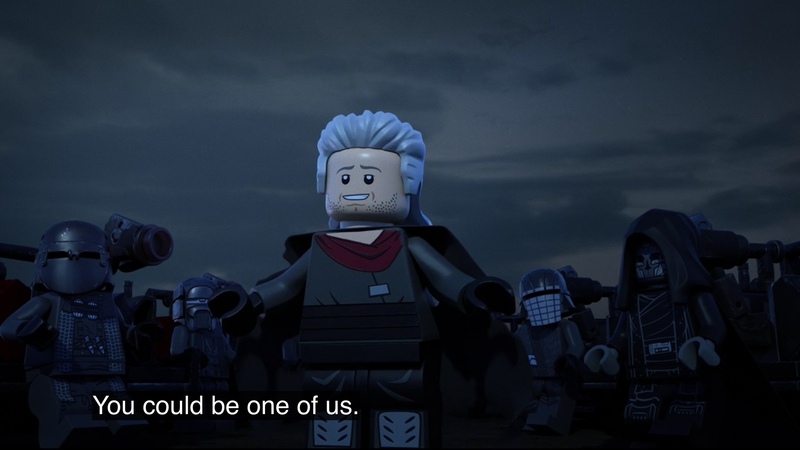 The Lost Boys motorcycle chase scene is recreated for a montage but now with speeder bikes. It even includes a spin on the song Lost in the Shadows by Lou Gramm. 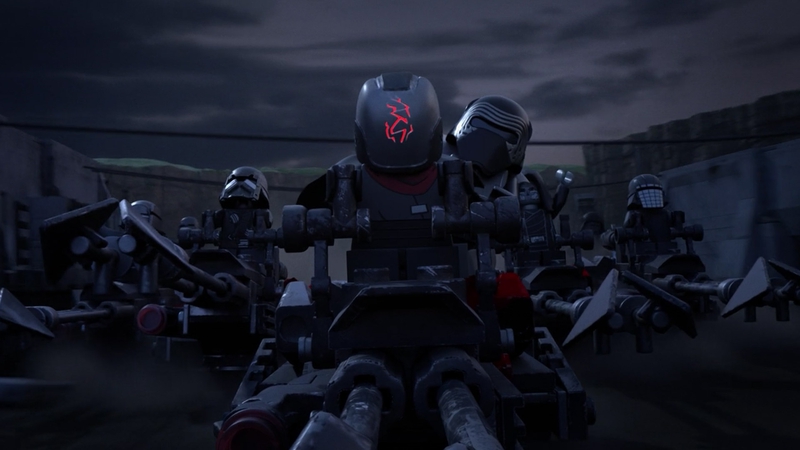 In this same montage, we also get a recreation of the bridge scene. 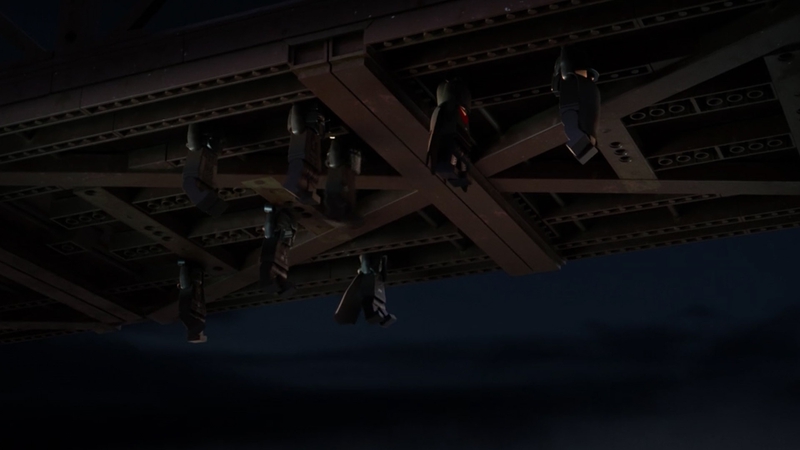 The last The Lost Boys reference is the shirtless Sax Bith, obviously a nod to Tim Capello. 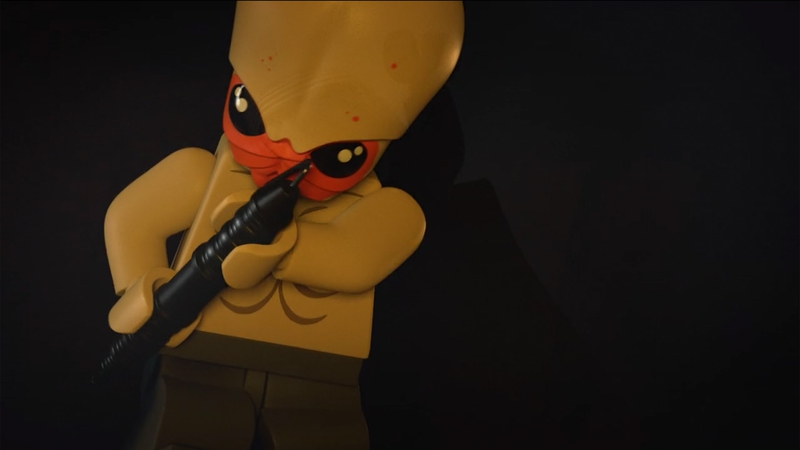 3: A Nightmare on Elm Street

In the same segment, The Lost Boy, there is a nod to A Nightmare on Elm Street when Ben Solo starts dreaming. 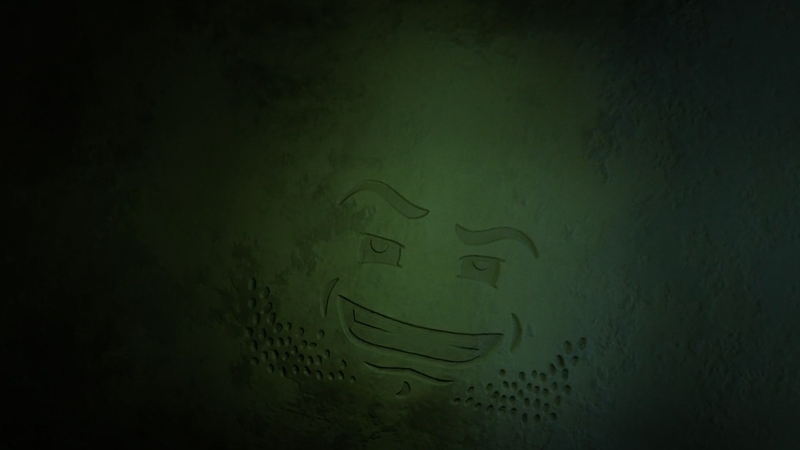 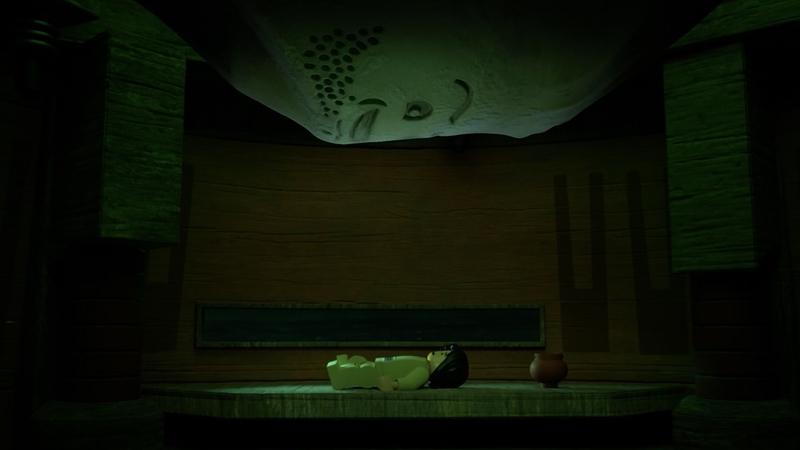 When The Knights of Ren come rolling in, a droid says the line "Be afraid! Be very afraid!", an iconic line spoken by Geena Davis in David Cronenberg's The Fly. 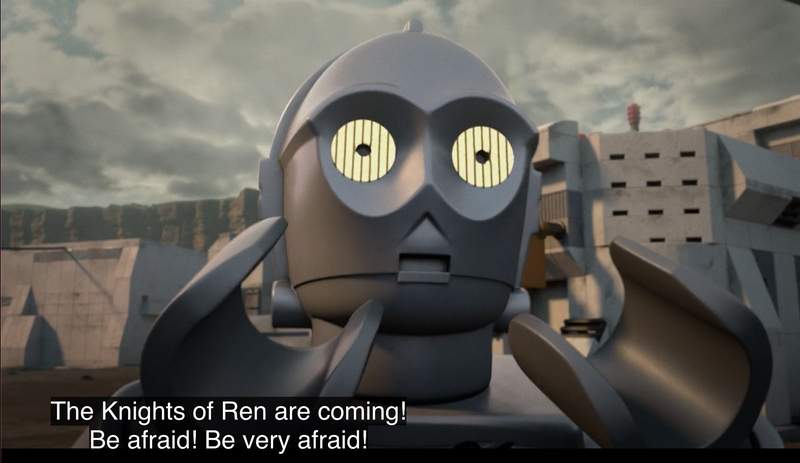 When the characters are wandering around Vader's castle, they encounter a shadow that is very reminiscent of the iconic shadow in F.W. Murnau's Nosferatu. 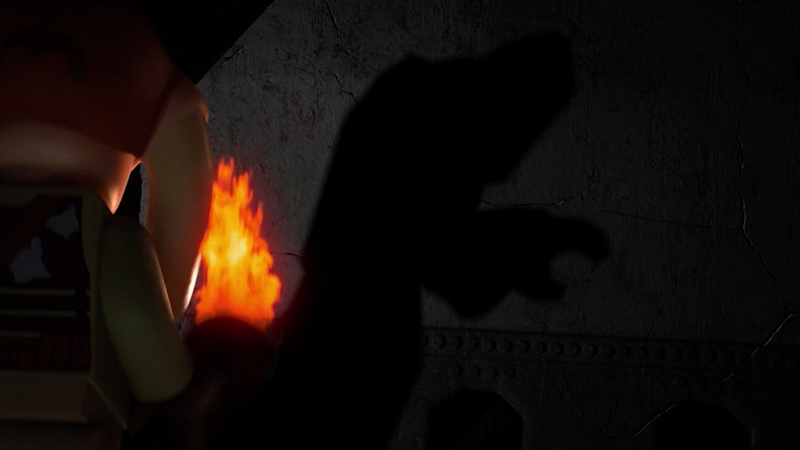 LEGO Star Wars has the latest adaptation of the classic short story by W. W. Jacobs, The Monkey's Paw. And to double down on the reference, it was introduced in the style of The Twilight Zone, which also had its take on the story (The Man in the Bottle). In this tale, the monkey's paw is replaced with a Wookiee's paw. 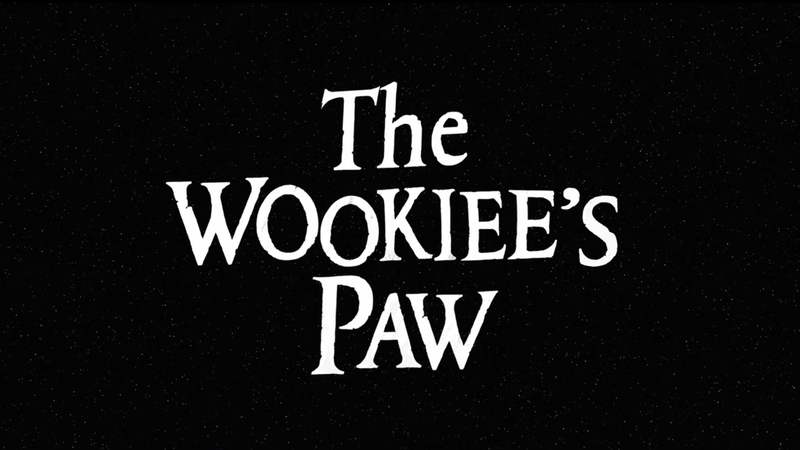 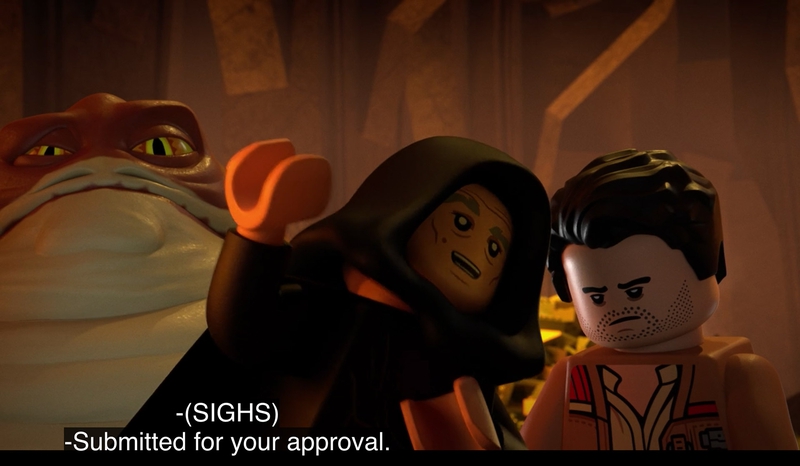 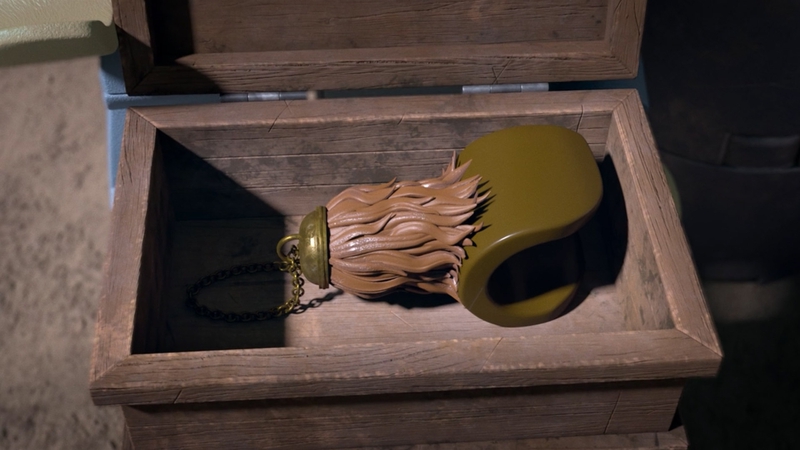 I'm not sure if this is a direct reference to a specific zombie movie, but the special blesses us with zombie battle droids. They talk, and so do the zombies in The Return of the Living Dead. 🤷 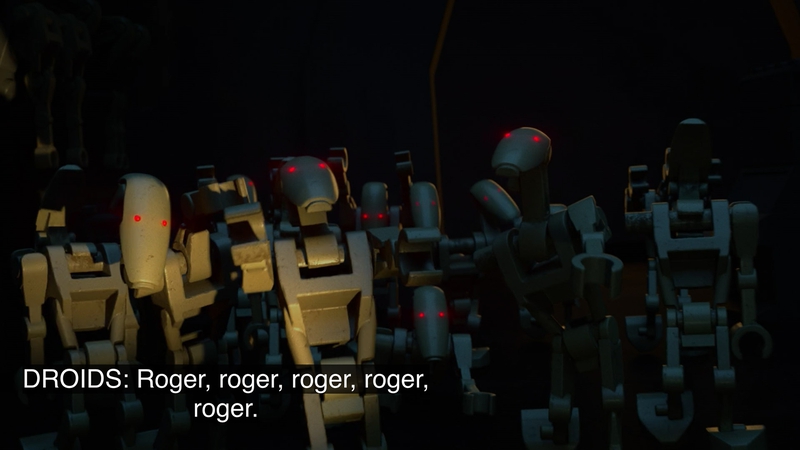 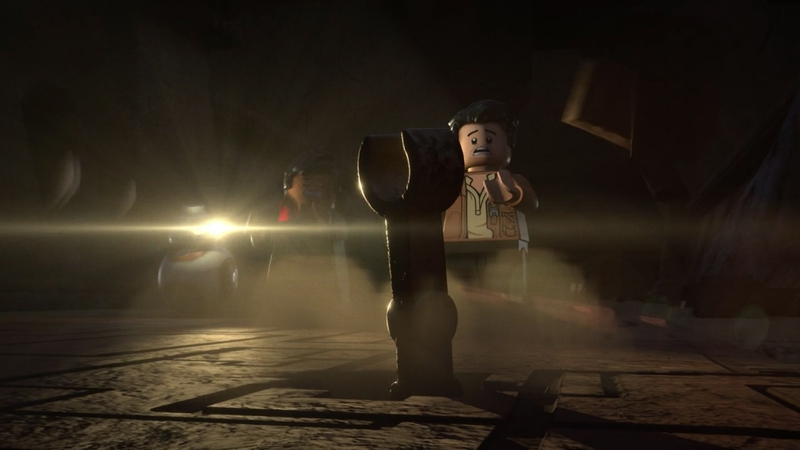 One zombie droid bursts through a door to get to Graballa the Hutt (voiced by Dana Snyder) with an ax a la Stanley Kubrick's The Shining. 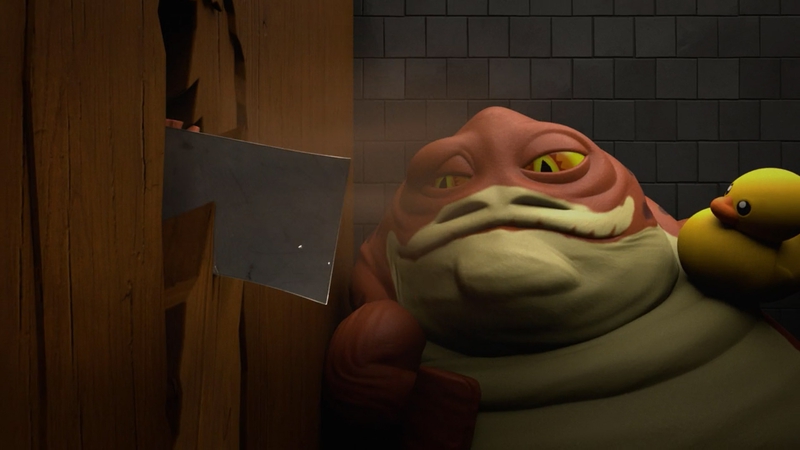 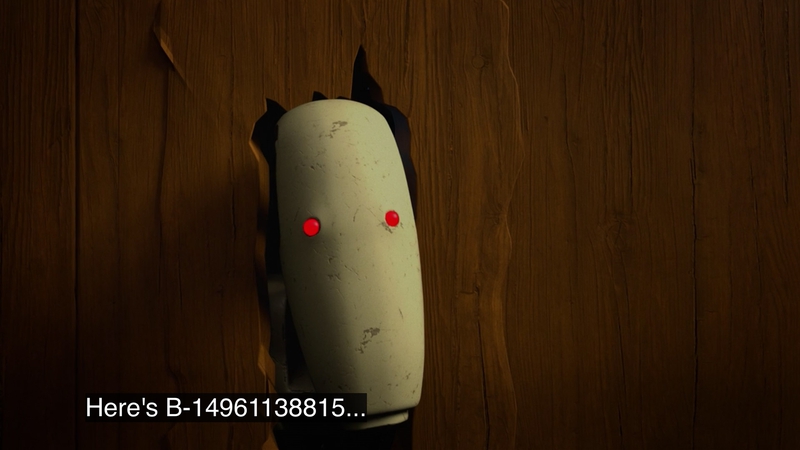 Yes, yes, I know. The Lord of the Rings: The Return of the King is not horror, but it is directed by Peter Jackson and was featured in FANGORIA #229. As Vaneé (voiced by Tony Hale) falls to his peril into lava and clutches the Holocron, it is an obvious nod to Gollum falling into the lava of Mount Doom. 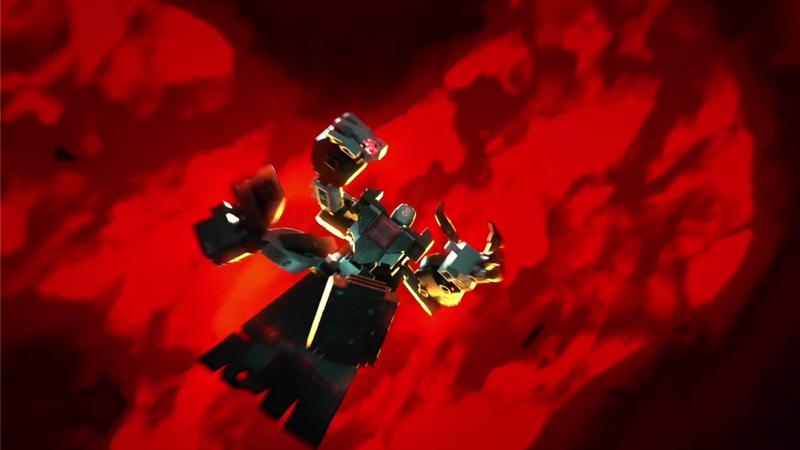 Those are all the direct movie references noticed on the first watch. I'm sure there are more, and I'm sure someone on social media will let us know. Hell, there's a scene with General Grievous fighting a bunch of werewolves, which is very rad. 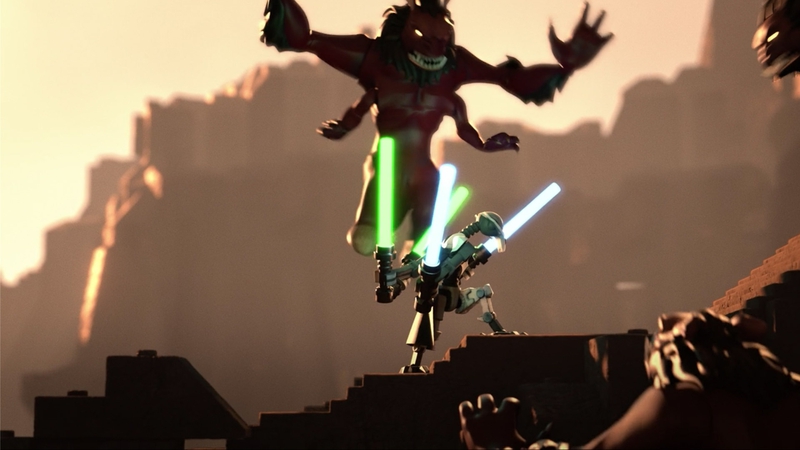