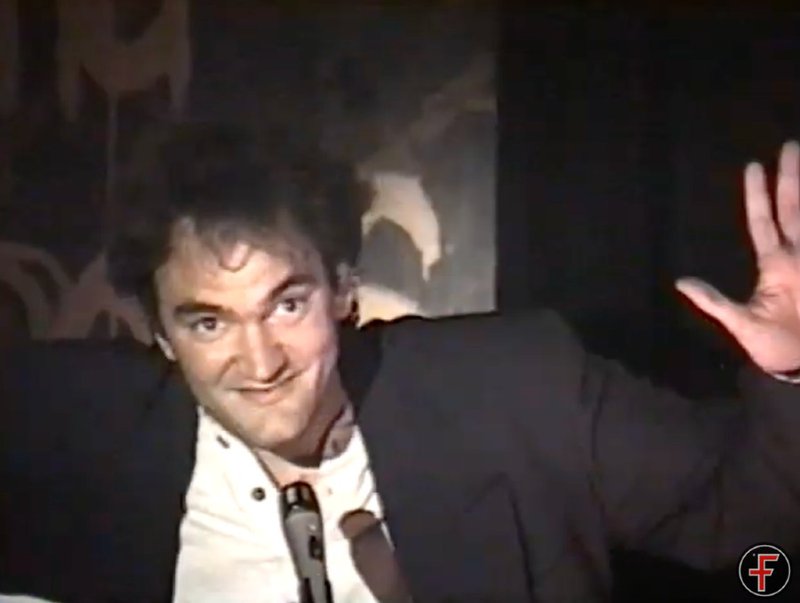 In 1992 it was The Silence of the Lambs; in 1993, Bram Stoker’s Dracula was the studio horror feature with a major director and actors that swept the FANGORIA Chainsaw Awards, held May 1, ’93 at the Los Angeles Weekend of Horrors convention. And once again, the winners didn’t grace the stage, though there was certainly more than enough entertainment and a couple of surprises during the show. We also had, for the first time, key FANGORIA scribe and future Sharknado director Anthony C. Ferrante adding eye-catching graphics to the movie clips shown during the presentation. Once again, Bruce Campbell served as host, and warmed the audience up by polling them about the past year’s fright releases and dropping a few David Koresh jokes (look him up, kids!).

Campbell also engaged in a bit of impromptu humor with Fango favorite Angus Scrimm, when the latter stepped up to present the Best Actor award.

In addition to Gary Oldman, Bram Stoker’s Dracula won Best Studio/Wide-Release Film, Best Screenplay (James V. Hart), Best Supporting Actor (Anthony Hopkins), Best Soundtrack (Wojciech Kilar) and Best Makeup FX (Greg Cannom). Other absent winners included Virginia Madsen, Best Actress for Candyman (accepted by director Bernard Rose) and Alice Krige, Best Supporting Actress for Sleepwalkers (accepted by director Mick Garris). Hopkins and Linnea Quigley were the night’s inductees into the FANGORIA Hall of Fame, with the latter on hand to express her gratitude with a trademark scream. Another winner who attended was Dan O’Bannon, who took Best Independent/Direct-to-Video Film for The Resurrected. There was a bit of consternation involving that category when the original presenter (whose identity escapes me today) didn’t show up, but I was able to recruit none other than Quentin Tarantino – who was just at the convention as a fan, checking out the dealer’s room – to step in!