A slasher sulks among the sunflowers! 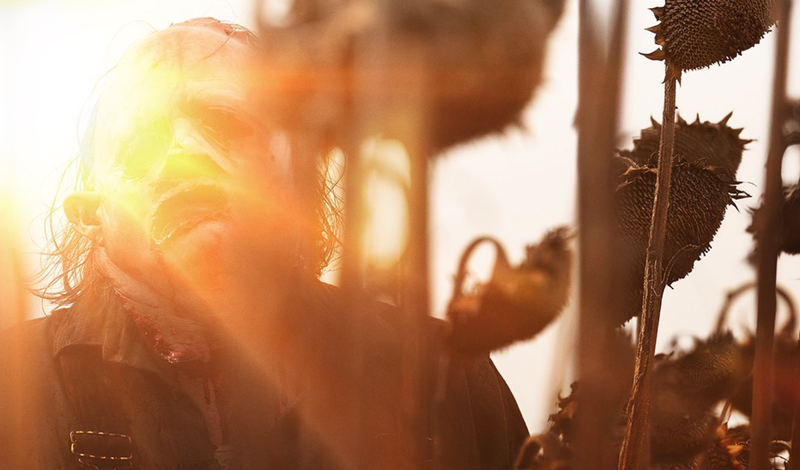 For those of us waiting for the new Texas Chainsaw Massacre, it’s been a banner week. After lots and lots of silence about the new film (not unusual for a Netflix premiere), yesterday we got news about John Larroquette’s dulcet tones returning to provide the foreboding narration, and today we’ve got a poster featuring the shy, retiring (and possibly now actually retired) Leatherface, taking in the day whilst in a field of sunflowers. Take a look. 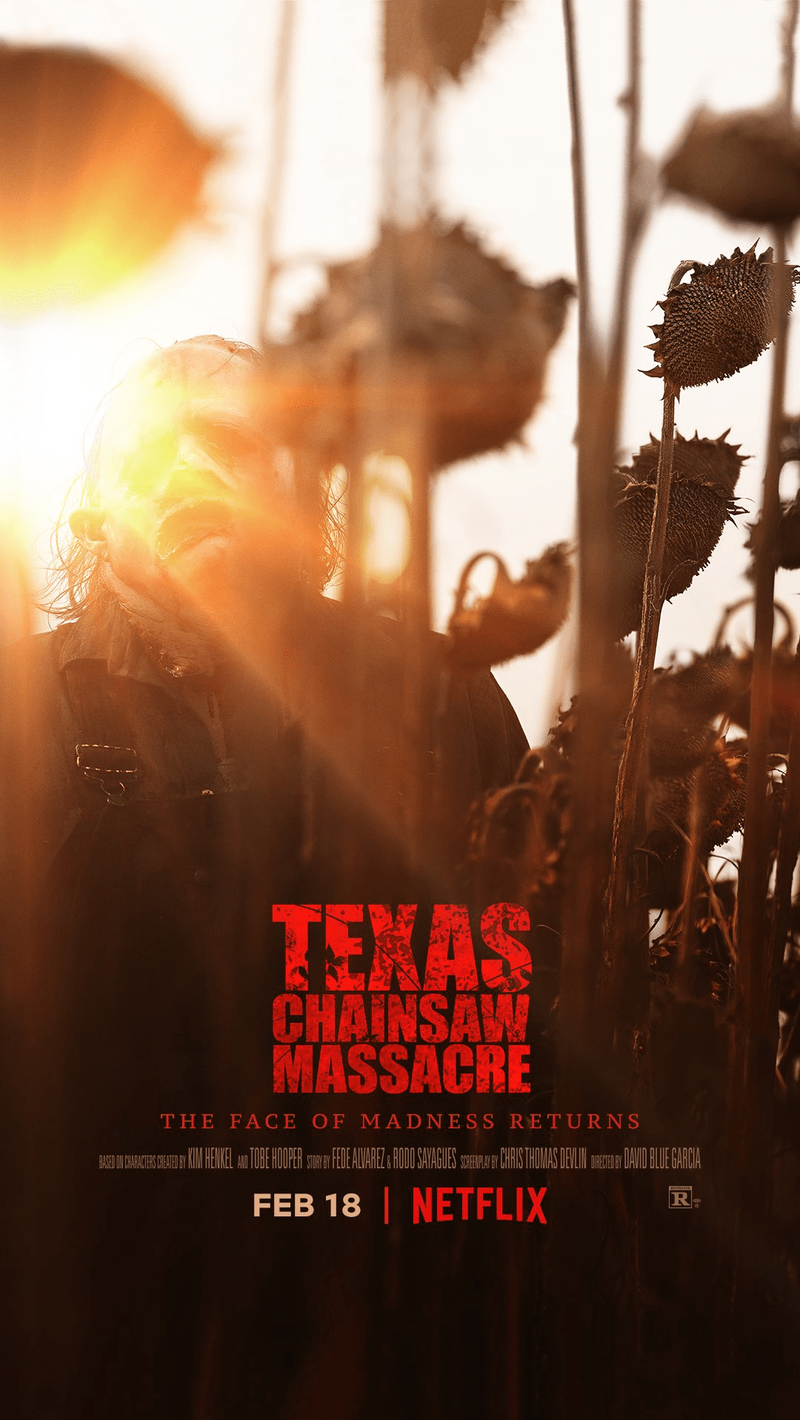 Opinions are flying about this look at Leatherface’s latest visage on this, his ninth outing. My thoughts: the downturned mouth has a definite Texas Chainsaw Massacre Part 2 vibe which I don’t hate. It’s also veering away from the 00s, nu-metal “tetanus” vibe that marred the last couple outings, which is good. But this approach seems to make the recurring mistake of thinking Leatherface would just put on an entire whole face, still bleeding after removal from its original owner. Unless he’s courting Caroline Williams in an underground amusement park, I just don’t think my boy would do that. The mask should be folk art - stitches, modifications, accoutrements - and proper tanning! It’s Leatherface, not Freshly-peeled-skinface! But I digress.

The other cool thing: BROAD DAYLIGHT. As cinematographer Rick Diaz volunteers on Facebook, "this poster is my favorite piece of key art of any Chainsaw since the original... a reminder that Leatherface doesn't just lurk in the dark!" Amen, buddy.

Our pals at Bloody Disgusting say we’re getting another trailer on Monday. Into it; will watch. And I live in hope that my favorite slasher franchise still has some surprises in store, while managing to recapture what makes four or five of these films so special. We all find out when David Blue Garcia's Texas Chainsaw Massacre hits Netflix on February 18th.