Todd Masters and Masters FX bring the gory mayhem to the Romero reboot. 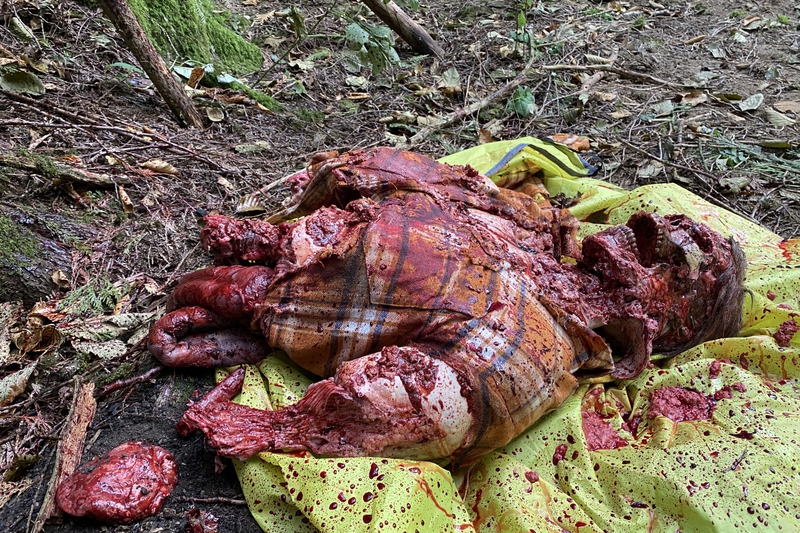 An optimist would call this DAY OF THE DEAD zombie half there.

Todd Masters is an FX legend, with titles such as Slither, Tales from the Crypt and True Blood under his belt. Now he and his team at MastersFX have been tapped to bring the undead to life in SyFy’s Day of the Dead, and we’ve got a peek. 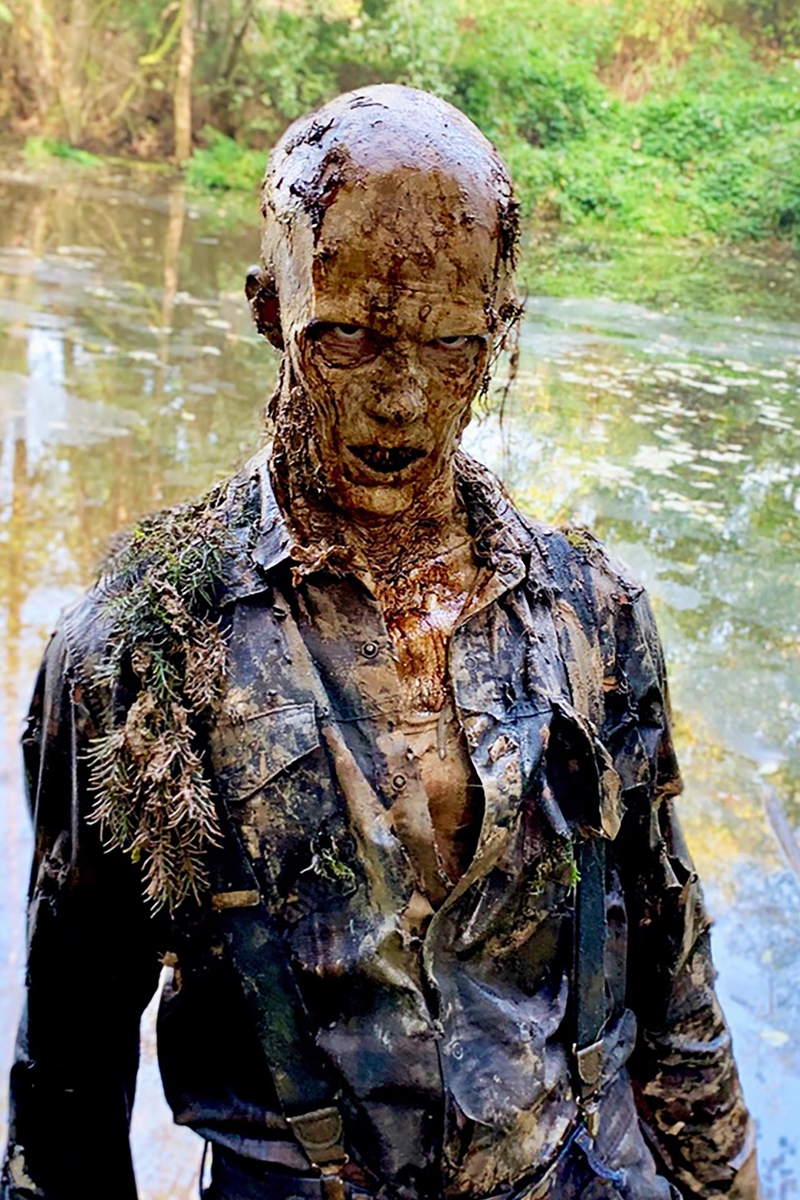 What’s perhaps unprecedented about the zombie mayhem created by MastersFX is that it was executed in the thick of Covid. Masters says, “We started meeting and designing our makeup FX work for this project while we were still under Covid and government lockdown… (during production) we ended up devising several new techniques, like making monster dentures digitally, and, in some cases, integrating touchless scanning as opposed to face casting, to make actors’ head and facial impressions.” 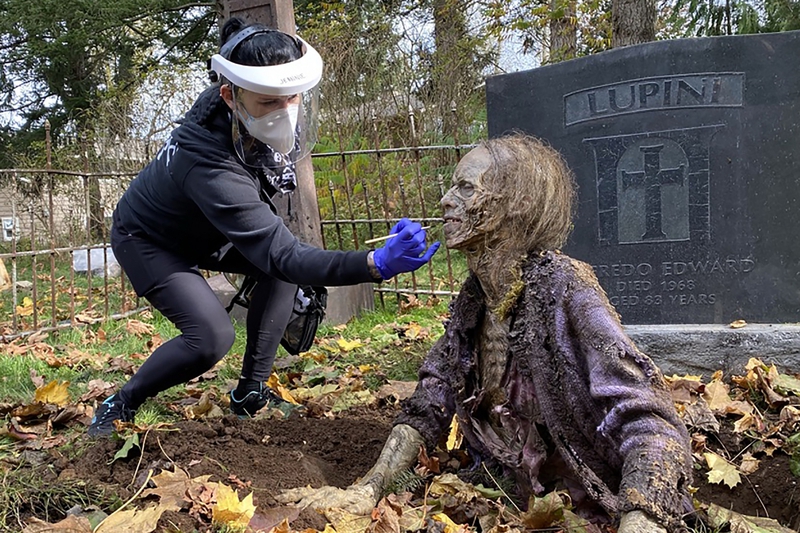 The task was massive. “There were numerous zombie prosthetics, rotten teeth, decayed torsos, hands and arms, along with dozens of FX, like hatches into heads, bullet wounds, cuts, gashes, etc. We also had armies of background zombies wearing slip-on masks, as well,” says Masters, who was reunited on the project with fellow makeup FX artist Steve Kostanski (The Void, Psycho Goreman), was there to direct four episodes of the series. “Steve was the perfect ingredient for Day of the Dead - of course, for his experienced eye with the FX stuff, but also his ability to get great stuff in the can, quickly,” Masters says. “We were shooting everywhere and everything, to fill the screen with satisfying zombie gore. 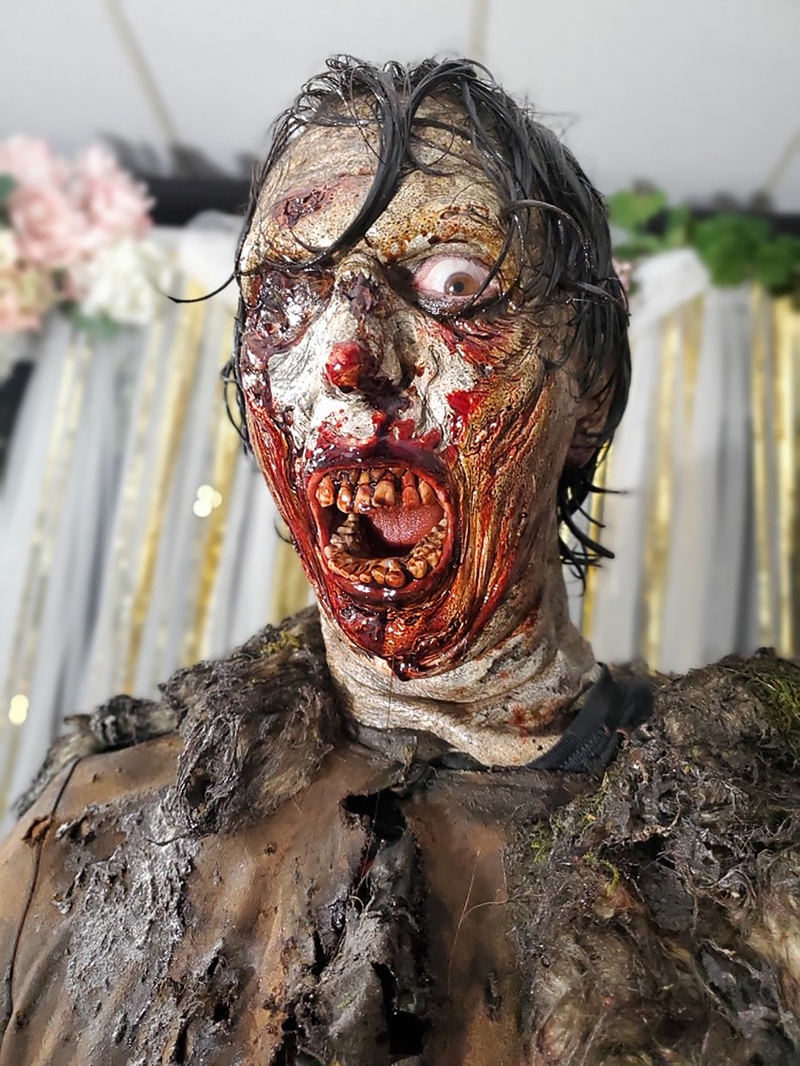 Day of the Dead showrunner Jed Elinoff sings Masters’ praises. "Todd and his team worked miracles during a very tricky time to shoot. We asked for the world and the team at MastersFX gave it to us and then some. The kills, the gore and the all-out splatter in this show are nothing short of incredible. Todd and his team did Romero proud.” 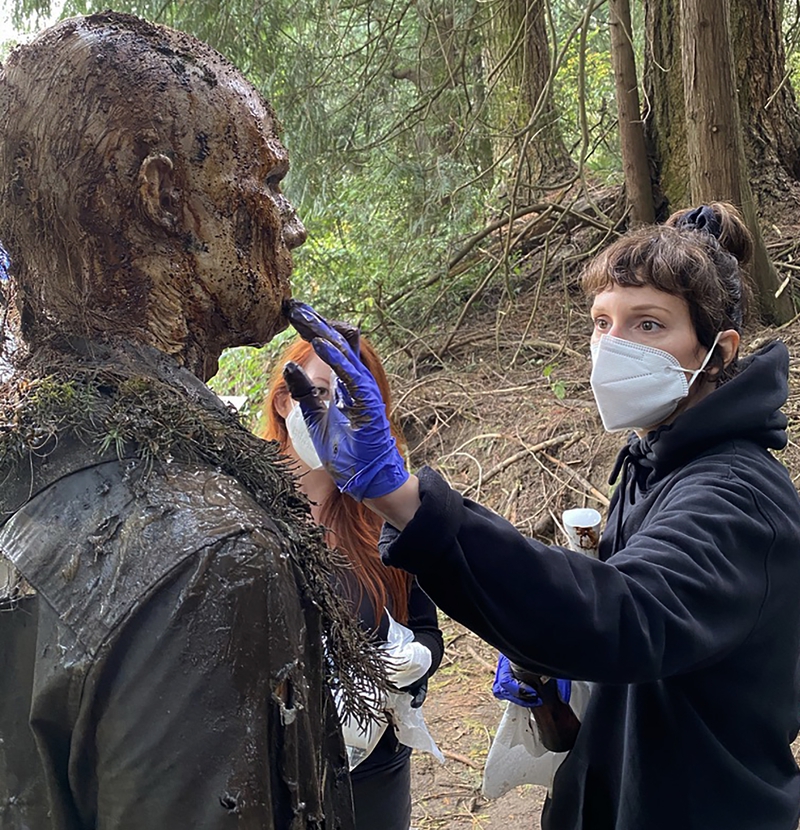 On October 15 starting at 9:30pm Eastern Time/6:30pm Pacific Time, join Todd Masters, MFX artist Steve Kostanski, and fellow Day of the Dead executive producers Jed Elinoff and Scott Thomas for an INSTAGRAM LIVE discussion on the making of Day of the Dead before the series premiere on SYFY. To WATCH this INSTAGRAM LIVE broadcast, fans can follow Todd’s official Instagram account.

Then, during the premiere of the show itself at 10pm Eastern/7pm Pacific on SYFY, Masters, Kostanski, Elinoff and Thomas will LIVE-TWEET during the course of the airing of that premiere episode to discuss how they developed the new series and created the amazing new zombies. To join the conversation, fans can tweet along using #DayoftheDead and follow Masters/Kostanski/Elinoff/Thomas at these Twitter handles:

Day of the Dead premieres October 15th on SyFy.