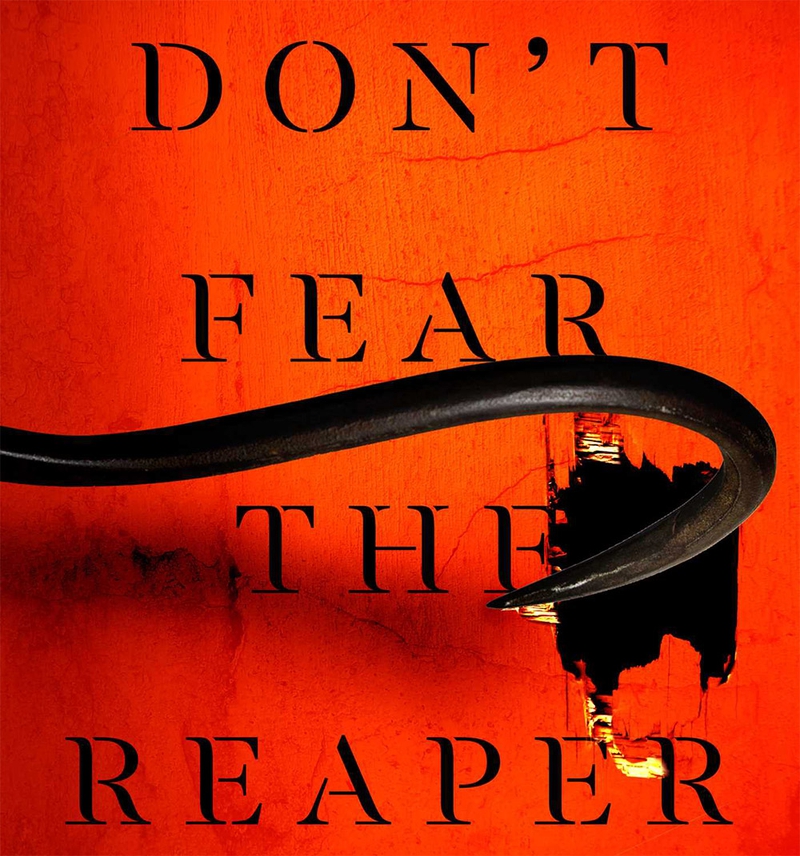 Bestselling author Stephen Graham Jones is coming to town (eight towns, actually) with his latest novel, Don't Fear The Reaper. This sequel to My Heart Is A Chainsaw hits bookshelves February 7, but it's already a February 2023 Indie Next Selection, and featured in USA Today's list of “20 Winter Books We Can't Wait to Read.” Publishers Weekly also gave the book a starred review here’s a little snippet from that:

Jones’s superb sequel to My Heart Is a Chainsaw. It’s been four years since Jade—now going by Jennifer—survived the Independence Day Massacre that devastated her hometown of Proofrock, Idaho. Jennifer is trying to put her traumatic past behind her when Dark Mill South, a legendary hook-handed serial killer, escapes captivity on the outskirts of Proofrock during a once-in-a-century winter storm… Jones expertly blends snappy graveyard humor with nail-biting suspense, and he gives his characters distinctive personalities that distinguish them from the underdeveloped body fodder common to most slasher scenarios. This characteristically clever gore-fest proves Jennifer to be a horror heroine worthy of many more adventures.

Jones embarks on an eight-city nationwide tour this February, check out the full list of dates and cities below. You can also catch him in every issue of FANGORIA with his "Slasher Nation" column, (who better to write about that). 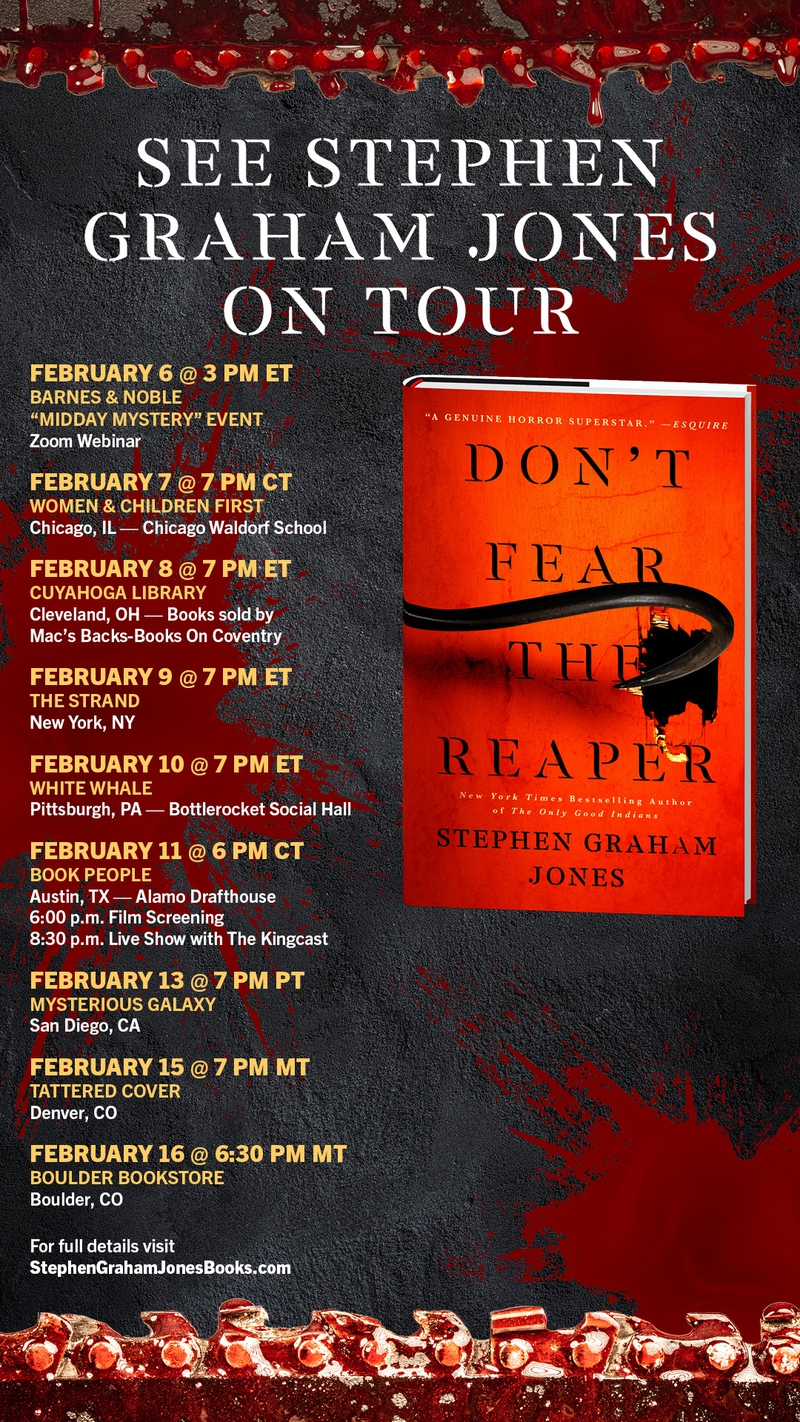 You can find more on all of Stephen Graham Jones' upcoming Reaper events on his official site.