Disney+ is officially making a sequel to the 2021 remake of Under Wraps, Disney Channel’s first-ever original movie. 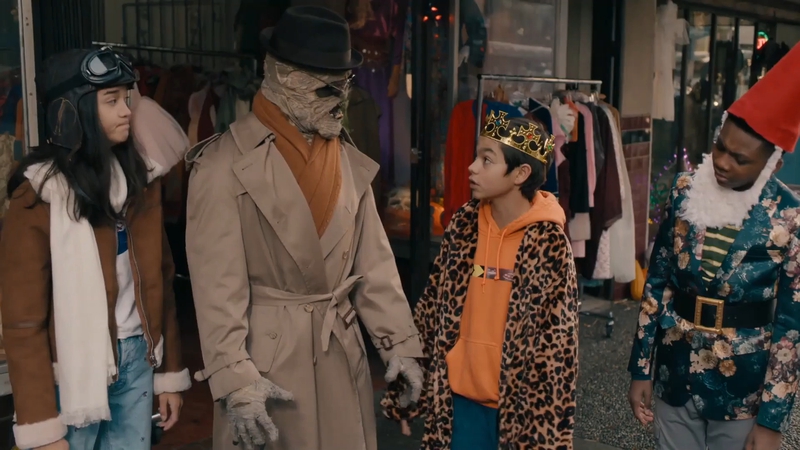 Horror fans of a certain age may well have grown up enjoying the Disney Channel Original Movie Under Wraps, which was the first original produced by the network released back in 1997. Disney opted to remake the film last year and released it on Disney+. It turns out that recycled nostalgia seemingly brings in a big audience as the streaming is officially underway on Under Wraps 2.

As reported by Deadline, Alex Zamm is returning to the director’s chair for the follow-up working from a script by Josh A. Cagan. As far as the cast goes, it will look familiar with Malachi Barton, Christian J. Simon, Sophia Hammons, and Phil Wright reprising their roles, while Melanie Brook, T.J. Storm, Rryla McIntosh, Jordan Conley, and Adam Wylie have boarded the ensemble. The publication even brings us a full plot synopsis for the sequel, which reads as follows:

“Under Wraps 2 picks up as Amy is preparing for her father’s Spooktacular Halloween-themed wedding to his fiancé Carl. However, plans soon go awry when Amy, Gilbert and Marshall discover that their mummy friend Harold and his beloved Rose may be in danger. Sobek, an evil mummy with a thousand-year-old grudge against his best friend-turned-bitter rival Harold, is unexpectedly awakened and out for revenge. With help from his hypnotized lackey Larry, Sobek kidnaps Rose, and Amy, Gilbert, Marshall, Buzzy and Harold must use their skills once again to save her and get back in time to attend the wedding.”

This is pretty much a par-for-the-course move in the streaming age - especially under the Disney regime. Take something that people used to love and freshen it up for modern audiences. One imagines they might have been able to go the legacy sequel route with this one originally, much like they are doing with Hocus Pocus 2. Instead, we find ourselves in the middle of reboot country.

That being said, a great number of viewers in the '90s probably found their entryway to horror through movies like Under Wraps that were made with younger audiences in mind. Given that most younger viewers are streaming content these days, this latest iteration of the franchise may well have provided the current generation with that same entry point. So why not give them a sequel to enjoy? No release date has been set for Under Wraps 2 as of yet but it wouldn’t be surprising to see it on Disney+ around Halloween 2022.