Winter Is Coming In The SNOW FALLS Trailer, On Digital In January

Lionsgate will be helping horror fans ring in the new year, all from the comfort of their couch, as Snow Falls is arriving on Digital and On Demand in January. What is Snow Falls, you may wonder? We’re glad you asked! The horror/thriller hails from director Colton Tran and, as the title implies, will focus on some deadly, winter-set shenanigans. Let’s see what that looks like in practice, shall we?

The trailer kicks off happily (as these things often do) with a group of young, good-looking people heading to a remote cabin for New Year’s. What could go wrong?! Well, after some drinking and debauchery, the power goes out, leaving them to freeze with no rescue coming. As hypothermia begins to set in, things get unsettling, and the lines between reality and imagination blur together. There seems to be a pretty unique driving force at the center of the plot once things get going involving, of all things, a virus they seem to think spreads from the snow. The synopsis reads as follows:

“This terrifying wintertime horror tale will chill you to the bone. As med student Eden joins four friends at a remote cabin to celebrate New Year’s, party time quickly turns serious when a brutal winter storm isolates the kids and knocks out the power. After making frozen cocktails with the snow, Eden and her friends start acting strangely. Convinced that the flakes have infected them with an evil virus, they struggle to stay awake to avoid freezing to death. Who will survive this icy ordeal?”

Historically, January can be a bit of a dry month for new movies and has often been a dumping ground for Hollywood. Horror can be especially rough this time of year as the Halloween season is far more fertile in that regard, and bigger, sure-fire bets are often reserved for summer. That said, the VOD market has leveled the playing field in that regard in some ways, and there’s always a chance something can pop out of nowhere. So, can this 80-minute, R-rated winter fright fest do the trick? We shall see.

Snow Falls arrives on Digital and On Demand on January 17, 2023. 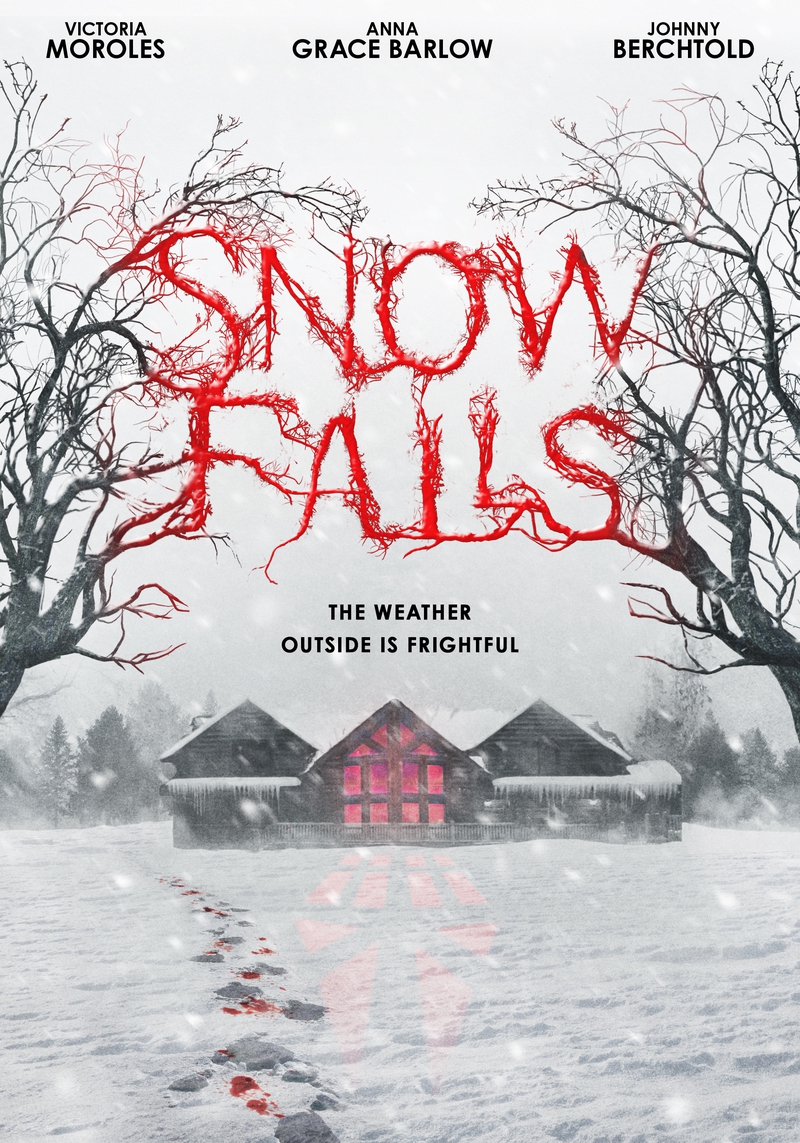