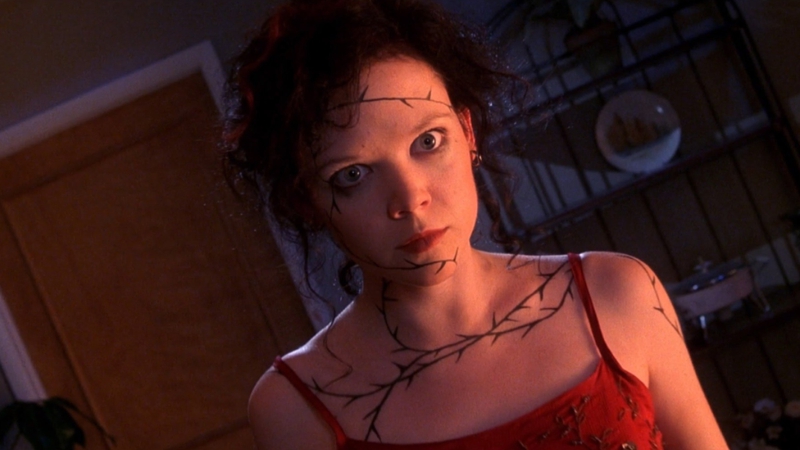 On March 18th, 1993, a group of young men from Lakewood, California, who collectively went by the self-bestowed name of the "Spur Posse" were arrested by the Los Angeles County Sheriff's Department. Their crimes - and their response to it - would become major news in the United States at the time; charged with an array of sex crimes, these assaults were all linked to a 'game' the members had constructed which used a point system to create a competitive environment where these crimes garnered the assailant a numerical value, all leading up to the grotesque idea that there would be a 'winner'. The more rapes, the more points. Prosecutors dropped the case bar one single charge because they felt unable to prove these encounters were not consensual, and the police failed to pursue even statutory rape charges despite one of the survivors only being ten years old.

This was a long time before #MeToo, but there are echoes here of far too many future cases that we have seen since, and of course that existed long before this case itself. Why this particular news story caused such a storm is perhaps as much to do with the high class status of the Spur Posse - they were football players, the golden boys - as it did the horrific crimes they committed all in the name of this "game".

This might sound like a strange way to approach Katt Shea's The Rage: Carrie 2, but when you know this story, it comes as zero surprise to learn that the Spur Posse case was as much (if not more) an influence on the critically lambasted sequel to Brian De Palma's valorized 1976 original. That comparing the sequel to the original has remained the primary model for assessing this film is perhaps stating the obvious; if the title alone doesn't encourage us enough to do this, then the film itself goes to some pretty significant lengths to remind us of the original in some of its key moments, sometimes going a far as to replicate iconic scenes and images. 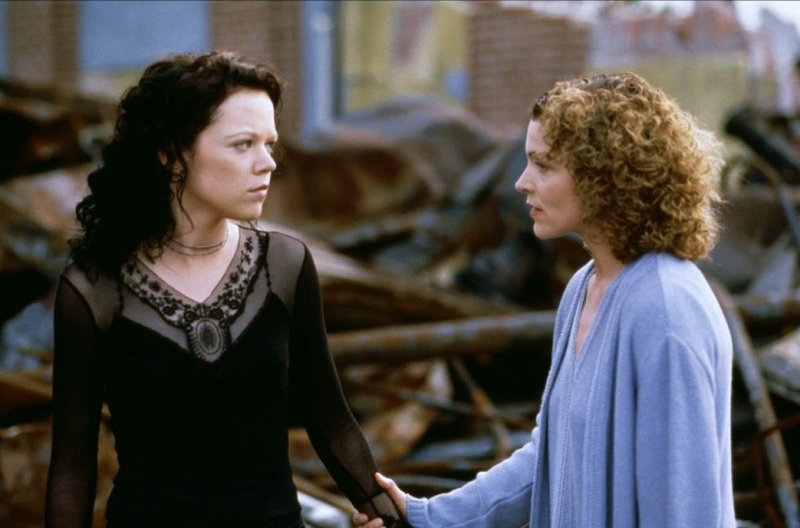 Original footage from De Palma's 1976 film of Sissy Spacek's famous Carrie even appears in The Rage, in a red-tinted flashback of the famous "plug it up scene". Spacek turned down an offer to appear in the sequel, but she did grant permission for this footage to be reused. However, Amy Irving does appear as a relatively central character, revamping her character, Sue Snell. Here, she now works at the school where the sequel takes place. A loose reconfiguring of Betty Buckley's gym teacher Miss Desjardin from the first film in many ways, she also differs significantly as she is much more overtly a champion for the victimized girls in the film, especially protagonist, Rachel Lang (Emily Bergl).

Rachel is Carrie's step-sister; they share the same father (who seems to have a thing for religious fanatics), which in itself is interesting because it renders Rachel and Carrie's telekinesis - a gift they both share - as not only hereditary, but passed down through the male family line. Violence, then, despite the centrality of the women characters here, is ultimately framed as inherently connected to the masculine. These girls have not just got enormous supernatural powers, but the violence intrinsic to that in both of their cases is something they literally got from a man; their propensity for violence, then, is deemed monstrous not only because it holds the potential for unrestrained destruction, but also because they are women who have what is biologically defined as being something emphatically masculine. 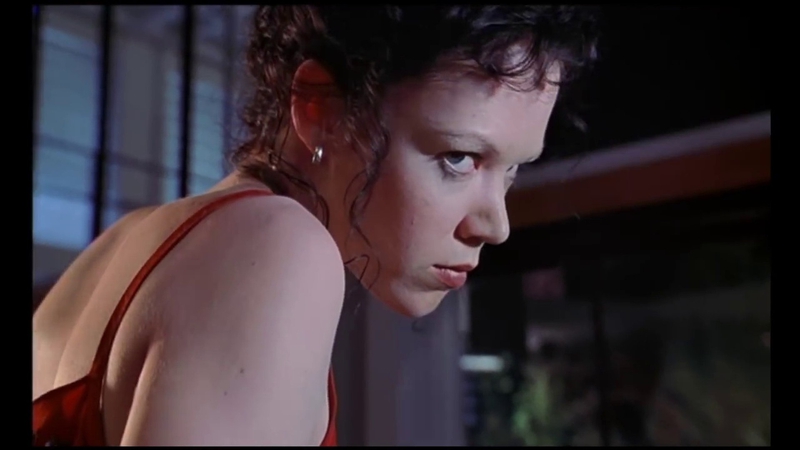 Rachel learns of her relationship to Carrie from Sue, whose guilt over Carrie's death and the carnage associated with it propel her to investigate Rachel's similar background with a demented religious kook for a mother. But Rachel and Carrie - and their stories - are as different as they are similar. Rachel's mother, for instance, is institutionalized very early in the film, leaving Rachel to grow up in an uncaring foster home (for the music fans amongst you, her stepfather is played by the iconic John Doe from the killer LA punk band X). While Carrie was meek and frightened, Rachel is tough; Pauline Kael once famously described Spacek's Carrie as looking like a "squashed frog", while Rachel is a tomboy (when one of the quasi-Spur Posse ringleaders invites her on a date early in the film, she unhesitatingly rejects him, telling him she's not interested "because I'm a dyke”. He doesn't pause to disbelieve it).

Rachel's story really begins when her best friend Lisa dies by suicide after being rejected by one of the footballers; she lost her virginity to him, and he humilated her afterwards by revealing that her perception of their relationship was wholly in her imagination (Lisa was played by Mena Suvari in the same year she would star in American Beauty). With Sue's support, Rachel shares this information with the school and the police, putting statutory rape charges very much on the table. In retaliation, the footballers - who, like the real-life Spur Posse, were playing the same 'game' with the same point system structure - decide to silence Rachel, and are met with a taste of her telekinetic powers. But one of the footballers is apparently sincerely interested in Rachel, and a relationship begins to blossom; neither of them realize that they are both being played, setting up a humiliating climax for Rachel that, while bereft of pigs' blood, is still pretty shitty. 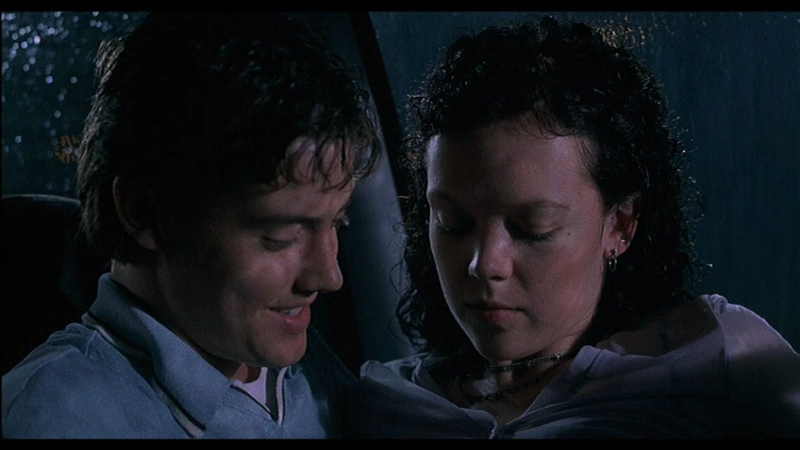 Despite the original De Palma film clearly being the entire selling point here, the way that the clunky script tries to shoe-horn the mythology of the first film into this one is where it feels the weakest. Where the film is at its best, however, is how it brings together the real-life horrors of the Spur Posse and works them into the context of a supernatural horror film. The original title for the film was apparently The Curse, which is apt; this was very much a cursed movie, which was meant to start production two years earlier but got caught in problem after problem, peaking with the original director Robert Mandel quitting only a couple of weeks into shooting, leaving Shea very little time to prepare at all.

But this is less a defense of The Rage: Carrie 2 as it is perhaps a request for an opening up about how we approach films like this. In many ways, the film is doubly cursed (again, referencing that original title) because not only was it directed by a woman - effectively a crime, in the eyes of many horror fans and people in the industry, even now - but it's a dirty, stinky, shameful sequel. Maybe we need a different way to talk about sequels, because "it's not as good as the original" is such an obvious thing to say about almost all of them (there are a few rare exceptions) that it seems almost pointless.

Shea was obviously not the first woman to direct a horror sequel - off the top of my head, I can think of the Kari Skogland directed Children of the Corn 666: Isaac's Return in 1999, Rachel Feldman's Witchcraft III: The Kiss of Death in 1991, followed by Julie Davis' Witchcraft VI: The Devil's Mistress in 1994, and Kristine Peterson's Critter's 3 in 1991, just to name a few. But how many of these have you actually seen (or, more importantly, been able to access)? I do think there's a tendency for women-directed horror sequels to be effectively invisible, due to a combination of both 'sequelphobia', and good old fashioned sexism. 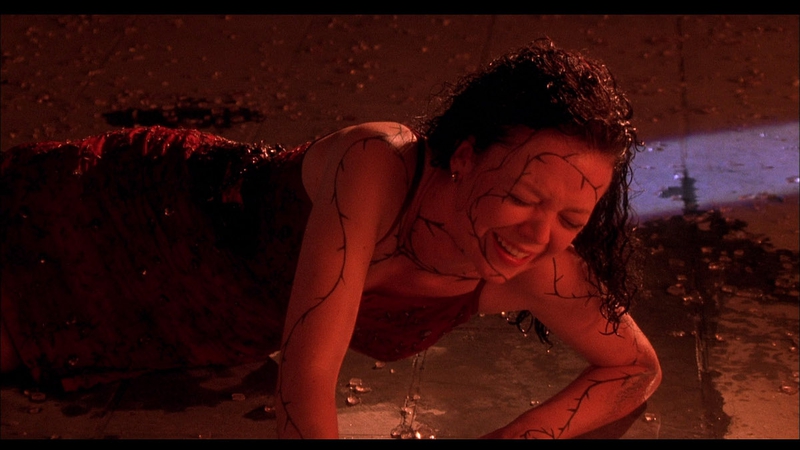 I am not saying that all of these films are necessarily great, and sure, Carrie is objectively probably a better film than The Rage: Carrie 2, few people would argue that. But maybe that's not the standard we should set for this or any sequel. There's clearly a financial imperative here to tap into the original mythology to make a quick buck based on the brand name alone. What I find much more fruitful is to ask, however, might be more like this: "What is left when we strip away that marketing gimmickry"? My favorite horror sequels - Psycho III, Exorcist III, and Halloween IV top the list - because they engage with the core mythology while allowing themselves (or, perhaps more practically, are granted the freedom) to experiment with that mythology. Did Katt Shea get that same freedom? Based on what we know about the production history of this film, I'm going to hazard a guess and say no. And taking that into account, as a horror reimagining of the Spur Posse shit show, I genuinely think The Rage: Carrie 2 deserves a lot more credit than it gets.