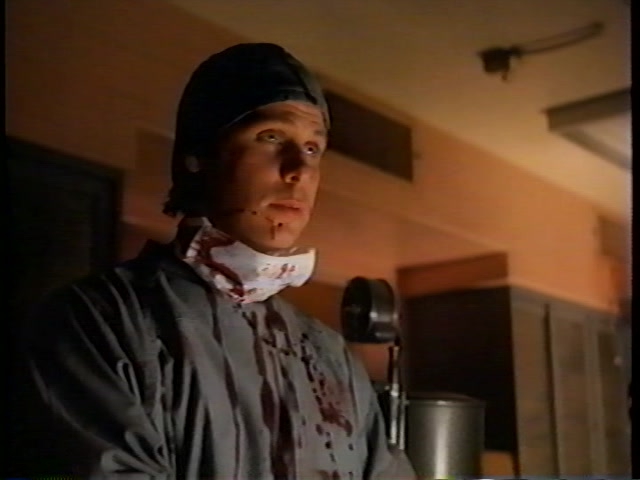 Sawbones is one of 14 films made for the first series of Showtime's Roger Corman Presents in the mid-1990s. Although Catherine Cyran is the only woman director in that series (there are a few more in the second), she follows a long yet complicated history of women directors linked to Corman. These most famously include Barbara Peeters's Humanoids from the Deep (1980), Amy Holden-Jones's The Slumber Party Massacre (1982) and its sequels, and Stephanie Rothman's various projects with Corman, including her cult horror movie The Velvet Vampire in 1971.

Cyran may perhaps not be as familiar a name as these, but if the New Horizons label is the stamp of quality you look for in a film, then Sawbones is for you. Alternatively titled the comparatively demure Prescription for Murder, while not as titillating, the latter perhaps is more in keeping with what this film has on offer: it's a fairly pedestrian genre expedition, sure, but it certainly accomplishes what it sets out to do and is a super fun way to kill an hour and a half. 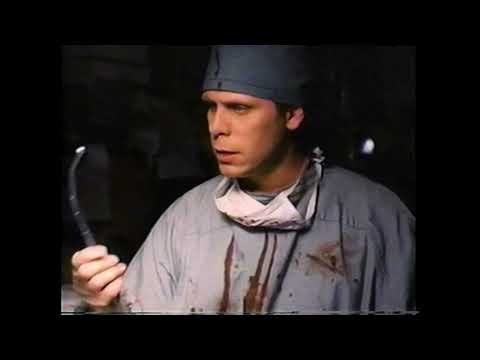 The film follows an almost comically inept aspiring medical student called Willy (Don Harvey), who has significant daddy issues pertaining to his abusive late father, played by Brian T. Finney. Try as he may - repeatedly - to get into university, the bumbling, unhinged Willy just doesn't have what it takes and, er, decides to go freelance. This involves abducting 'patients' and forcefully involving them against their will into participating in what is effectively delusional surgery cosplay sessions, which has unsurprisingly lethal results. Caught in the crossfire is the very sweet yet deeply insecure college administrator Jenny (Nina Siemaszko), her revoltingly patronizing fiancé Brad (Nicholas Sadler), and a free-wheelin' cop investigating the crimes, played by Adam Baldwin.

Jenny is really what makes Sawbones work, however. She's a surprisingly compelling character because her self-doubt and insecurities make her far more authentic than much of the high-pitched, at times almost camp, horror-silliness that is going on around her. She is in a shitty relationship with a shitty man, but she is so lost that she struggles to find a path for herself beyond it, and while Willy's story is perhaps over-the-top, Jenny's instead feels almost far too familiar. That being said, Harvey is great fun as the demented villain of the piece, clearly relishing the excesses of the role, and while only some of his patient-victims are women, he is clearly driven by a strong element of misogyny which reveals an interesting (if not profoundly complex) gender political slant in the film.

There are also some great, gleeful horror moments in here (I give a reverent nod here towards the concept of "eyeball liposuction"), but this is first and foremost a made-for-television movie. So while the visceral aura of gore is present more than once, if it's actual blood and guts you are looking for, that's not what Sawbones is really about. A fluffy horror movie that pivots around a plucky heroine who is exhausted by everyone thinking she's an idiot, Sawbones may not be a buried treasure, but it's certainly not fool's gold.