The Emmy-winning INSIDE creator would be an obvious choice for the next comedian turned horror director. 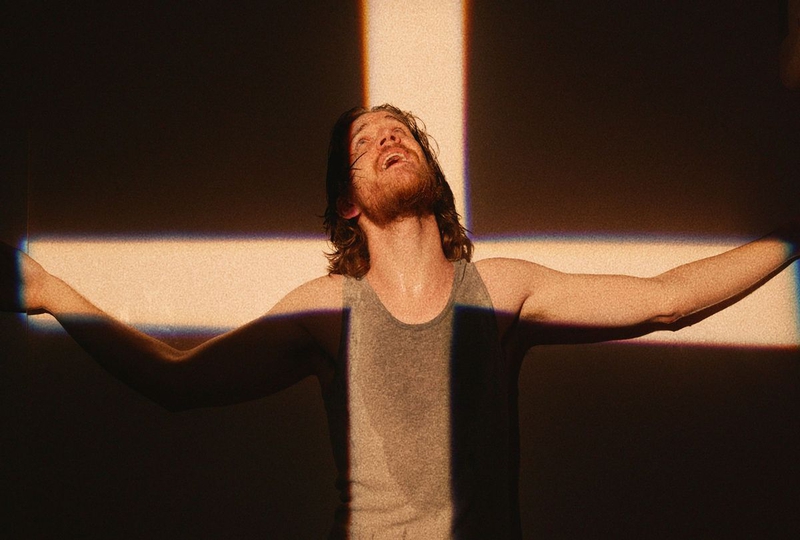 After taking a five-year break from live comedy to focus on his mental health, Bo Burnham (Promising Young Woman) recently returned with his lockdown produced [now Emmy-winning] Netflix special, Inside. The discourse between viewers asked if it should be considered comedy at all. Headlines described it as "the horror of turning 30 in lockdown," "emotionally wrecking," and "an existential masterpiece." It was tagged under horror when it trended on Twitter and glossed over by users as a glitch. However, to describe Burnham's work as horror is not as far-fetched as some may think. He has embraced genre motifs and tactics throughout his career, which brings me to my proposal: Bo Burnham should be the next comedian to crossover and direct a horror film.

Comedy and horror are known to have congruences. Comedians and comedic actors like Jordan Peele, Ilana Glazer, John Krasinski and Chris Rock have made a smooth transition into horror. It is simply the same formula with different tools. As Miskatonic Institute lecturer David Misch stated, "one's a pie in the face, the other's an ax in the skull." In a 2011 appearance on The Green Room With Paul Provenza, Burnham explains his resistance towards the rule that comedy comes from pain, "I think that limits what comedy is. It comes from love, fear, hate…"

Fear is a popular through-line in Burnham's mediums. It's present in his music, stand-up, poetry, writing and directing. In the book Egghead, his poem "A Ghost Story" carries the rhythm of something you'd read by Shel Silverstein but ends with suicide by a boy who cannot cope with seeing the supernatural. In the music video for "Repeat Stuff," a catchy critique of pop music, he portrays singers as vessels for Satan with a finale of him devouring a teenager's heart after suffocating them with a pillow. In "Sexting," the lyrics are about him opting to "send a picture of his face instead / because my dick looks like the baby from Eraserhead."

I argue that his directorial debut, Eighth Grade, is a coming-of-age horror. Its lead (played by Elsie Fisher) has since been featured in genre work such as Hulu's Castle Rock and Fede Álvarez's reboot of The Texas Chainsaw Massacre. In an interview with Rotten Tomatoes about his five favorite films, Burnham lists Julia Ducournau's RAW as an example of what he tried to do in scenes of Eighth Grade. "I felt like I didn't have a good reference for 'How am I going to integrate the stylized sequences I have in my mind into this natural world?' Then when I saw her movie, I'm like, 'Oh man, this is exactly what I want to do.'"

Its influence is on the screen. The car scene is excruciating, an intense moment that plays like a monster honing in on its prey. The pool scene where we enter a backyard of swarming kids is beautifully paired with composer Anna Meredith's "Nautilus," giving it a boost of panic that makes it the adolescent parallel of Psycho's shower scene. When I shared the film with my 7th grader niece, she described it as "terrifying" and hoped it did not paint a picture of her future. What makes Eighth Grade a natural depiction of horror is how it articulates the anxiety and dread that kids and teenagers feel. Burnham's direction was rooted in a desire to be truthful, not to force a point of view.

The academic setting often emerges in his projects, as his 2013 Black List script, Gay Kid and Fat Chick, is about two ostracized high school friends. His MTV sitcom, Zach Stone Is Gonna Be Famous, follows a teenager (portrayed by himself) who hires a camera crew to document his life in hopes of gaining fame but is truly about the fear of being invisible. Before the birth of TikTok, he mastered the art of micro-videos on Vine with humorous references to Se7en, The Shining and Friday the 13th. Even his performance as Ryan in Emerald Fennell's Oscar-winning Promising Young Woman (spoiler alert) straddled the lines of "nice guy" and "monstrous man." Surveying his catalog reveals him to be one of the most horror adjacent comedians of today. 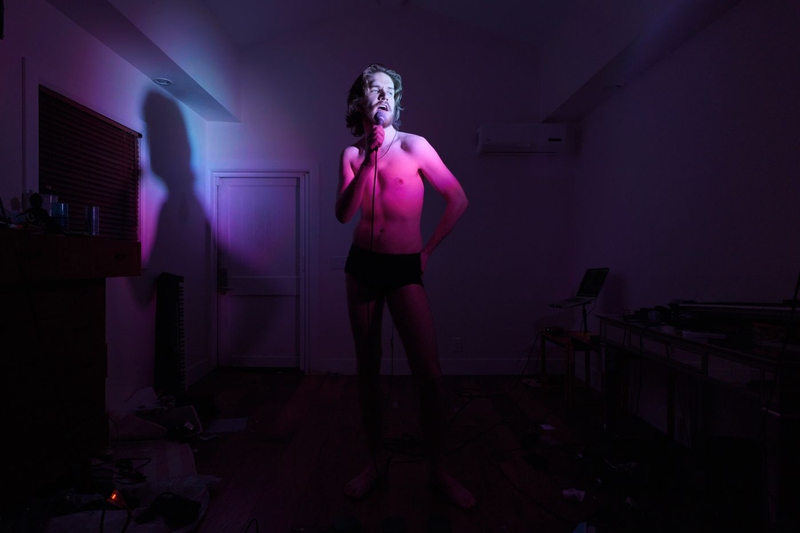 Another topic prevalent in his work is the internet. From early on in his career, Burnham has continuously placed a (black) mirror upon the internet, social media and its culture to show the complicated hellscape that it can be. As one of YouTube's first true success stories circa 2006 (even before Justin Bieber was discovered on the site), he gained a loyal following by uploading funny songs in the vein of Stephen Lynch and Tom Lehrer. While he skipped the traditional journey of grinding the comedy clubs with hecklers, he affirms that online heckling can be potentially worse. It's a stream of faceless comments with no repercussions. Ergo, Burnham has a unique understanding of what it means to exist online, both as a spectator and in the public eye.

His latest release, Inside, is most direct in what he wishes to express about these themes. It's the Blair Witch Project of comedy specials, having been shot, edited and directed by himself in his home. It starts in the ending location of his previous 2016 special, Make Happy, as we spiral through self-aware vignettes of anxiety, suicide, a fear of being canceled (or being unjustly exalted), regret of past insensitive jokes, guilt of being a straight white male, our political climate and then some. It struck a chord with audiences and critics, receiving an impressive six Emmy nominations and prompted Netflix to give it a theatrical release. Its universal praise is not due to how funny it is but how it permits people to feel the suffering, confusion and isolation of lockdown. A powerful moment is when he pauses in reflection to say, "I am not well," and breaks down crying. There is speculation as to whether his mental health declarations are sincere or false, but... does it matter? He wants to heal the world with comedy, but knows catharsis plays a pivotal role on that team.

It almost feels nigh that Burnham should steer the next A24 horror film about teens and social media, as he has displayed the ability to communicate the harrowing experience of youth. He attributes it to the fact that "anxiety makes me feel like a terrified thirteen-year-old." This hypothetical film could fit within the cliques of Tragedy Girls, Ingrid Goes West and Spree, and Burnham would carry a different perspective on a horror parable about the internet. He said most studies about the internet are written by observers from afar, which stunts any possibility for the results to be accurate. There is also potential to use his songwriting abilities towards a horror musical, as he is experienced as a songwriter for the music on the delayed Sesame Street film.

If you look, all signs point to a future in genre and horror. Of course, it all comes down to whether Burnham actually holds an interest in crafting a straight-out horror film, instead of dancing the line between comedy and horror again. In Inside, he repeatedly asks the question, "Should I be joking at a time like this?" If I may say, Mr. Burnham, next time, please consider scaring people instead.