When Linnea Was Hung On The Antlers With Care

Linnea Quigley on the story behind SILENT NIGHT, DEADLY NIGHT's most outrageous kill! 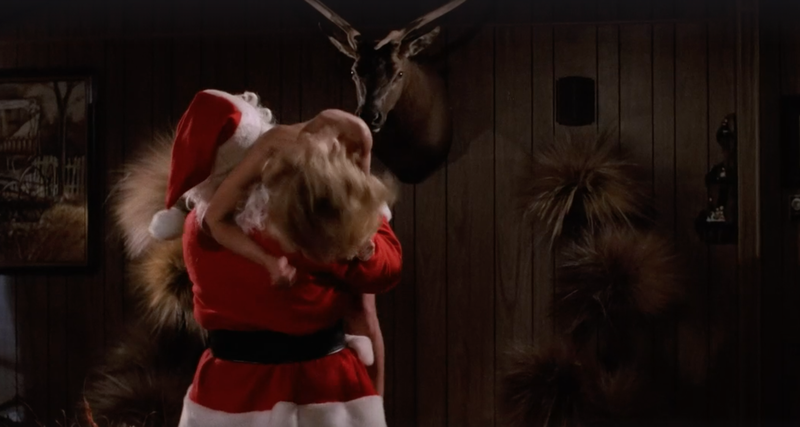 When Silent Night, Deadly Night first opened in 1984 (the same weekend as Wes Craven's original A Nightmare On Elm Street), it was considered an abomination, an attack on the most innocent of characters, Santa Claus. Now, in 2021, Silent Night, Deadly Night has almost become respectable. It runs on Turner Classic Movies, and Tarantino shows a mint print of it at his New Beverly Cinema. It inspired a long-running franchise and a remake.

The original film featured several impressive Yuletide-themed kills, including a sledding beheading. But Silent Night, Deadly Night's signature kill, also featured one of the first onscreen deaths of the '80s premiere Scream Queen, Linnea Quigley. Spending Christmas Eve babysitting her little sister Cindy, Quigley's Denise also squeezes in time to make love to her boyfriend Tommy on the pool table of her parents ' basement rec room and let in her cat while topless. (That's what puts her on the 'Naughty ' list.) 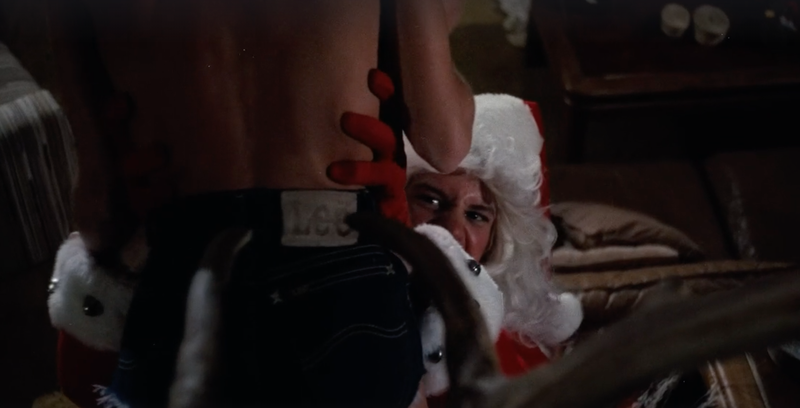 When Billy the psycho Santa attacks, he impales the naked Quigley on deer antlers. "It seemed like I was hanging off of those deer antlers all night long," Linnea Quigley giggles. "And when I wasn't dangling from them, I was being hung on them!"

"I think I worked on it for two nights," She recalls. "I wasn't sure if Denise was the big sister of Cindy(the little girl) or supposed to be the babysitter/catsitter." The role came her way "when Stanzi Stokes, a great casting director, asked me to come in and read for it. A Stuntman played Billy when he kills me, he's the guy who lifts me up on the antlers."

"Once he hung me on there, I straddled the deer head for many, many hours. They actually put something on the deer's head, so I could sit on it comfortably. "For the scene where I'm found with the antlers impaling me, I had to keep my balance in the air with the antlers glued to my stomach!"

Was she surprised by the backlash? "When Silent Night, Deadly Night opened, I was making a movie in Mexico (Treasure Of The Moon Goddess), my manager called to tell me about the uproar over the killer Santa movie I did--I had no idea!" Ironically, the Christmas chiller led to her being cast in one of her biggest hits. Because the actress handled her nudity and gore like a champ, "Stanzi Stokes remembered that, so she had me come and read for the part of Trash in Return Of The Living Dead, which was wonderful!"