What Girls Do When They're Left Alone: Return Of The Repressed 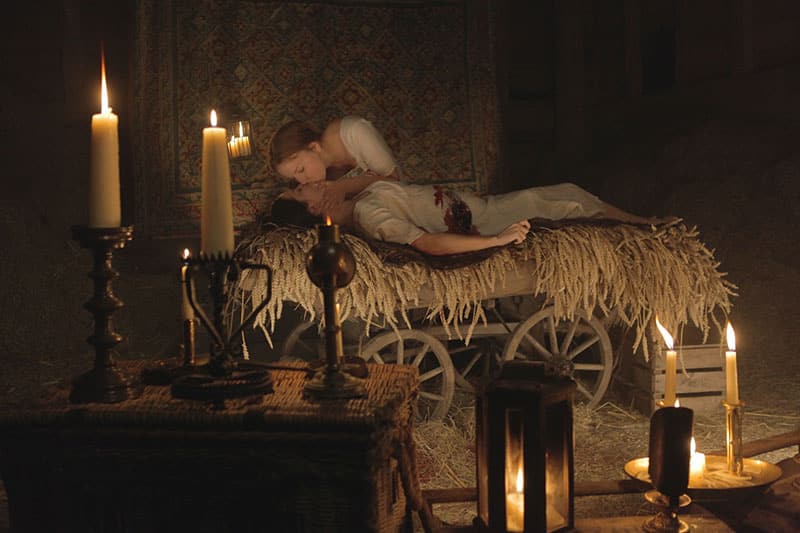 "Having tasted the fruit, Laura can never go back."

Welcome to the culmination of our four-part Carmilla celebration. If you missed the first three installments, you can get caught up here.

“Often from a reverie I have started, fancying I heard the light step of Carmilla at the drawing room door.”

Over the long millennia that saw Christianity spread its tentacles across the world, a curious thing began to happen. Along with the rise of Satan in the consciousness of Christendom, there grew a belief that Eve was the one to blame for the fall of man. Not Adam, who took the forbidden fruit from her and ate it. Not the serpent, who told her the fruit was safe to eat. She and she alone would be punished for humanity’s downfall, and so must all women for their wickedness and weakness in the face of evil — never mind man’s role in the affair.

By the 19th century, on the other side of the era referred to in one feminist documentary as “the burning times,” some radical thinkers had started to reconsider the relationship between Adam, Eve, and the serpent. Why should Eve be loyal to Adam, a cruel hypocrite who condemns her for the same behavior in which he himself indulges? Would not a partnership with the serpent, who after all did little more than reveal God’s lies, be more beneficial? The Romantic movement, a close cousin to Gothic literature, flourished in the first half of the 19th century. And it was quite taken with the image of the serpent — a.k.a. Satan — as a liberator of women, as Swedish academic Per Faxneld writes in his dense (but completely worth it) book Satanic Feminism.

Once the veil is lifted, and we can see that turning to the patriarchy for protection from the patriarchy is a racket at best, Satan and his minions take on a different dimension. We’ve looked at Carmilla as a vessel for desires so taboo, they must be resisted (in public, anyway). We’ve seen her as the key that opens doors to sexual fluidity, and a shrouded psychopomp who beckons from the chilly dampness of the grave. But can the first lesbian vampire, sad, secretive, and driven by indiscriminate hungers, be a truly liberating figure? 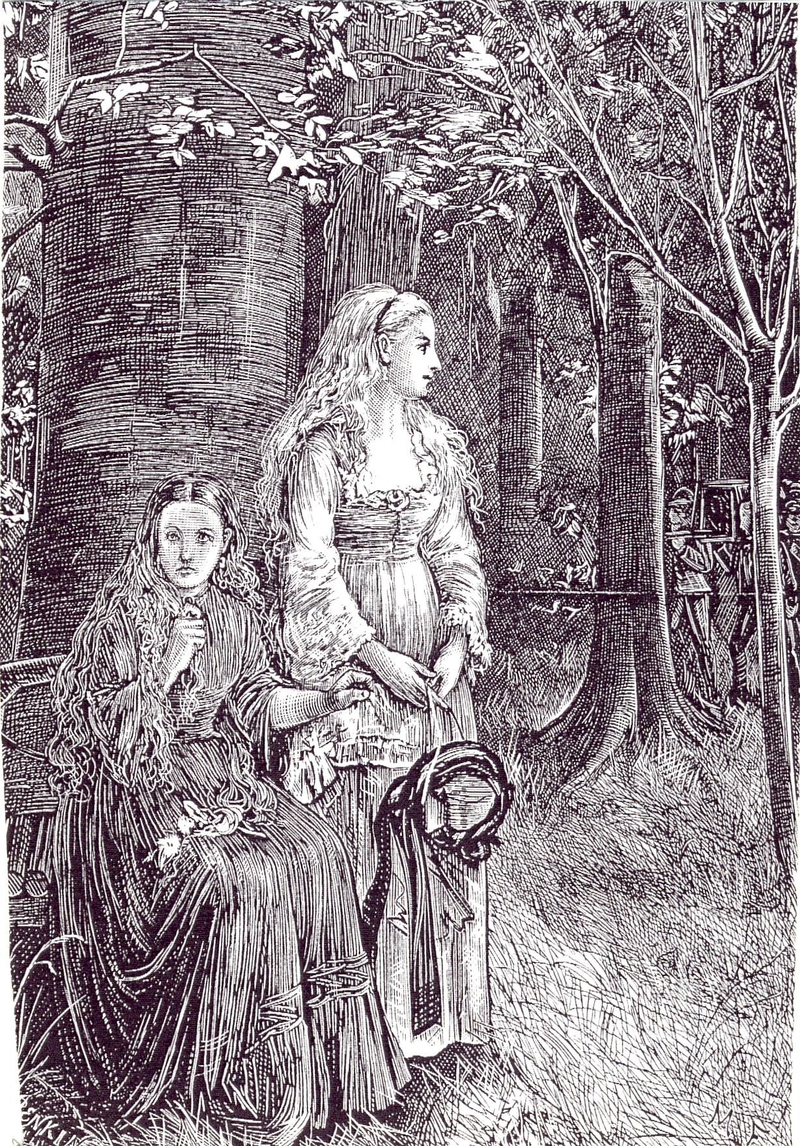 One way to tame Carmilla is to relieve her of her more predatory aspects, as was the project of the 2014 web series and 2017 movie of the same name. That series’ Carmilla (Natasha Negovanlis) bears little resemblance to the original, except for her desire for requited love. (In the book, even vampire hunter Baron Vordenberg admits that Carmilla “seems to yearn for something like sympathy and consent.”) Her adventures with her roommate/girlfriend Laura (Elise Bauman) hew closer to Buffy the Vampire Slayer than the “languid paroxysms” in the book, and the power of true love eventually makes this Carmilla human.

And for those for whom representation and assimilation are part of the same cozy, domestic goal, that’s wonderful. Not every queer person is militant about destabilizing heterosexuality and the dominant white patriarchal power structure — and they don’t have to be. But what of she who dreams about fangs puncturing her breast, a chill running through her as she imagines the sharp pain and warm welling of blood up through her warm skin?

Another way to make Carmilla a savior is to make her absence a sickness rather than her presence. Emily Harris’ 2019 film, which hews much closer to Le Fanu’s novella in tone if not in content, makes this tweak, along with another key change: Removing the supernatural from the equation. Perhaps, if one were so repressed that a cool breeze could bring them to the brink of orgasm — as the characters are in this movie — one could argue that the film implies that Carmilla (Devrim Lingnau) might be a vampire. Less heightened observers could either miss or dismiss as coincidence the subtle cues that are there: So what if dogs don’t like her, or her eyes dart around unnaturally when she sleeps? 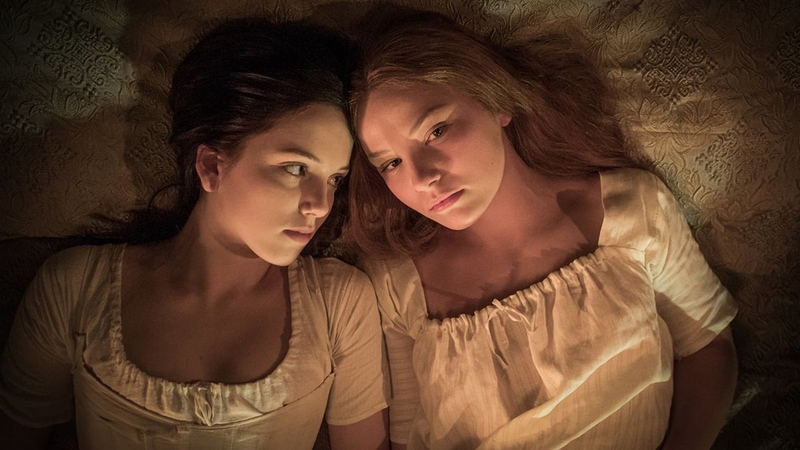 This elusiveness, the quality of being neither a healthy, wholesome young lady nor a howling wraith, is a key part of Carmilla’s revolutionary potential. Men unwisely discount her as a threat, allowing her to penetrate the most intimate chambers (wordplay all intended, by the way) of their respectable households. She passes by undetected, alternately introducing herself as Carmilla, Mircalla, and Millarca — all anagrams, which come across as silly in the campy Hammer films but lend a volatile, dangerous instability of identity to the novella.

In the place of supernatural chills, Harris’ Carmilla inserts a provocative BDSM subtext with imagery of sharp needles, tightly bound limbs, and lovers smearing red on white nightgowns as they kiss with blood-stained lips. It also introduces a more nuanced, modern view of feminism than the blunt gender warfare of films like The Blood-Spattered Bride, in the form of a strict governess named Miss Fontaine (Jessica Raine). On the one hand, the character sidesteps the sometimes comical attempts of earlier adaptations to diffuse the lesbianism of the piece. “Don’t make the same mistakes that I did,” she warns Lara (Hannah Rae), implying that Miss Fontaine has experienced the same feelings she’s trying to beat out of her charge. But she takes the wrong lesson from her humiliation, victimizing both Lara and Carmilla by upholding generational cycles of repression and fear. 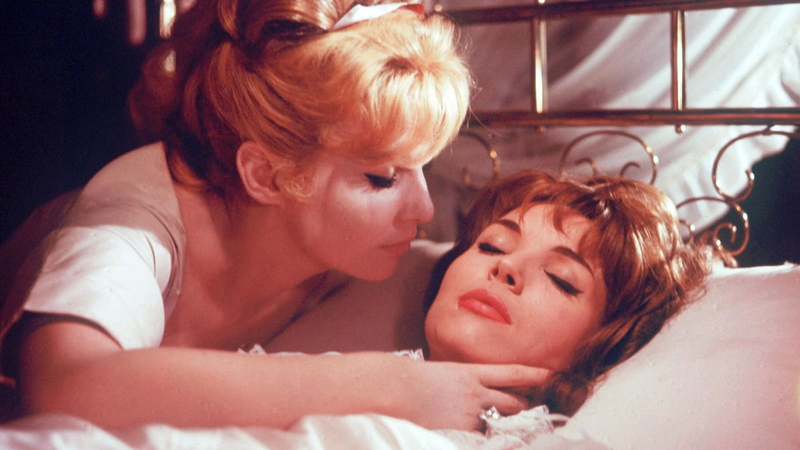 The return of the repressed is a theme that runs through all Carmilla adaptations. Meg Tilly’s Carmilla brings an adolescent rebellion attitude, encouraging Laura to defy her father — and rightly so, given that he’s an enslaver who wants to engage in a little father-daughter bonding by wooden stake. (“If your daughter really has been bitten, I’m not sure we can get her back,” Roddy McDowall’s dandy vampire hunter tells her father.) She eventually returns to the submissive heterosexual fold, but now that she’s tasted freedom, she will never be content. The monster in Blood And Roses similarly fuses with the “afflicted” woman’s DNA, as does Carmilla at the end of Harris’ film. However dark her bargain, Carmilla offers freedom — from overbearing fathers, abusive husbands, or simply from restrictive social mores.

The punishment of the “other” and return to “normalcy” at the end of a Gothic horror story is designed to reassure audiences that the queer-coded villain is merely a titillating aberration. And for decades —indeed, centuries — queer audiences have searched for themselves in the most disreputable, doomed places. Carmilla and Laura do not run off together at the end of these stories. Theirs is a doomed love, fated to be misunderstood and violently suppressed whenever it appears. And yet, Carmilla refuses to die completely.

Having tasted the fruit, Laura can never go back. She’s changed forever: although her father has broken her spirit, she hears Carmilla lightly pacing outside her bedroom door. She remembers when Carmilla told her, “as I draw near to you, you, in your turn will draw near to others, and learn the rapture of that cruelty, which yet is love.” Now it’s her duty to pass down the secrets of lesbian sexuality, a self-generating force that transcends mere biology.

In her 1981 analysis of the genre Daughters of Darkness, author Bonnie Zimmerman posits that “the lesbian vampire film can lend itself to an even more extreme reading: that in turning to each other, women triumph over and destroy men themselves.” To become the feared “other” is to embrace life when all that “righteousness” has to offer is a slow, choking spiritual death. Like the serpent, Carmilla reveals forbidden knowledge about autonomy and self-determination and the joy and peace of a life without men. She wraps women in her embrace, and her kiss opens the endless plains of eternity.