We Are The Queerdos, Mister: John Logan's Queer Horror Slasher THEY/THEM Is Coming To Peacock And We Have Your First Look Images

Kevin Bacon is heading back to camp! 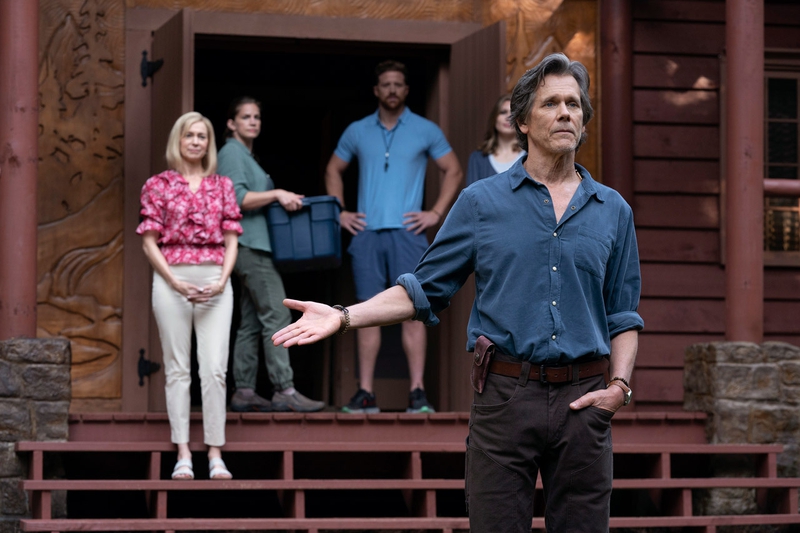 A queer slasher horror film set at an LGBTQIA+ conversion camp? Starring Kevin Bacon!? We could not possibly be more in. They/Them (pronounced “They-slash-Them) is a project a lifetime in the making for writer/director John Logan. Logan says, "They/Them has been germinating within me my whole life. I've loved horror movies as long as I can remember, I think because monsters represent 'the other' and as a gay kid I felt a powerful sense of kinship with those characters who were different, outlawed, or forbidden."

The story takes us to a camp, but it's not any sort of camp we'd ever want to visit, even sans-slasher. Kevin Bacon stars as Owen Whistler, who heads a week of "conversion" programming designed to help queer and trans campers "find a new sense of freedom" which we're guessing is code for "be more hetero." As Whistler's methods descend into more psychologically unsettling territory, the campers have to join forces to protect themselves. And when a killer starts slashing their way through victims, things become even more dangerous. 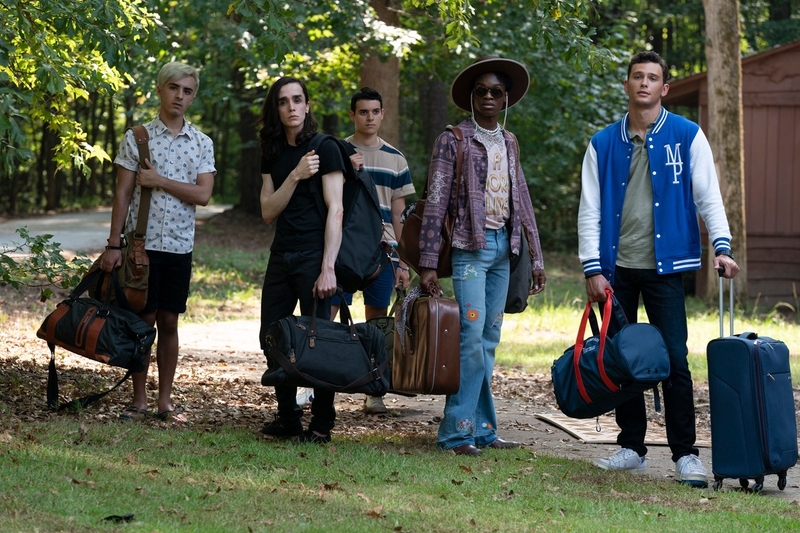 They/Them marks three-time Oscar-nominated screenwriter John Logan's (Skyfall, Gladiator, The Aviator) directorial debut. “I wanted to make a movie that celebrates queerness, with characters that I never saw when I was growing up. When people walk away from the movie, I hope they're going to remember the incredible love that these kids have for each other and how that love needs to be protected and celebrated.”

Let's take a closer look at this ensemble cast of characters.

Joining Bacon's Owen Whistler at his conversion camp of horrors is camp medic and newest staff member, Molly (Anna Chlumsky, she/her.) Jordan (Theo Germaine, they/them), a transgender and non-binary camper from a religious background who has made a deal with their parents to legally emancipate if attending Whistler doesn’t “work.” Alexandra (Quei Tann, she/her), a transgender woman whose parents have threatened to kick her out of the house if she didn’t attend the camp. Toby (Austin Crute, he/him) a gay camper who negotiated with his parents for a trip to New York in exchange for a week at Whistler Camp. Veronica (Monique Kim, she/her) , a bisexual camper who wants to stop fighting who she really is.  Kim (Anna Lore, she/her), a closeted lesbian camper who puts on a perfectly crafted front for her family and friends, assuming that when she fits in, she’ll finally be loved. Stu (Cooper Koch, he/him), a jock with aspirations of a swim scholarship and joining his father’s fraternity - things he doesn’t feel he can achieve if he’s open about being gay. And Gabriel (Darwin del Fabro, he/him), a sensitive gay camper tired of the persistent name-calling and bullying he’s endured his entire life.

They/Them will debut on Peacock Friday, August 5. In the meantime, pack your bags and take a peek at the first-look images below. 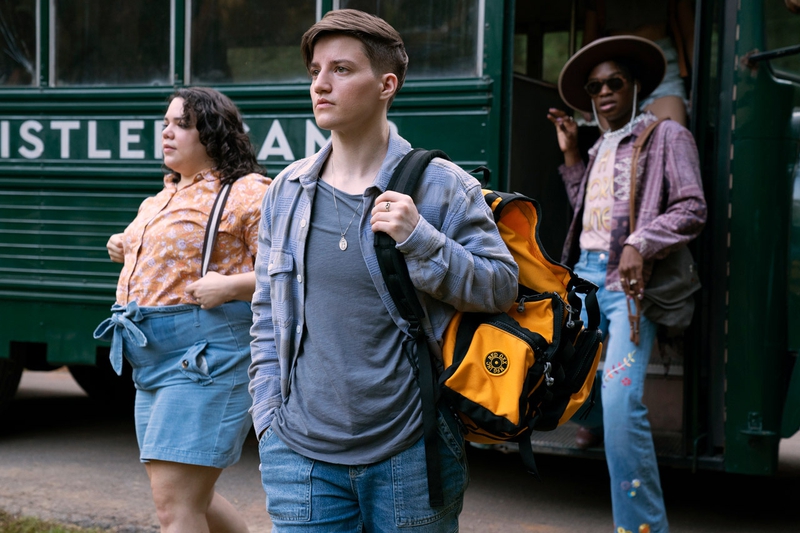 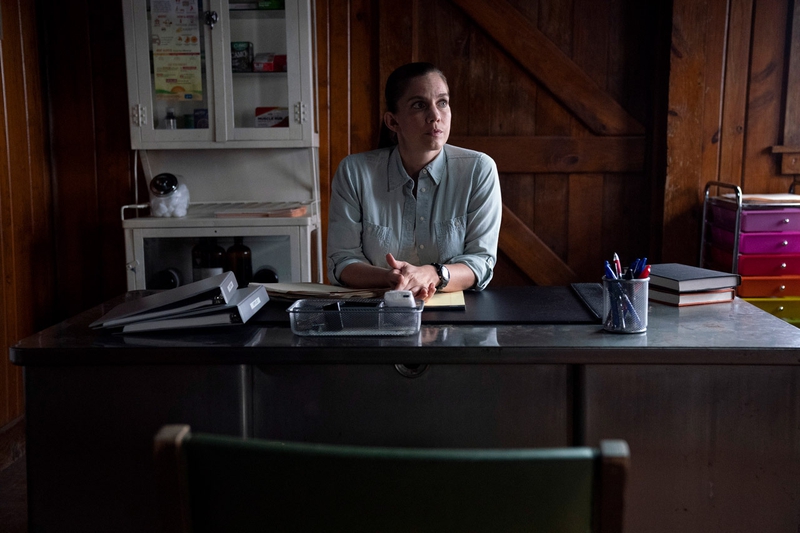 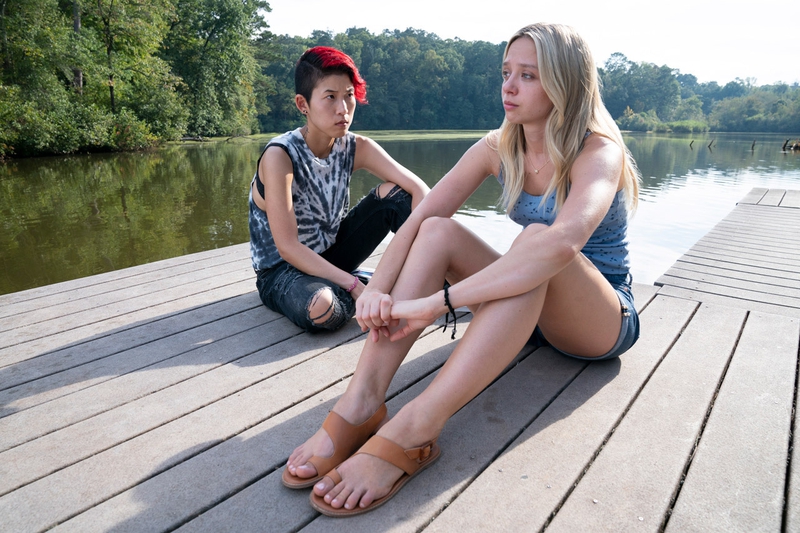 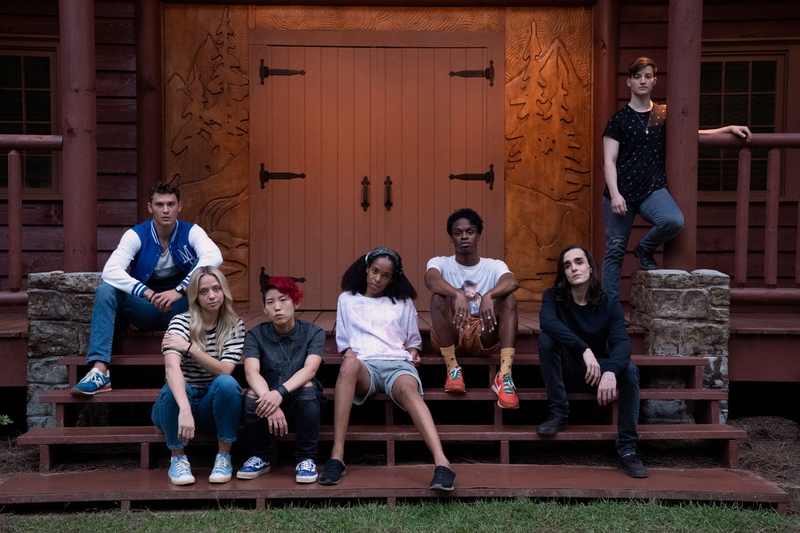