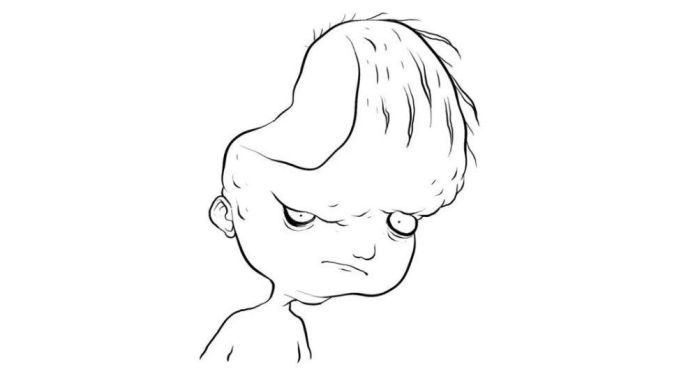 From viral Twitter thread to big-screen ghost story. Back in August of 2017, former BuzzFeed employee Adam Ellis shared his paranormal goings-on with the internet. Ellis explained his apartment was being haunted by a young, homicidal boy with a dented head, and proceeded to detail the account in a Twitter thread, (which you can read compiled here.) The story involves sleep paralysis, a green rocking chair moving seemingly on its own, horrible nightmares centered around the young boy (David) and much more over the course of Ellis documenting the strange activity.

So, my apartment is currently being haunted by the ghost of a dead child and he's trying to kill me. (thread)

When Ellis brought an instant camera home in mid-August, the film developed completely black. This was on the heels of strange events that quickly began to pile up. 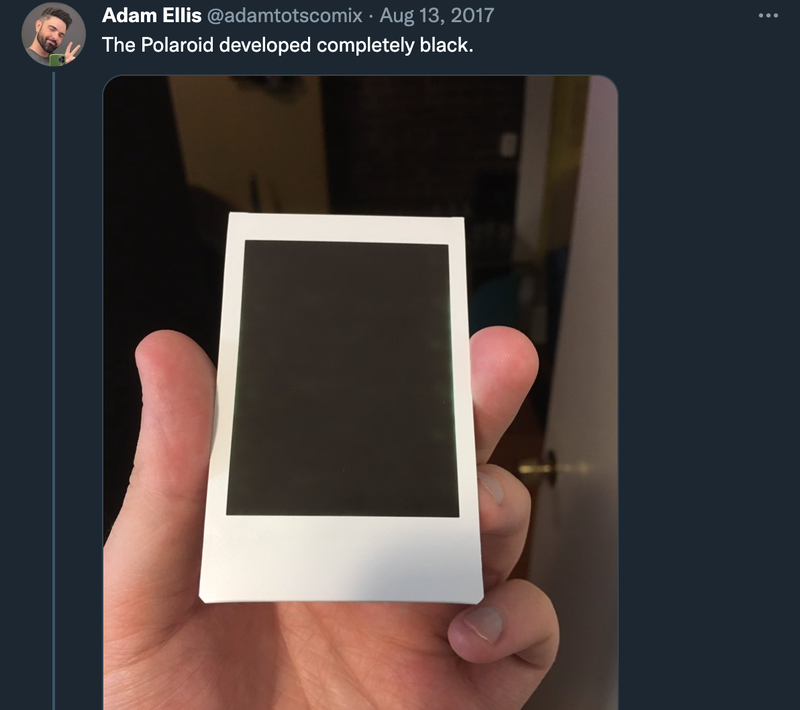 As Ellis shared his experiences, the Twitterverse answered the call, offering up solutions like burning sage to cleanse the space, advice which Ellis heeded, but to no avail. He further reported strange occurrences like static electricity sounds in the middle of the night as he recorded himself sleeping, the whole apartment shaking with the force of a small earthquake, and the continuation of terrible nightmares.

Folks have been urging me to get some sage, so did. pic.twitter.com/NfUL9Z0Xxf

Nightmares of the boy dragging Ellis through a warehouse, led to waking up to find actual bruises left on his skin.

It was a creepy dream, but I didn't think much of it when I woke up. I took a shower, and then I noticed something.

The journey eventually led Ellis to a physical abandoned warehouse, strange phone calls, Japan, unsettling nanny cam footage, weird items stashed in a crawlspace, and this is only a small fraction of it. The first-hand account spans months. One can't help but wonder what sort of things we might have read if Twitter had existed during some of history's most notorious hauntings— a Twitter thread from a member of the Perron family perhaps, or maybe a social media account belonging to a sibling of someone possibly in need of an exorcism?

According to Deadline, the Dear David adaptation will be directed by John McPhail (Anna and the Apocalypse) with screenplay by Mike Van Waes. This marks the third production from Lionsgate and BuzzFeed. The movie will likely hit the big screen next year, you can read Ellis' full account here.