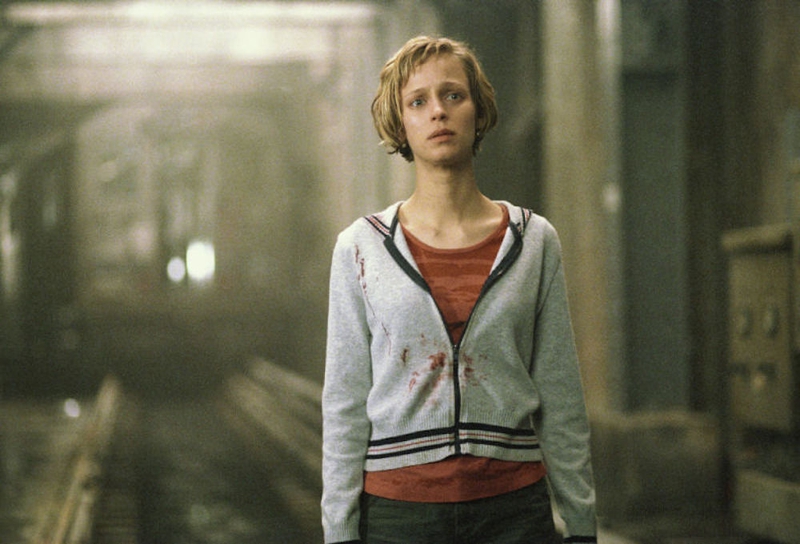 Editor's Note: This was originally published for FANGORIA on November 27, 2002, and we're proud to share it as part of The Gingold Files.

It’s probably a coincidence that two films dealing with the subject of childhood night terrors coming to physical life—Dimension’s new They and Columbia/Revolution’s January release Darkness Falls—are coming out within two months of each other. And it’s a sign of the times that both were supposed to come out earlier than they are, but got held up due to postproduction tinkering. Darkness was delayed while the producers added a more explicit monster to the mix; the doctoring on They is harder to spot, the strongest hint being a credit for Rick (Hellraiser: Hellseeker) Bota as “director of supplemental footage.”

More evident are the alterations done on the script, which is credited to Brendan William Hood but was reportedly reworked by a few uncredited hands. The result is a movie that’s lucky to have a central idea as strong as this one does, and a director like Robert Harmon—returning to the genre 16 years after The Hitcher—at (most of) the helm. His handling of atmosphere carries the movie over any number of plot holes and loose story threads, on the way to an ending that thankfully doesn’t take the easy way out. (Too bad Dimension has seen fit to give it away in one of the TV spots.) But the movie leaves one with the feeling that a more complex project has been distilled down to one with only a sole idea: Those night terrors were inspired by real creatures, and they’re coming back to get ya!

More specifically, they’re coming back to get Julia (Laura Regan, who will also—hopefully—soon be seen in My Little Eye), a young woman living in a city that doesn’t appear to get much sun. A psychology student (dropped plot thread #1), she is contacted by an old pal who is now a clearly disturbed young man (Jon Abrahams), claiming that something or somethings are after him. He kills himself in front of her before “they” can dispatch him, which leads Julia to Sam (Ethan Embry) and Terry (Dagmara Dominczyk)—Sam-a-Terry?—a young couple who also suspect their old fears are returning. It’s not long before Julia discovers that the terrors aren’t psychological—demons are lurking in the dark, marking their targets with strange sticklike objects under the skin (dropped plot thread #2).

Although Rene Ohashi’s photography is drab as often as it is moody, Harmon succeeds in evoking true unease in individual scenes. As a horror director, he likes spareness, and though the dank, claustrophobic settings of They are worlds apart from The Hitcher’s wide open spaces, the approach is the same: to strand his protagonists in environments where no one is around to help them and they are hunted by enemies that can appear out of nowhere—and anywhere. Harmon is also sparing with the monster FX, making good use of Patrick Tatopoulos’ creepy monster creations and keeping them effectively scuttling around the shadows for most of the film. And as noted above, the ending thankfully doesn’t compromise, or subvert what has gone before it in the interest of a tidy wrapup.

As often as not, though, the movie is tripped up by thinly conceived characters and generic situations. Particularly distracting are Julia’s drippy boyfriend Paul (Buffy the Vampire Slayer’s Marc Blucas, channeling the supportiveness of his Riley character from that show, but without the spine), and the fact that Terry, even though she knows something threatening waits in the shadows, seems to go out of her way to spend time in the darkest environments possible.

They gets points for being a serious attempt at chills in an era when a humorous touch is often the norm; it doesn’t appear to pander (too much) to prevailing commercial genre tastes. Yet it still feels hamstrung by the desire of someone behind the scenes to keep it from veering into areas that are too adventurous or complicated. Overall, Nightmare on Elm Street remains the gold standard of the nocturnal-terrors-come-true subgenre—which is no doubt why Wes Craven, who otherwise has no connection to They, was roped in for a “presentation” credit.