Can your heart stand the ghastly truth of... "Home"? 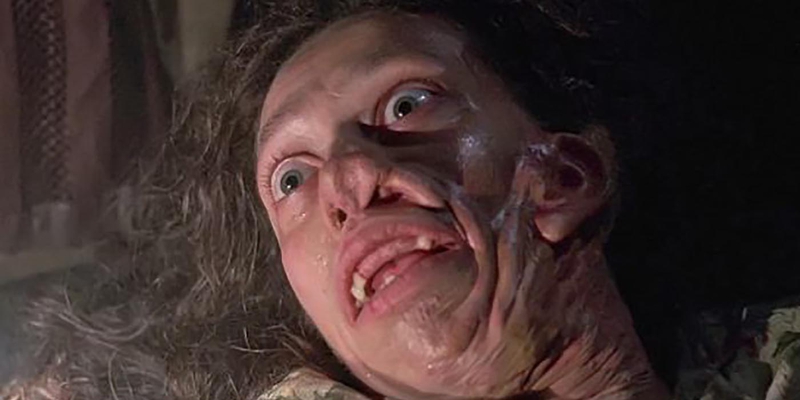 Can you believe that The X-Files never had an official Halloween episode? That is to say, there was never an episode that explicitly took place during the spooky season. In 218 episodes filled with monsters, aliens, and zombies, there is not a single jack-o'-lantern to be seen. They even produced a holiday episode about ghosts haunting an old dark house... at Christmas! Now, it is certainly unusual for a show of this nature to completely omit Halloween, but there is still an episode that can be described as a "Halloween special" of sorts. Originally aired in October of 1996, this particular episode ditches sci-fi suspense in favor of Tobe Hooper-esque mayhem. Shocking! Gruesome! Horrifying! It scared viewers so badly it was banned and never aired on Fox again. Well, save for a special broadcast on Halloween 1999. An ad for the airing had the following warning: "Only on Halloween would we dare an episode so controversial, it's been banned from television for three years." Some have called it sick, others have called it brilliant. No other episode of The X-Files was so grisly as to warrant a TV-MA rating. Can your heart stand the ghastly truth of... "Home"? 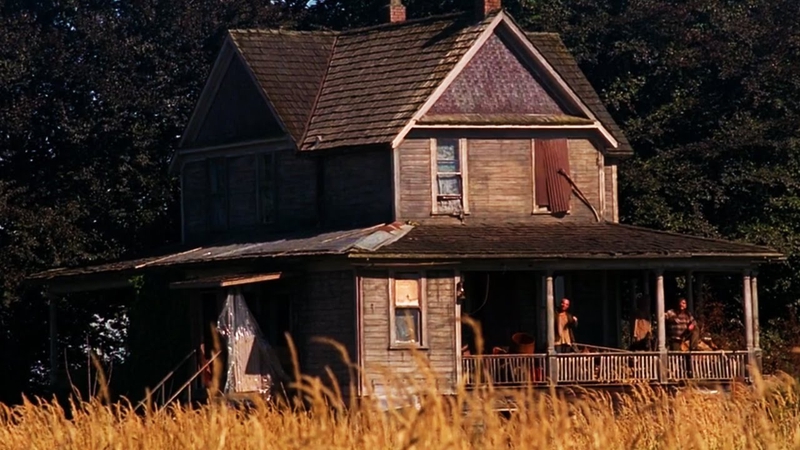 The X-Files can accurately be described as a sci-fi horror series, so it takes a special kind of morbidity to elicit the reaction "Home" got. Glen Morgan and James Wong, the acclaimed writing team who worked on the first two seasons, had just returned to The X-Files after the cancellation of their show, Space: Above and Beyond. Outside of the title being a metaphor for their return, the pair hadn't meant for "Home" to be anything other than a classic monster-of-the-week episode. "We were trying to make a terrifying show," James Wong said in an interview with The New Yorker. "We didn't think we were pushing the envelope of taste in the way people seem to ascribe to us." Morgan and Wong had previously written episodes about a mutant liver-eater, a demonic substitute teacher, and digital appliances ordering people to kill. They were no strangers to horror, yet "Home" was disturbing even by their twisted standards.

Perhaps that had to do with the fact that there were no overtly fantastical elements in the script. Even the darkest episodes of The X-Files are usually tempered by some make-believe creature, but "Home" was too close to... well, home. In the small town of Home, Pennsylvania, Mulder and Scully (the monster-chasing FBI agents who headline the series) investigate the strange discovery of a deformed baby's corpse. Their search leads them to the Peacocks, a family of inbred farmers who will go to any extreme to maintain their "cozy" little life. The agents eventually face Mrs. Peacock (played to putrid perfection by Karin Konoval), the limbless matriarch living beneath a mattress. She had been breeding with her sons for years, resulting in a clan of hideous murderers. At the end of the episode, Mrs. Peacock escapes with her eldest son, planning to start a new family. Even in that vague plot outline, you get a sense of the episode's overwhelming depravity. Most X-Files are akin to a '50s sci-fi picture, but this is a '70s exploitation shock-fest dolled up for television. And like so many of those grindhouse pictures, the most disturbing aspect of "Home" is that the story has its basis in real life. 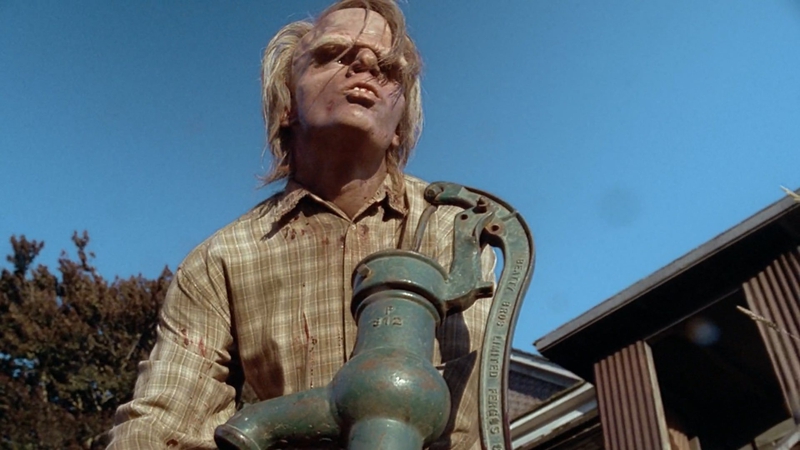 "Home" was primarily inspired by two factual occurrences, the first being the peculiar case of the Ward family, as documented in the 1992 film, My Brother's Keeper. The Wards were four elderly, semi-literate brothers who lived in a dilapidated farmhouse in rural New York. Delbert (the youngest brother) was accused of murdering William (the second oldest). Many lurid theories were thrown around during the investigation, including the idea that William died from an incestuous relationship with Delbert. The other primary source of inspiration came from that master of the macabre, Charlie Chaplin. (Yes, really.) In his autobiography, Chaplin described an incident during which he stayed at a miner's home in Wales. After dinner, the famed funnyman was introduced to Gilbert, described by Chaplin as "a half man with no legs, an oversize blond flat-shaped head, a sickening white face, a sunken nose, [and] a large mouth." Both cases were amalgamated into the script for "Home" and given a Texas Chain Saw makeover.

Another notable aspect of "Home" is its juxtaposition of intense violence with classic symbols of Americana. A corpse is found in a baseball field, grotesque killers drive away in a white Cadillac, and The Andy Griffith Show is referenced in a perverse fashion. In one distressing sequence, a man and his wife are brutally murdered to the sound of "Wonderful, Wonderful!" by Johnny Mathis. After reading the screenplay, Mathis was so appalled that he refused to allow his version of the song to be used in the episode. Director Kim Manners desperately wanted to use the tune because "certain songs [like 'Wonderful! Wonderful!'] have a creepy, icky quality that none of us have really openly acknowledged." How did Manners get his wish? A cover version was recorded with a Mathis sound-alike. I watched "Home" with my father once, and he was just as offended by the use of the song as Mathis was. With all due respect to Dad, his outrage confirmed just how dang incredible that decision was! In fact, one might even say it was wonderful, wonderful! 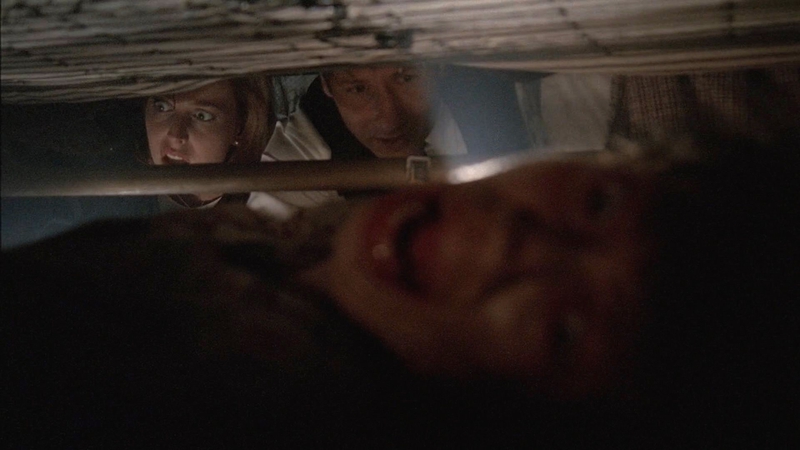 While it would receive the eventual ban, "Home" was a home run for The X-Files. During its initial airing, 18.85 million viewers tuned in. It received mostly positive reviews from critics and X-philes, but even they had to admit that it was gruesome stuff. Reportedly, actor Tucker Smallwood (one of the "Wonderful' Wonderful!" victims) asked a crew member if this sort of material was common for the show. Allegedly, the crew member said, "This is awful even for us." On that note, "Home" opens with a screaming baby being buried during a storm. After the scene was submitted to the censors, Fox executives asked Ten Thirteen Productions (the company behind X-Files) to alter the audio so the baby would sound sick. The child was portrayed as diseased so that the Peacocks were not simply killing an innocent child. (Apparently, the reputation of these ghouls was a concern.) For some odd reason, "Home" was the only episode of The X-Files to carry a TV-MA rating and the first to receive a viewer discretion warning for graphic content. Despite its popularity, the episode was not repeated, the only instance of that happening in the series' history.

Believe it or not, "Home" almost had a sequel. On a 2016 episode of Kumail Nanjiani's podcast The X-Files Files, Glen Morgan revealed that the Peacocks nearly reappeared on Millennium, a sister series to The X-Files. According to Morgan, Millennium ratings were so low that an episode involving the Peacock family was proposed to draw in new viewers. Since "Home" was highly-rated and popular, Morgan believed that his ghoul family would boost ratings. Morgan and his crew cleared the idea with Peter Roth (then-head of FOX TV) and Karin Konoval. Unfortunately, Roth eventually said that "News Corp, FOX, and lobbyists in Washington somehow got wind [of the idea] and said, 'Those characters never appear on television again.'" Some monsters are just too ghastly for an encore.

Of all the creepy episodes produced for The X-Files, why is "Home" the designated Halloween special? Well, it is one of the few episodes in which horror doesn't have to share the spotlight. This is not sci-fi, fantasy, or comedy horror; this is horror with an exclamation point. No other episode is so entirely devoted to scaring its audience. Heck, it even beat Saw to the punch with its horrible death traps. What it lacks in pumpkins and candy, it makes up for with mutants and decapitations. If you have never seen an episode of The X-Files, this is the perfect episode to start with if you prefer human monsters to aliens. But keep in mind that this is strong stuff for a network television show. To avoid fainting, keep repeating: "It's only a show, only a show, only a show..."