Wherein the VelociPastor goes to Italy. 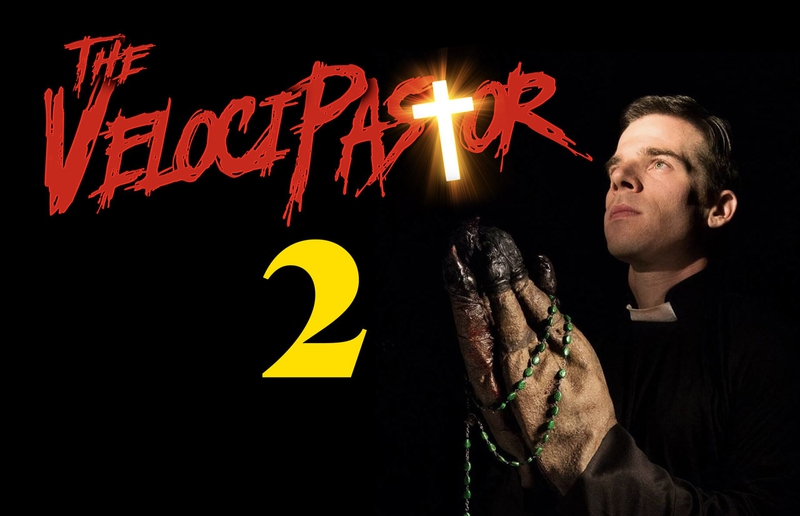 The VelociPastor is back, and this time we're headed to Milan... where curses are real. Or so says the teaser trailer. There's a sex maniac killer on the loose in this Italian port town. What's the VelociPastor getting up to this time around, with the Italian coast as a backdrop? Well, the official synopsis is, “Doug and Carol travel to the port city of Milan, where they have to solve a series of murders committed by a masked slasher at an Italian Fertility Festival. And Soviet Spies. INTERPOL’s there, too.”

Let's back it up for a sec for the uninitiated (unannointed?) The VelociPastor is a very real movie about a priest who inherits a mysterious ability that allows him to turn into a dinosaur. And the gang is now bringing us The VelociPastor 2.

After a successful international festival run, the 2017 comedy feature The VelociPastor was released on home video and streaming services in August 2019. The original was made in the style of a 70’s horror/martial arts/exploitation film. The second installment in The VelociPastor franchise joins our heroes as they venture to Italy, in a film that takes inspiration from giallo films, folk horror, and Cold War Spy thrillers, this time set in the '80s.

The VelociPastor team is getting back together and adding some new faces to the mix.  With a promise of returning characters fans of the original will remember and new ones to fall in love with. The dudes behind the dino say, "This isn't just VelociPastor again... it's MORE! We want this film to be our Evil Dead 2 to our Evil Dead. If you're a newcomer who only maybe saw the memes, that's totally fine. This will also be a great jumping-in point while still making sure we have all the right winks for you hardcore fans!"

The VelociPastor running around Italy lends itself to loads of fun set pieces. The VelociPastor on a Vespa, eating pasta (VelociPasta?), enjoying some fine wine and battling spies for starters. Alright, whether you're initiated into the world of The VelociPastor or a newcomer, take a look at the teaser trailer and official poster below. 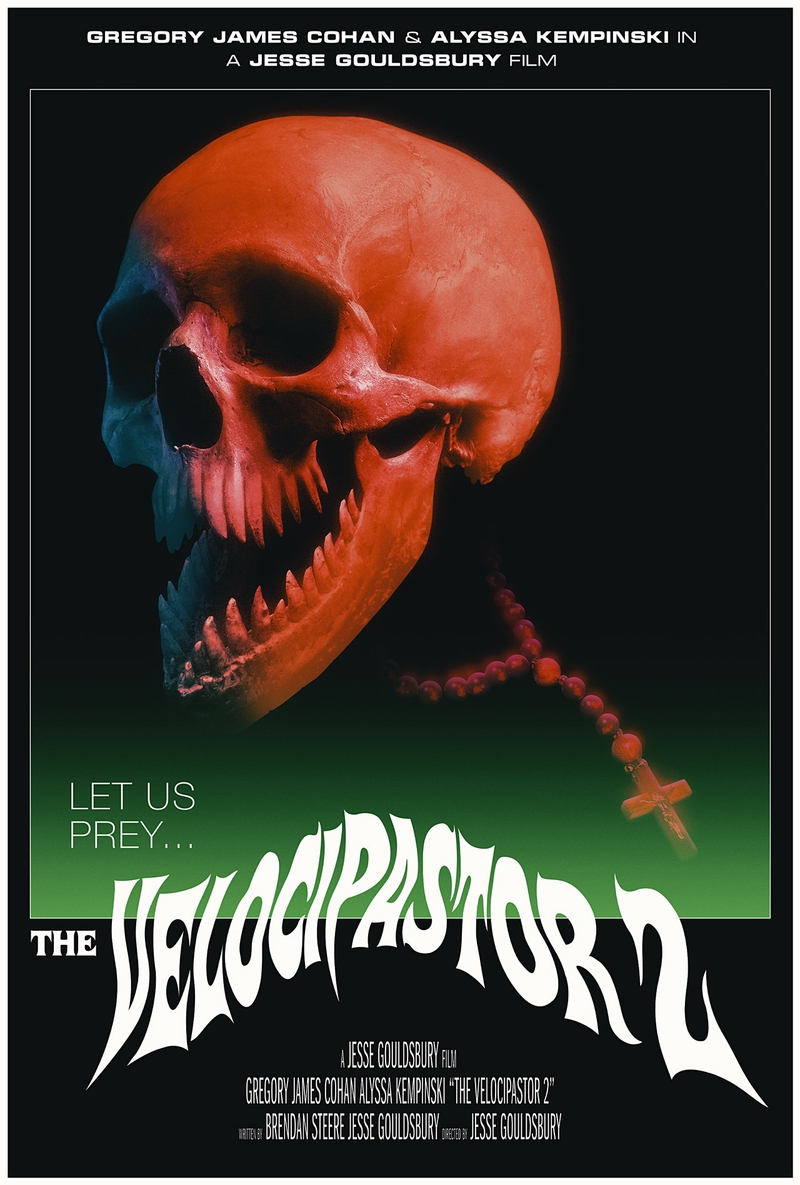