A Walk Through “THE SILENT HOUSE” With Director Gustavo Hernández 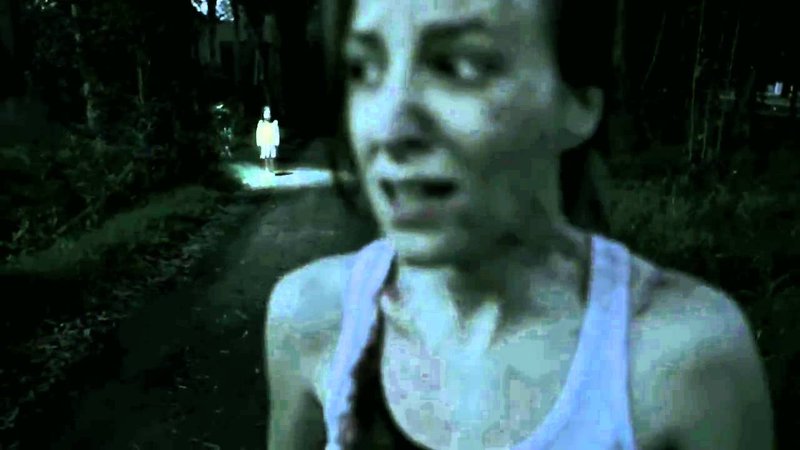 Editor's Note: This was originally published for FANGORIA on May 11, 2011, and we're proud to share it as part of The Gingold Files.

The Silent House (La Casa Muda) presents, as the ads put it, “real fear in real time”—i.e., its horrific events are presented in one unbroken take. It was a daring approach for Uruguyan first-time writer/director Gustavo Hernández, who discussed its details with Fango.

Based on a real-life case from several decades ago, The Silent House attracted enough attention even before its commercial U.S. debut to get the English-language remake treatment (by the Open Water team of Chris Kentis and Laura Lau, starring Elizabeth Olsen). Hernández’s movie follows a young woman named Laura (Florencia Colucci) and her father Nestor (Abel Tripaldi) into the titular abode, which they plan to clean up in preparation for its impending sale—but someone or something inside wants to make sure they don’t exit alive…

What was the true case that inspired the film?

In the 1940s, in a small town outside of the city, two mutilated bodies and a number of disturbing photographs were found. We reconstructed the last 80 minutes before those murders.

How closely does the film’s storyline stick to that case?

Fairly close, according to the information that we found in the chronicles of the period. While this event gave us the inspiration to create the film, however, as with any fiction, it required certain artistic freedom to make the story more workable.

What inspired the decision to present all the action in one take?

I was looking for a way for the audience to live the emotions, the fears and the sensations of the characters in the first person without the manipulation of time or space. I wanted to make what happened on the screen more realistic, and for people to fully identify with it.

How long did it take to get it all on camera?

We filmed for five days to achieve the final result, but obviously the preparation prior to that realization was very detailed, in order to achieve our objectives.

What were the most challenging parts of that shoot?

There was nothing easy on this movie, even though it looks visually simple. Every day had its critical moments, and every day we had to start all over. Every attempt was harder than the previous one!

Were any visual FX involved?

The effects are almost non-existent. We tried to remain faithful to the original idea we had when we first took on the project, trying to find a natural fluidity to the visual approach.

How did you find the house you used, and how long did it take to set it up for the movie?

We had been looking for the ideal location for two months, and found it outside the city. When we entered the house for the first time, we were shocked, because it looked like it had been frozen in time, with a lot of spiderwebs and incredible objects. The art director was surprised, because it had a lot of the aesthetics we had considered when brainstorming ideas, and this made our work much easier.

How were the actors cast?

We put out a wide casting call, and over a few months we selected the actors and worked with them, searching for their individual sensitivities. We are very satisfied with our final selection and their work in the movie.

How much rehearsal was done, both before you started on the location and at the actual house?

That took us a few months; we worked on every phase and concentrated a lot on rehearsals with the actors, and choreographing their actions with the rest of the crew.

The Silent House was shot with a handheld camera; did you ever consider using a Steadicam instead?

No, never. I always wanted the camera to maintain a human pulse, in order to convey more intense and familiar emotions. I never wanted a smooth or streamlined style for this story.

How many crewmembers were involved, and how did they work around the long takes?

During the takes there were only the actors and four other people: The cinematographer [Pedro Luque], the sound engineer, an assistant and myself. Our footsteps were always present in the filming because it was impossible to maintain silence for so long; therefore, during the sound postproduction, we had a lot of work eliminating our own noises.

How much of the lighting came from the lamps and other sources seen on screen, and how much was hidden?

The cinematographer worked with minimal light—only the lamps, a lantern that was placed outside a window and minimal fill-in lights in the rooms. We had a very limited set of lights, and we took maximum advantage of them.

In a number of scenes, the characters are seen reflected in mirrors. Given the way the movie was shot, was it difficult getting the placement of those just right—and not having the camera and crew show up in the mirrors?

There were many rehearsals with the positioning of the mirrors, and it was very difficult working with them to make them functional. But we’re happy with the results, because they convey a series of key emotions in delicate moments, and gave us variety in the frames.

One moment in the middle of a long take has a bunch of birds suddenly flying out of a hiding place. Was it especially difficult setting up and shooting this gag?

Very! We had to start all over many times, because the birds did not want to fly. We had a large quantity of them, to allow for more possibilities of one bird spreading its wings and flying close to the camera. It was a very difficult part of the filming.

Toward the end of The Silent House, the point of view changes from objective to that of one specific character. Why did you decide to make that switch?

I wanted to have a different viewpoint because dramatically, the movie turns in a different direction at that point, and I needed to tell the story from that place.

The surprise revelation in the film’s last act has gotten widely varying responses. Was there a lot of discussion about it before or during shooting?

I personally like the twist a lot, and we did have many discussions about that final stretch of the story. In general, the movie represented a very big risk, and we thought it would also be good to take a chance in telling a story with a radical twist at the end, and not fall into a predictable outcome.

Another key scene only runs after the end credits are over. Why did you decide to place it there?

I chose to add that sequence after the credits to illustrate and enrich, even more, the feelings and characteristics of the character involved. It doesn’t justify that person’s past actions, but it gives the audience more information and expresses a dreamlike release necessary for that character at that point.

Were you involved at all in the U.S. remake, and if not, have you seen it?

I was not involved and I haven’t seen it either, but we are looking forward to discovering a new vision of our work.