The Reason For The Season: Religion Vs. Santa In SILENT NIGHT, DEADLY NIGHT

Punish! It's more than a killer Santa slasher. 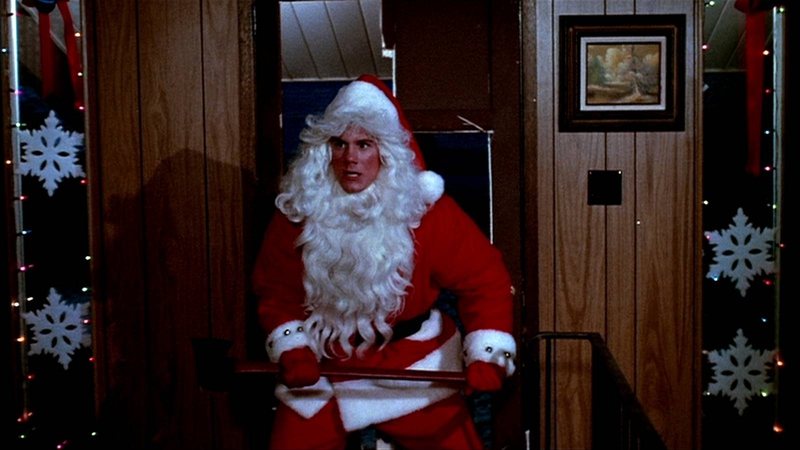 The holidays are approaching at an alarming rate. A very alarming rate. While everyone decks their halls and warms their cocoa, people tend to cozy up by the fireside, and if they're anything like me, they tend to throw on a movie for those cold winter nights. There's no shortage of holiday movies to revisit this season, (hell there's no shortage of holiday horror movies). One of the most popular in the realm is Silent Night, Deadly Night. Released in 1984, the film was controversial from the get-go, it was even yanked from theaters a mere six days after release cementing its place in horror movie history. While most see the movie as a straightforward slasher film with a demented killer in a Santa Claus suit, I always found it to have more complex themes and ideas beneath the surface. So let's dive into Santa's bag of goodies and offload some of it because there is a lot to unpack here.

I think Silent Night, Deadly Night presents to the viewer the age-old struggle of "Religion vs. Santa" that the Catholic church brings up every advent season. For the uninitiated: Churches often propose the idea that the real focus of the season should be the belief in the birth of Jesus Christ. Generally, in the church, the idea of Santa Claus or gift-giving is semi-frowned upon as it is believed that the commercialization of the Christmas holiday season is a distraction from the "true meaning of Christmas." The film's director Charles Sellier Jr. (creator of Grizzly Adams, random I know) was born and raised Catholic, so it's not an absolute long shot to assume that these ideas intentionally made it into the movie. The film also tackles themes of how unresolved trauma left unprocessed and untreated can be very dangerous.

The film opens in 1971, with eight-year-old Billy Chapman visiting his grandfather with his family at his nursing home. From here, we're presented with one of the most infamous scenes of the movie: Billy is left alone with his catatonic grandfather, who suddenly wakes up from his living coma and starts spouting all sorts of anti-Claus messaging. Warning Billy that he should indeed fear the jolly, fat, Coca-Cola spokesperson rather than expect him to deliver joy for Christmas. He instills in Billy that Santa Claus is a bringer of punishment rather than a spreader of holiday cheer. This sends Billy into a spiral of fear and demonizes the idea of Santa Claus, one of the main pillars of the holiday season, so already the waters are shaky in Billy's mind. 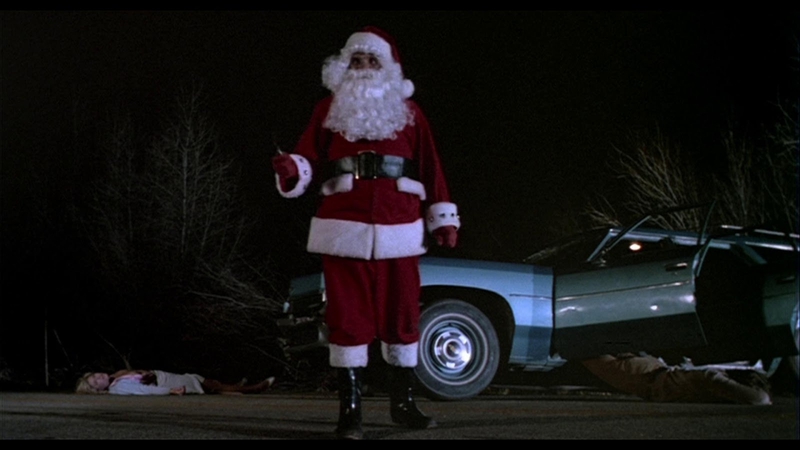 On the way home, Billy and his family encounter a Santa on the side of the road with a broken-down car, unbeknownst to them, this Santa is actually a liquor store robber with murderous tendencies. While most encounters with Santa are meant to be a moment of joy in a kid's life, this one is painted in the bleakest way possible. The Santa proceeds to murder Billy's father and viciously assaults his mother as Billy runs away into the nearby woods, leaving his baby brother Ricky in the car crying into the night. Pretty traumatic (maybe Billy's grandfather was some sort of Anti-Santa prophet).

Billy and his brother are then sent to live in the local Catholic orphanage where the real god-fearing anti-Santa shenanigans kick in. Mother Superior runs the place, and boy does she rule with an iron fist. She thinks the children have lost sight of the true meaning of Christmas and that punishment will bring them back down to where they need to be. Traditionally in the Christmas season, Catholics celebrate Advent. Advent is a 40-day period of anticipation, meditation, and the celebration of the birth of Jesus Christ. While they do allow modern celebration of the holiday in Catholicism, the season features no commercial imagery or ideals. Being raised in this environment, Billy has absorbed these ideals and quite possibly grown a more deep and sinister hatred for the holiday season and the imagery of Santa Claus. This also proves to be a traumatic environment for him as he is regularly punished for not following the rules or simply for not being in the right place at the right time. It's instilled that he strays further from God with every bad deed he partakes in and has a constant fear that Santa will appear to "punish" him, as his grandfather said. This all reaches a boiling point when a man dressed as Santa surprises the children at the orphanage, and Billy reacts in a violent manner that culminates in him punching the man in the face.

We flash forward ten years, and Billy has grown into a full-sized man. Still bothered by the general Christmas season, the nuns at his orphanage have gotten him a job at the local department store. Resilient Billy finds the strength to work through the season, even managing to fit in for the first time in his life, and even develops romantic feelings for a co-worker. On Christmas Eve, the store's Santa calls out with an injury, leaving the store Santa-less. Looking at his physique, the store manager decides to make Billy the last-minute replacement. Big mistake. Billy has an easy time performing as jolly ol' St. Nick. He's constantly reminded of that night many years ago that took the life of his parents. When he walks in on a violent assault of the co-worker whom he has a crush on, he snaps into a violent rage, kills them both, and begins muttering to himself that punishment is good. 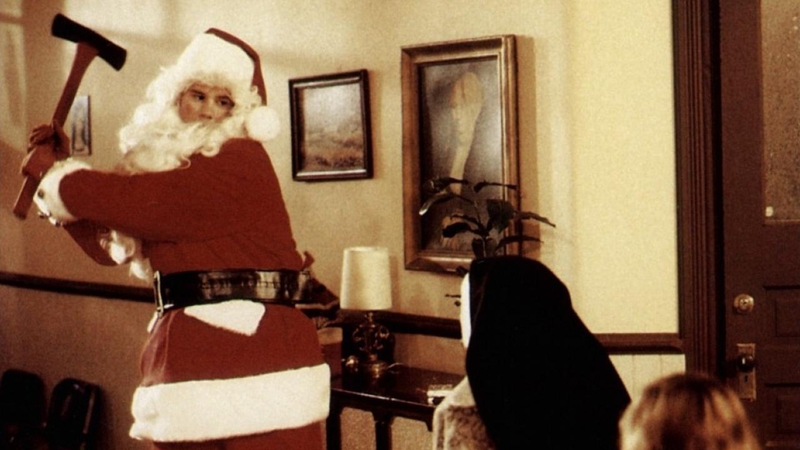 Over the course of the night, we follow Billy's murderous rampage of "punishment" (seriously, if you haven't seen this movie yet, go watch it). This ultimately culminates in a final act that sees Billy return to the orphanage with one goal: to "punish" Mother Superior. This is a pretty loaded scene, folks. Billy is confronting some traumas, but it runs much deeper. This is quite literally a scene depicting the eternal battle between religious and commercial ideologies fighting over the control for power over the holiday. In the end, the film's depiction of religion comes out on top as Billy is gunned down by law enforcement. In his dying breath, Billy mutters to the children, "You're safe now. Santa Claus is gone". Just as this happens, Billy's younger brother Ricky stands up and utters a single word to Mother Superior, "Naughty." The cycle of violence brought about by trauma begins again (you bet there's a sequel, and it's one of the most gloriously awful/amazing things I've ever seen).

With the recent news of a Silent Night, Deadly Night reboot in production, one can hope that they use the opportunity to explore some interesting themes and possibly even give the source material a bit more depth. This slasher is close to me, and whatever the result of the remake is, at the very least, it'll give us another entertaining killer Santa movie.