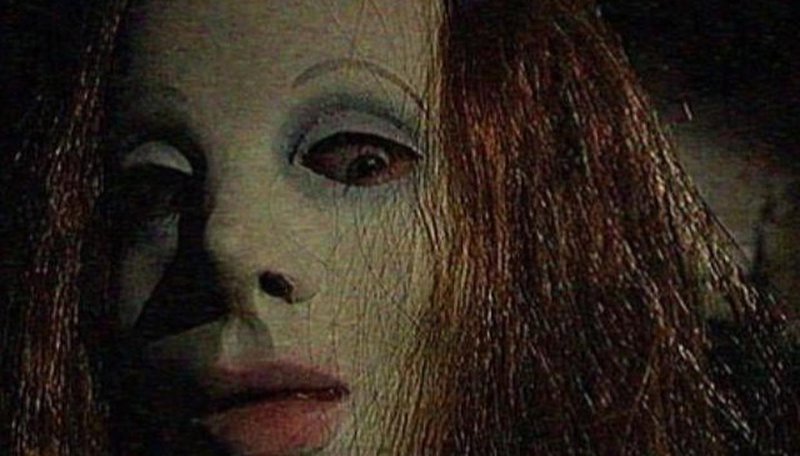 Editor's Note: This was originally published for FANGORIA on May 4, 2007, and we're proud to share it as part of The Gingold Files.

I’m gonna start by venturing into some potentially contentious territory here, so please bear with me. When the self-videotaped rants of Virginia Tech killer Cho Seung-Hui were broadcast on television last month, many objected, claiming it to be a glorification of the maniac and his acts, and unnecessarily upsetting to a wounded nation in general and the victims’ loved ones in particular. Yet there was also a potentially therapeutic purpose to airing Cho’s expressions of his diseased mindset; when such an unthinkably tragic act of violence occurs, the opportunity to find out what made the culprit tick can serve to make his actions less incomprehensible, and more reconcilable with reality; a down-to-earth human monster can be easier to deal with than one who seems an inhuman force of evil. That’s one reason documentaries on serial killers continue to draw viewers—on a certain level, ascribing these malefactors concrete psychological motivations offers a certain level of comfort, taking away their mystery in a manner that makes them easier to deal with.

No such rationalizations can be gleaned from The Poughkeepsie Tapes, a mock documentary about one very sadistic kidnapper/murderer in which his actions are discussed and dramatized for 86 minutes, but never explained. We see what he does and are told how he does it, through both on-camera interviews with people ostensibly involved in his case and snippets from the titular videos, which the killer supposedly shot himself and which were discovered when the authorities raided his house. But we’re never given insight into the reasons why he brutalized and slew his victims, which lends the movie a harsh level of uneasy tension even as it ultimately makes the experience of watching it dramatically unsatisfying.

Writer/director John Erick Dowdle first alludes to the breadth of the never-named villain’s mayhem by having one officer of the law show us just how large the collection of recovered tapes is. Adding extra punch, we’re informed that a sizable percentage of them are devoted to one victim: Cheryl Dempsey, a 19-year-old abducted from her home, kept captive for years and subjected to agonizing physical and psychological abuse. Over that period, countless other people, from little girls to innocent young couples to prostitutes, became part of the body count, their fates captured for posterity through the lens of the camcorder the killer always carried with him. All the while, he continued to change his m.o., from body-disposing techniques to the people he chose as victims, so that profiling and thus capturing him proved impossible.

Dowdle, of course, is far from the first filmmaker to apply a literal or figurative subjective camera to a serial-slayer storyline, and The Poughkeepsie Tapes carries echoes of everything from Man Bites Dog to Halloween (one lengthy sequence is a direct homage to the opening of John Carpenter’s classic). Visually, the filmmaker keeps the movie from being a gratuitous exercise in vérité grunge, sprinkling the rough, degraded images from the tapes among “interview” footage that’s clean, slick and colorful. Both the documentary stylings of the filmmaking and the naturalistic performances are persuasive, and the excerpts from the killer’s cassettes, particularly those devoted to Cheryl’s extreme mistreatment, are properly upsetting and horrifying.

What’s missing is a sense that the mockumentary approach is being used to say something fresh about serial killers or, indeed, the tropes of non-fiction filmmaking itself. Both the “recovered” images and the on-camera testimony are relentlessly directed toward a solitary goal—demonstrating just how frightening and unstoppable its subject is—to the exclusion of observations about what might have driven his bloodlust. Not that a horror film necessarily needs a rationalization for its monster’s behavior—Halloween’s Michael Myers, for example, was scariest when he was simply evil personified, and for a while one can share in the terror that the “Water Street Butcher” engendered in both his victims and the general populace. But in adopting the characteristics of a genre devoted to revealing truths, the lack of such revelations in Poughkeepsie Tapes ultimately becomes frustrating. Nor is there a protagonist on the side of right given enough screen time to provide a focal point for audience identification; even poor Cheryl, one brief moment excepted, is seen wholly from the remorseless point of view of her abductor’s camera. And given that the murderer is something of a documentarian himself, Dowdle misses a chance to examine or comment on the relationship between the commission of horrible acts, their preservation via video technology and what it means to the various parties to view them after the fact.

The result is an objective, rather than subjective, viewing experience that’s sporadically chilling yet overall emotionally cold. If it were a real documentary, it could be taken to task for not digging beneath the surface of its subjects and situations, and the same criticism, I believe, applies to it as a fiction film as well. As much as The Poughkeepsie Tapes can leave you unsettled, and admiring the craft that went into its making, it can also leave you questioning: What’s the point?