The Malingering Legacy Of MEATSLEEP

How one of the internet's most notorious cult horror series told us more about ourselves than we wanted to know. 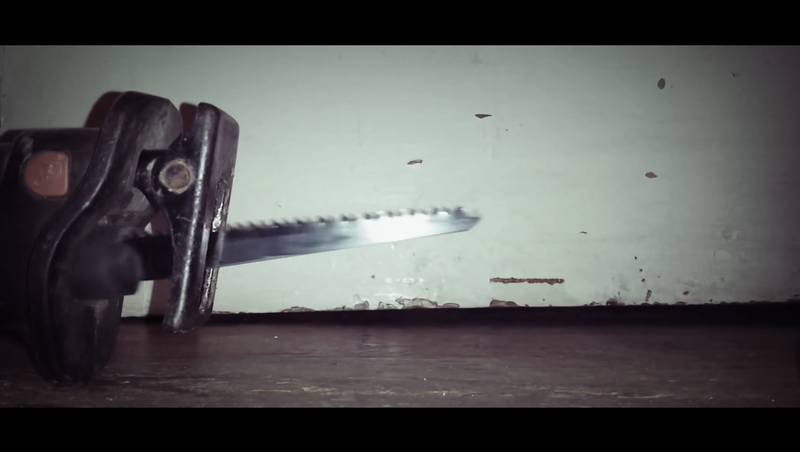 The statement is accompanied by a continuous, atonal sound that lets you know this statement implies a horrid turn of events. The warbling groan set atop flickering images of basement grime, stone walls, fraying rope, bleach, and human hair tangled around a dirty toothbrush. "I gave you a secret place. Just for you. A place to clean your disgusting body…You are ungrateful. You live here."

My first thought after watching the 52-second "‡i‡n⁜g‡r‡a‡t‡e‡" (simplified: "Ingrate") a few years ago, if I recall correctly, was something along the lines of "What in the actual fuck?" And then, naturally, "I need to see and know more." 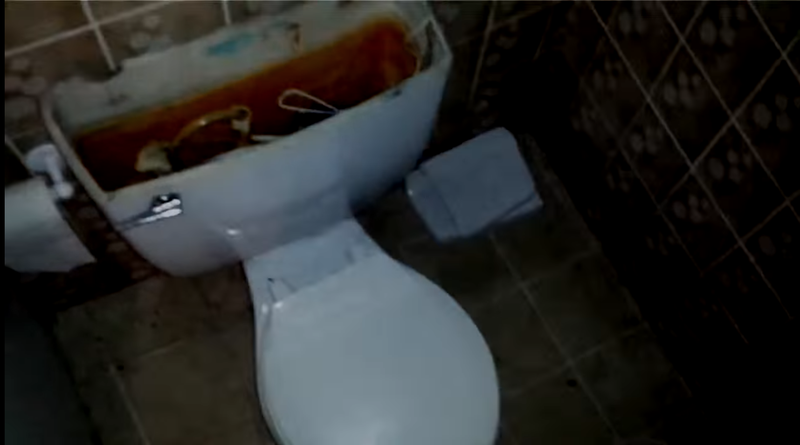 Frenetic shots of dusty jawbones. Pulled teeth. An uninterrupted, two-minute surveillance clip of someone wading alone in a river. These and other similarly upsetting clips uploaded by the YouTube user, "Meat," during their almost two-year online tenure. It doesn't matter which of Meat's approximately 92 confirmed videos one finds first. Context doesn't really matter either, nor does background or explanation. What matters is how Meatsleep, as the collection is called, makes you feel — and generally speaking, that feeling falls within variations of "dirty," "unmoored," "tense," and "terrified as all hell."

Meatsleep. The combination of words is enough to trigger logomisia, as are its associated aliases, Newskin, and its anagram, SewnKin. Simultaneously nonsensical and unsettling, Meatsleep is oddly a perfect moniker for the project and its effects on viewers. 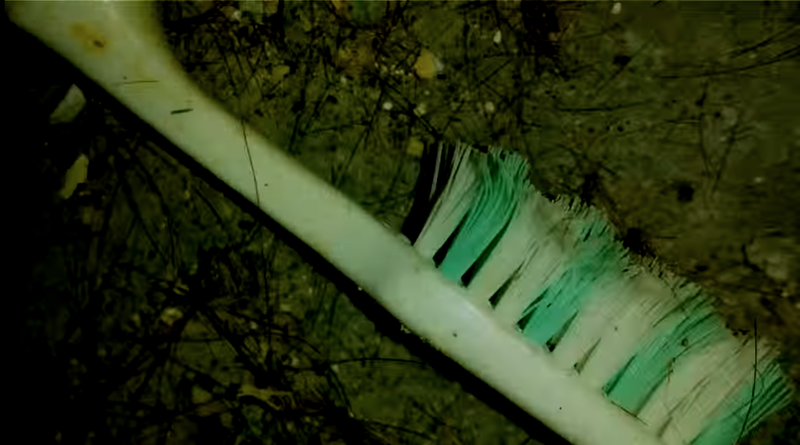 There are no satisfying answers to Meatsleep's video collections, no succinct explanations to the urban legends it spawned. Someone started uploading the videos online without any warning, and then quit just as abruptly. There's also no detectible plot to the collection, just general motifs of kidnapping, murder, abuse, and, occasionally, a dash of cannibalism. But the minutiae of clues and allusions scattered through the videos was enough to spawn an obsessive community of fans, internet sleuths, and copycats. That is nothing new in and of itself — people post oddball videos on message boards and YouTube every day, hoping for a chance at virality. But Meat's lingering cult following, along with the unfortunate reason for its premature end and more recent tragedies, say more about the internet's darkness than most could anticipate.

Here's what we do know: In March 2014, "Meat" uploaded their first videos to YouTube and /x/ — 4chan's message board for all things paranormal, supernatural, and spooky. As with previous projects like the Marble Hornets ARG, people soon began dedicating entire threads to dissecting individual film frames and proposing theories for the chilling clips. Meat sometimes also removed or privatized uploads soon after posting them, lending a frantic air to the experience. Some had discernible hidden messages and clues, others had nothing of the sort. Depending on who you asked, Meat's identity could be explained as hoaxers, bored art students, or, of course, an actual deranged serial killer whose clues must be decoded in time to prevent the next grizzly murder.

Over time, the videos became so off-putting to some (particularly a video titled "Walk in the Park," showing what appears to be a real, fatal crime scene) that armchair detectives needed to pin a culprit. In January 2016, the videos were reported to the hacktivist collective Anonymous, and the FBI, a move that wound up being a fatal blow for the series. It wasn't long before all remaining videos on the Meatsleep YouTube channel were deleted by their uploaders, replaced with a single video entitled "No More."

"Enough," began the text on the final clip, which proceeded to lay out a basic explanation of the series structure. Composed of eleven people spread throughout eight countries, "Meatsleep" met regularly via Skype to roll dice. Anyone who rolled a three handled raw video. Audio went to the person who rolled a four. Receive a five, and you compiled the footage and sound.

"You have been the directors," Meatsleep's creators revealed. The team monitored message board discussions on the videos, and presented the internet's suggested theories and ideas to the group. Dice rolls decided whether the anonymous group encouraged the rumor through message board posts, or derided it. An online urban legend and source materials, decided almost entirely by chance.

"But now there is real life harassment," they wrote, referring to multiple instances of false accusations, including the doxing of a random woman who some Meat investigators falsely attributed as the person behind Meatsleep's horror shows. There are even reports of innocent people being confronted in real life about their "involvement" in the project. "For the victims of the harassment, we are sorry. You did not deserve these. You did not intend these," Meatsleep's designers wrote. "Enough. This is over. Stop." 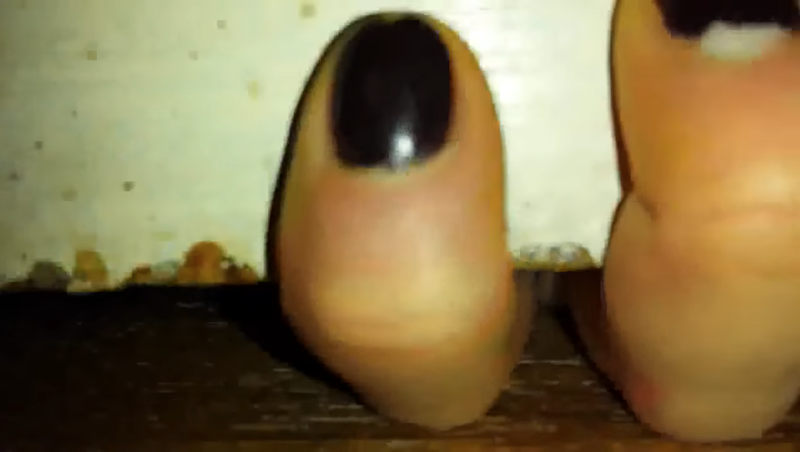 It's been nearly eight years since the anonymous poster "Meat" uploaded their final video, but their effects linger within certain corners of the internet, particularly the subcultures of creepypasta fiction and augmented reality games, or ARGs. Meatsleep overlapped those two worlds, a relatively common occurrence given both genres' penchant for dread-inducing anonymity, but it succeeded where so many others failed before and since thanks to a rare combination of talent, ingenuity, and pure luck. In the end, it succeeded too well.

This past November, videos began circulating on Reddit and elsewhere of a person dancing awkwardly to music in a dilapidated home. By virtue of blind luck, social media alarmism, and algorithmic reinforcement, these clips soon went viral, racking up over 22 million views. People swore CCTV feeds behind the anonymous dancer displayed kidnapped girls, a severed head, and other assorted horrors. It didn't take long before the person was identified as Sabrina Prater, a female-identifying contractor from Michigan. Would-be crusaders began their online scorched earth campaign in the name of justice, their doxing and harassment often accompanied by transphobic hate speech and death threats.

But there were no kidnapped girls, no severed heads—just someone who renovates homes for a living and enjoys dancing. Like Meatsleep, the truth was far from the most extreme theories. Unlike Meatsleep, there was no plug to pull on the project. No one could shut down Prater's harassment. "I'm sick of being hurt by this. I'm just like anybody else. I just want to be loved and accepted, man," Prater said tearfully in a video uploaded to their TikTok profile.

During the course of writing this story, another terribly timed coincidence. After years of virtual radio silence, the "SewnKin" alias Twitter account posted a devastating update. "With much sadness, the person central to SewnKin/Meatsleep has died this week," the user posted on Christmas Day. "The best of the channel was hers, and she was the best of us."

The person central to SewnKin/Meatsleep has died this week.

The best of the channel was hers, and she was the best of us.

"She had been subjected to many cruelties for most of her life. Still, she managed to find light, kindness, and good in herself, which she shared with those she encountered," the thread continues. "Friend or stranger, she tolerated no mistreatment of people. Regardless the cost to her safety or wellbeing, she intervened in every injustice she witnessed, and sometimes it cost her plenty."

No details were given as to their cause of death, although the deceased individual's alias was mentioned once: "Goodnight dear Bone, make nice dreams. Forever in our hearts."

It's difficult not to read between the lines of SewnKin's thread and infer Bone's death perhaps resulted from a culmination of tragedies. That said, reading too deeply between Meatsleep's lines rarely seems to result in anything positive. Multiple attempts to reach out to the SewnKin account were met with no response.

The intentionality of Meatsleep and the unintentionality of Sabrina Prater's viral videos showcase the ways in which the internet continually finds new ways of building deafening echo chambers through digital games of Telephone, of taking things past the point of "too far." People hunting for monsters often take it upon themselves to peek into what they are sure is a monster's home. They gawk at the unspeakable through what they first believe is a window, only to realize it's a mirror. But the sad revelation doesn't change our point of view or make us reflect; we simply move towards what we think is a new window, hoping this new portal will show us someone else. Even if we one day realize this is the home we've built for ourselves, it's already too late to leave it. We live here.