The Indie Horror Publishing Renaissance You May Not Know About

Novellas and indie horror publishing houses are the final girls of the publishing scene. 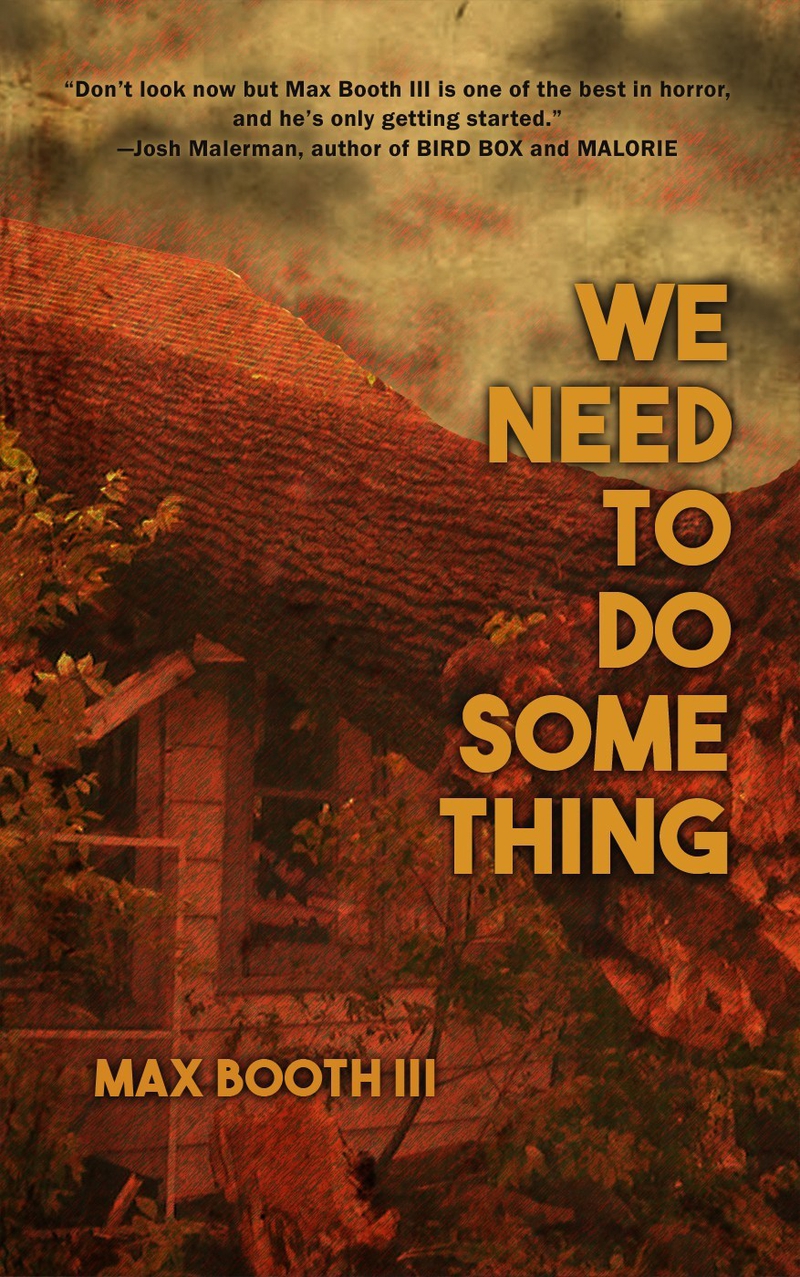 WE NEED TO DO SOMETHING Published by Perpetual Motion Machine

Hardcore horror fans descend upon each new film release like vultures hungrily circling the sky in wait. It doesn't matter if it's a big-budget behemoth or an indie flick. If it has any social media buzz at all, fans are taking to Twitter to be the first to give their verdicts. Until the next much-anticipated release, it may be all anyone talks about (and the film's title might make your ever-growing list of muted words— I was this close with Halloween Kills).

Beyond film, your dog-eared Stephen King collections, and the Anne Rice book you got at the used bookstore but haven't read yet (you've been meaning to get around to it, you swear), there is an entire universe of untapped scares ripe and ready for plucking. Allow me to introduce you to the ideal vehicle for horror and one that only small presses have the guts to invest in: the novella.

"There's something to be said about indie publishers being more open to doing things that traditional publishers are shy of," Sadie Hartmann, co-founder and curator of the horror book subscription service Night Worms, said. "Traditional publishers still hold their cards close about what they think is going to be successful and what market they're targeting, whereas an indie publisher is more adaptable and can take bigger risks."

The horror film and publishing communities are intrinsically tied, both to each other and to social media. "Horror stories work well when they're short, fast-paced, and intense, and the novella is the perfect length for that," says Antonia Rachel Ward, founder and director of Ghost Orchid Press. "You can see the same effect in movies, where the run time of horror films tends to be a little shorter than with other genres."

Most authors don't receive the same credit as Stephen King when their work is adapted, but soon it will be likely your favorite horror movie was a novella first published by a small press. In 2019, director and producer David Slade (30 Days of Night, Black Mirror) optioned Sarah Gran's demonic possession novella Come Closer for the screen. More recently, Brea Grant (Lucky, 12 Hour Shift) and producer Ed Dougherty launched their production company Squirrel Park with the announcement that they had secured the rights to adapt Jeremy C. Shipp's gothic novella The Atrocities. Last year, writer Josh Malerman (Bird Box) and producer Ryan Lewis, who co-own the production company Spin A Black Yarn, picked up Max Booth III's claustrophobic novella We Need to Do Something for adaptation; it made a splash earlier this year upon its release on-demand.

"For indie publishers, an awesome novella is more appealing because it costs less to run off copies of them," Malerman said. "This format is working for everybody involved: publisher, reader, reviewer, filmmaker, adapter."

But the work small presses are releasing aren't just good for the movie business. They are often created by people with a passion for amplifying marginalized voices and increasing awareness of social issues in a way that the Big Five publishers (Penguin Random House, Hatchette Book Group, Harper Collins, Simon and Schuster, and MacMillan) can't— or won't.

Sam Richard, whose small press WeirdPunk Books was conceived with a heavy focus on publishing solid LGBTQ+ horror, knows a lot about the power of the novella. In June, WeirdPunk released Eric LaRocca's Things Have Gotten Worse Since We Last Spoke, which went viral on Twitter and TikTok and resulted in an unprecedented sale of 30,000 copies— an enviable feat even for the Big Five. 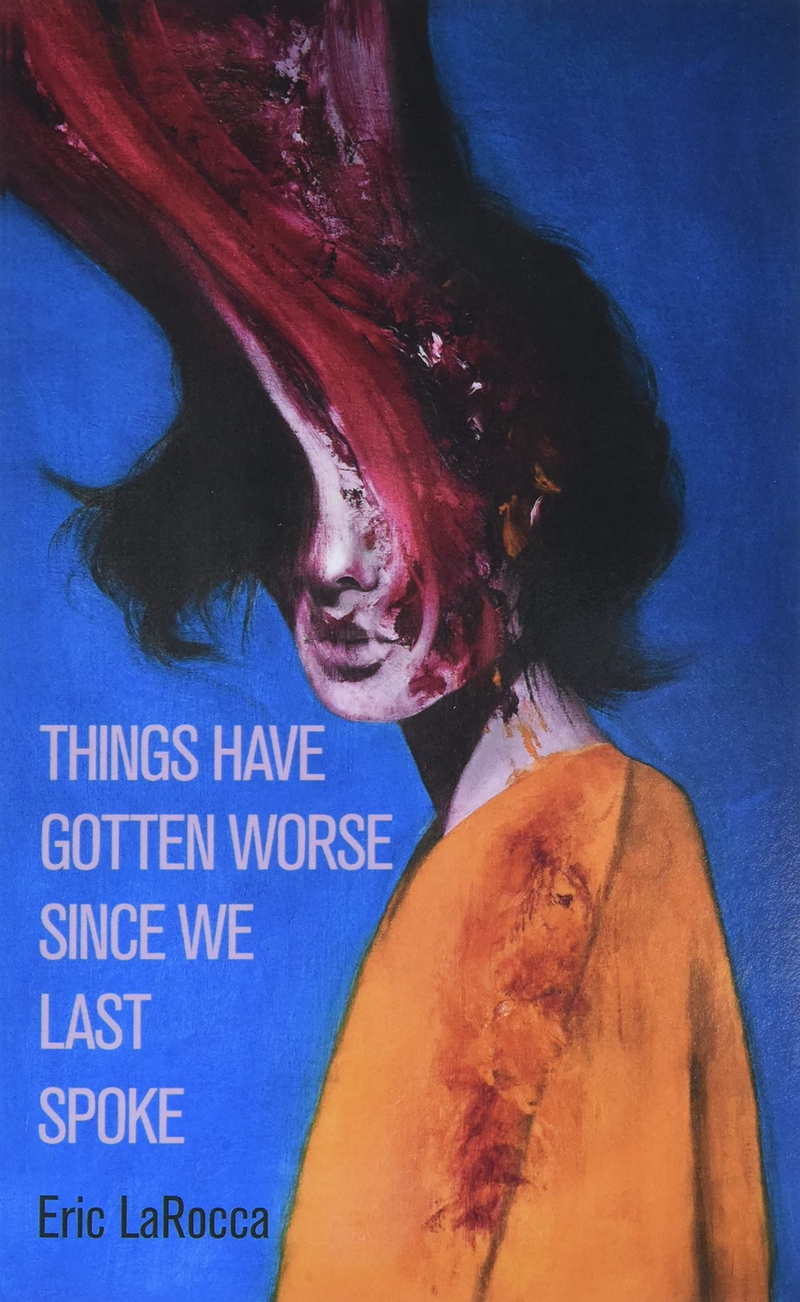 Small presses are at the heart of the long-standing grassroots horror movement, one that takes the problems of our time and turns them into narratives that highlight where we are headed as a society and as a planet. Horror, after all, is one of the first places societal ills are processed.

Selena Middleton created Stelliform Press as a response to the tropes in hard science fiction written by "white cis men who focused on technological fixes to climate change" as opposed to other voices who "focused on climate's cultural implications."

"I wanted to see more of those cultural climate stories grouped into climate fiction," Middleton said, "which necessarily means admitting into those sacred hard-science halls meditations on folk stories, superstitions, and other hallmarks of horror."

"The standstill of 2020 gave us time to hone in on our vision for amplifying underrepresented voices in horror," Lindy Ryan, founder and president, said. "As well as supporting the horror community through advocacy and other publishing initiatives, like charity anthologies and donations to scholarships and grants that support horror writers."

One need only look to Twitter to see that small presses in horror are having a major moment. Matt Blairstone, founder of Tenebrous Press, has a few ideas as to why.

"On the one hand, I think if there was anything good that came out of COVID and all the self-quarantines, isolation, despair, depression and anxiety that came with it…it was the number of creators who decided 'Fuck working for someone else; I'm gonna create my own thing, and if you want in on it you're welcome to come along,'" he said. "On the other hand, I would counter that indie horror is possibly the most bulletproof of genres. Its popularity may wax and wane, but dyed-in-the-wool horror fans are insatiable."

Still, for small presses to continue to capture the horror audience's eye, they need more readers talking about what they love on social media. Leza Cantoral, Editor in Chief at CLASH books, speaks to the challenges of running a small press.

"For a book to be successful, it needs passionate readers that will sing its praises [in real life] and on social media," Cantoral said. "We do not have an advertising budget. We have to rely on community hype and support to get the word out."

The question remains: Can this niche horror community capture the eye of horror film fans, and can it follow in the footsteps of other scrappy horror greats who started out with no money and a dream? Lindy Ryan may have said it best:

"Horror folks tend to be truly insightful and inspired people— and why shouldn't we be, considering we are the first to face our fears head-on, put ourselves out there, and fight to survive. And horror publishers have embraced the chaos, uncertainty, and opportunities of today's publishing landscape. We are the Final Girls, the ones who refuse to go down without a fight, and we are flourishing."